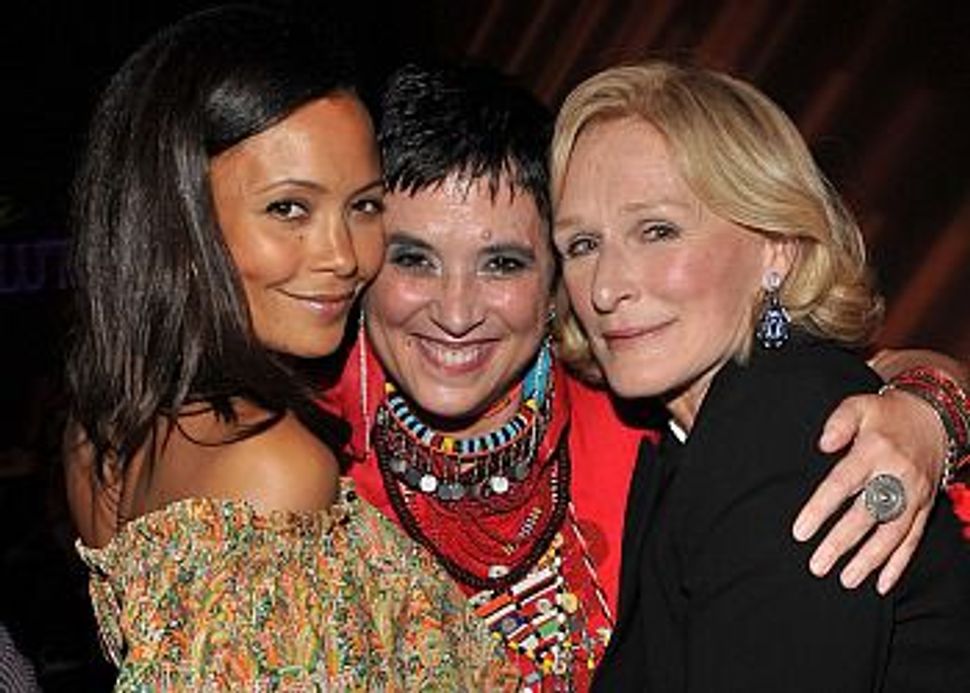 Much of the contemporary shift in Valentine’s Day tradition is due to Eve Ensler, the activist and playwright (with Jewish heritage) whose “Vagina Monologues” went from subversive art project to expected staple of the college theater calendar. And the play’s parent institution, VDay, during which we’re reminded that love and violence shouldn’t be conflated and that gender-based violence is a worldwide scourge, gets so much media attention that at least in activist-minded circles, it’s become almost as big a deal as that other day for which it is named. I know that every February 14th I will read and think about gendered violence as well as about “ten classic songs poems” or “six things to give her this Valentine’s Day.”

This year, Ensler’s V-Day project, “One Billion Rising,” features a worldwide explosion of flash mobs, dance performances and other kinds of movement to express solidarity with victims of rape and violence. At the same time as they protest violence, dancers and participants will express their joy about being alive and their bodies. It’s a complicated balance to strike, and perhaps Ensler’s consistently straightforward approach has a slight edge of schmaltz to it — but that direct appeal to the heartstrings is exactly what has enabled her almost as much as any other activist in recent memory to truly shift cultural conversations, in hopes of a time where women are “cherished, safe, and free.”

Another, newer and sillier Valentine’s tradition occurs each year on the 13th. Called “Galentine’s Day” it was created by Leslie Knope, fictional local government guru on the TV sitcom “Parks and Recreation.” Knope gathers her female friends together the day before Valentine’s Day and they celebrate each other over a meal of breakfast foods. A lovely occasion for friends to fete each others strength, independence and love for waffles, Galentine’s Day, now an internet meme in its own right, is the sitcom holiday that’s gained the most traction in real life since Festivus.

Different as these two newish holidays are from each other, I believe both of their popularity testifies to the need to respond to the absurd commercial Valentine’s Day push. Many of us don’t mind a day that ostensibly celebrates love, but we also hate the pressure to spend it in a certain way — and, more importantly, to spend money in a certain way. Sometimes it feels like the entire Wedding Industrial Complex stuffed into a single day of the year and topped with a giant teddy bear and too much sugar.

And so in different ways, these satellite holidays both point out the absurdity of fetishizing chocolate and jewelry — and the importance of celebrating the reality of women’s lives.