Women of the Wall Rally Hits NYC in March 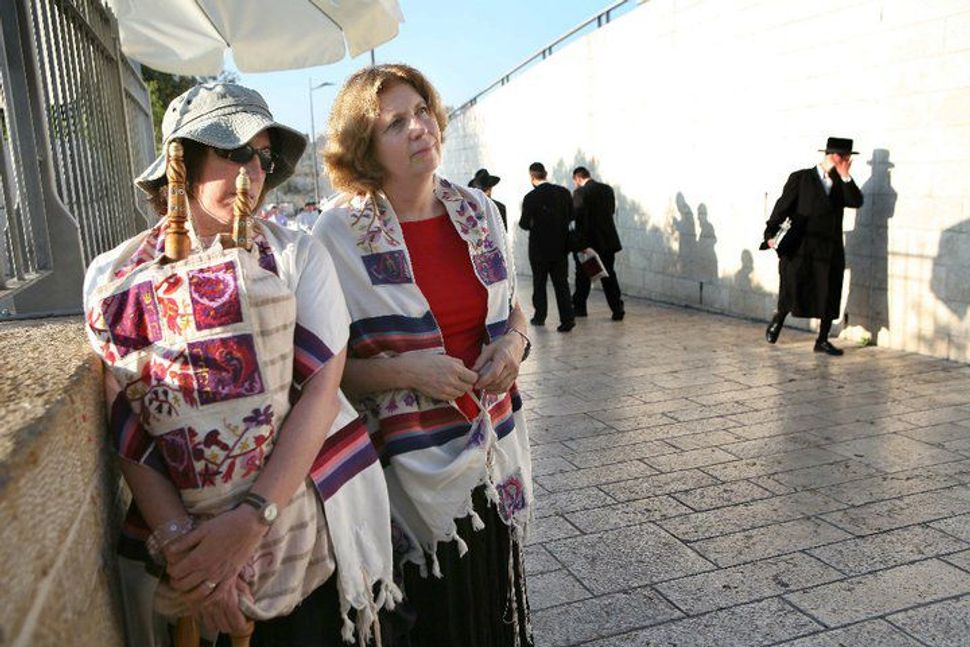 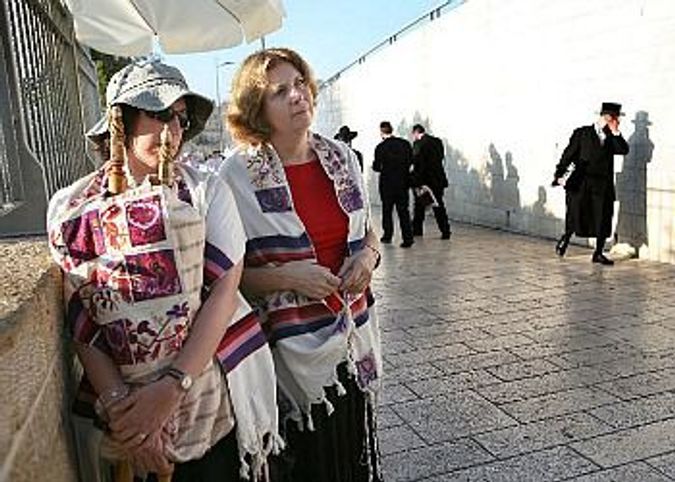 Anat Hoffman and another member of Women of the Wall stand at the entrance to the Kotel as Haredi men look away. Image by Wiki Commons

A prayer rally is being planned for Rosh Chodesh Nissan on March 12 to provide a way for Jews in New York to stand in solidarity with Women of the Wall, who will be praying at the Kotel that same morning.

The rally, billed as “Wake up for Religious Tolerance: Rosh Hodesh Nissan Solidarity Minyan in Support for Women of the Wall,” comes on the heels of 10 women being arrested at the Kotel Feb. 11 for praying while wearing prayer shawls. They were released a few hours later.

“The goal is first of all to have a really uplifting extraordinary Rosh Chodesh prayer service, and at the same time draw attention to those who can’t have that same experience because of the interference and harassment and arrests happening in Israel,” said Conservative Rabbi Iris Richman, one of the event’s organizers.

Shacharit [morning] prayers will be led by Cantor Shayna Postman, who works at Town & Village Synagogue in Manhattan. “She’s a woman davenning, but we are expecting to involve all four denominations in the service,” Richman said. Rabbi Robin Fryer Bodzin, who is known as one of the “Kotel 10” since being arrested on Feb. 11, will lead Hallel.

Organizers expect to obtain a permit for the service next week. Until then, they are not divulging where they hope to hold the event beyond saying that it is a spot outdoors in lower Manhattan.

They also hope to attract a crowd of hundreds of people, Richman said. Two Conservative synagogues, Congregation Ansche Chesed and Sutton Place Synagogue, both of Manhattan, have signed on as official supporters, and a couple of area day schools have expressed interest in bringing their students, she said.

A group of Orthodox women from Riverdale have said that they plan to come, Richman said, as have rabbis, cantors and laypeople from the liberal denominations.

“It’s pretty clear from the response we’ve gotten so far that there is a broad feeling among people that this is a time to act. It’s preferable to act than to respond with inaction and silence,” said Richman.

There was concern expressed on Facebook — the only place, at the moment, that information about the event has been posted, though Richman said they plan to do other marketing and advertising as the date gets closer — that this egalitarian event does not represent what Women of the Wall is fighting for, which is women’s right to pray separately and according to their reading of Jewish law, which for some permits them to wear tallit and tefillin.

Anat Hoffman, chairwoman of Women of the Wall, said however, that the group welcomes all expressions of support, though a reporter’s call on Friday afternoon was the first she had heard of the New York prayer rally plan. “This is great!” she said, after learning about the planned prayer rally.

“We are not about egalitarian prayer, even though they [egalitarian groups] must fight also for their space at the Wall. Right now, Women of the Wall is fighting for a change in the women’s section” at the Kotel. The organization’s petition to Israel’s Supreme Court, filed six weeks ago, would dismantle the Western Wall Heritage Foundation, which controls the space and is run by 15 men, she said. If they win that effort, “this is opening the door not just for us, but for everyone.”

“We want Jews of the Diaspora and the [non-Orthodox] streams to be represented” on the body that controls policy at the Kotel, said Hoffman. “A politician is defined by her or his ability to form unorthodox coalitions,” she said. “We’re all towards one thing: we want to make a change at the Wall.”

Women of the Wall Rally Hits NYC in March