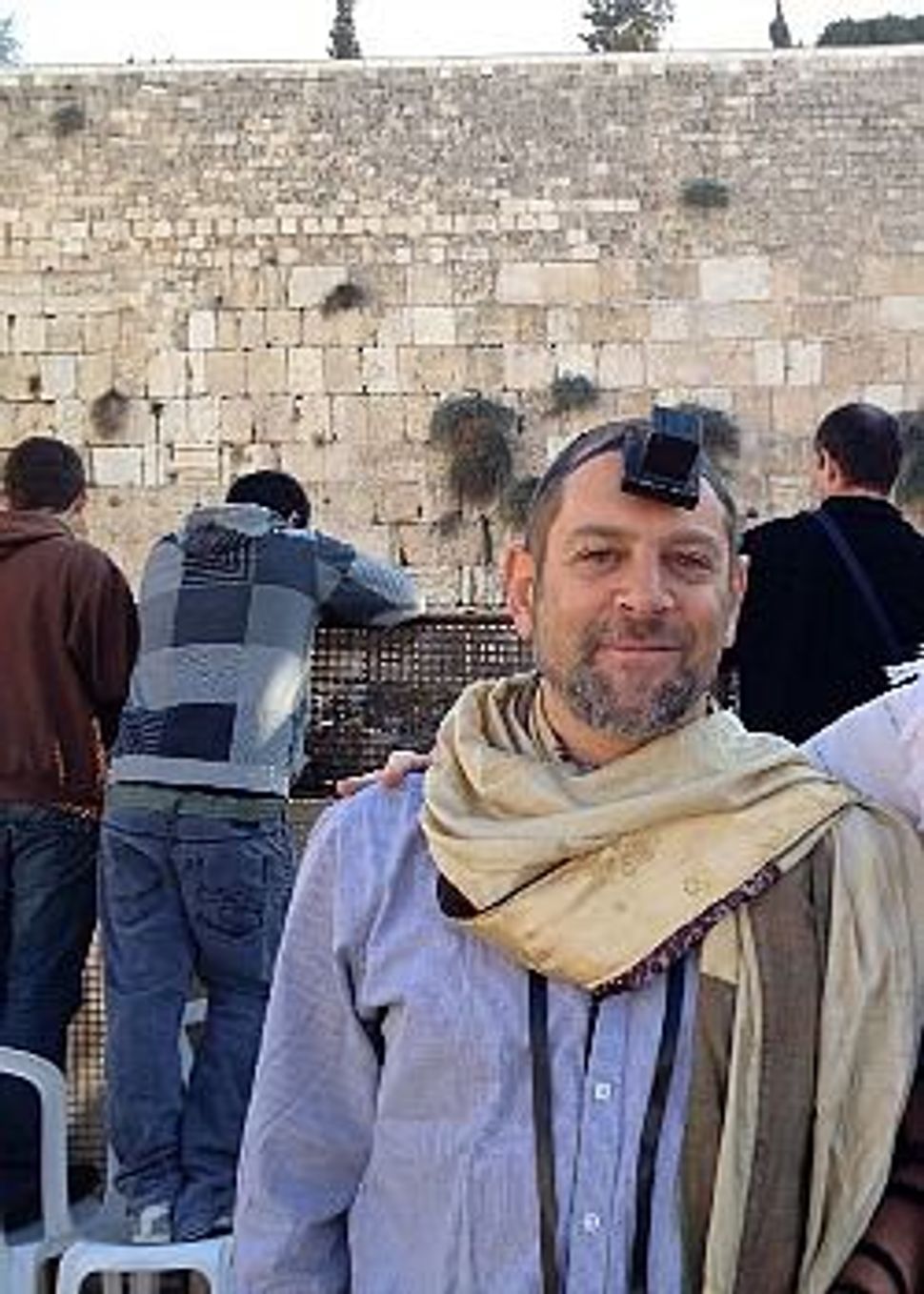 “I broke the law by smuggling prayer shawls into the site of the former Jewish Temple, right under the nose of the Israeli police,” he wrote. “I don’t feel badly about breaking a law, which is not even an actual law to begin with — but I feel terrible about the situation in which a place for prayer has become a circus of terror and an abuse of all that’s sacred.”

Lau-Lavie spoke with The Sisterhood by phone from Jerusalem to explain exactly what he did, why he did it, and what he thinks might be the best way forward in making the Kotel a place where all Jews can pray as they see fit.

THE SISTERHOOD: How did you decide to smuggle tallitot into the kotel for Women of the Wall to wear?

AMICHAI LAU-LAVIE: This was a result of my being at the Kotel for WoW’s Rosh Hodesh Tevet service two months ago and noticing what was happening with the confiscation of the women’s tallitot at the security checkpoint. So we, the men, just gave our own tallitot to some of the women at that time, and then we started to plan for this time.

Is it actually illegal for a woman to bring a tallit into the Kotel plaza?

It keeps shifting. Three months ago it was the wearing that was illegal, and women couldn’t wear the tallit in a “regular” way, draped all over the body. If a woman wore it as a scarf, then it was okay… But then the following month, we got word that as of that morning, they changed the rules and women couldn’t bring in tallitot at all… And now this past month, some of the tallitot were confiscated at security and some were not. Women were not stopped from wearing them during the tefillah prayer service, but were arrested afterwards, There’s no sense of rhyme or reason. It’s arbitrary and it keeps changing.

What exactly happened as you smuggled the tallitot into the Kotel inside your backpack?

It was a very sketchy situation. I was aware that I could be detained for what I was doing, but I wasn’t really sure that I’d be arrested. I had my tallit — the one I always use — and then I had four other tallitot (some belonging to me and some to women). I wore mine, and I distributed the others to women once I passed security.

It was a stressful situation… The police are given the instruction that they are only allowed to let in tallitot that look “regular.” What does that mean exactly? … I was trying to be non-confrontational and polite, but it was very distressing. There were a lot of people in line and there was a lot of shouting.

What’s motivating you to take this kind of risk?

It is unspeakable that a Jewish sacred location would not allow members of the community to voice their prayer and to pray as they see fit. And the horrific grotesque act of confiscating tallitot at the entrance to the kotel by policemen who are arbitrarily deciding what is, or what is not, kosher and legit is just a farce. I feel that this outrage must be protested and the rights of these women to pray as they see fit — including wearing tallit — must be protected. If I’m in this rare moment of being able to help out, then that’s a privilege and a requirement to protest.

Do you think there is really any solution to the situation?

I will be there in whatever way I can to protect and protest, for sure. But I’m also thinking with other people, fellow rabbinical students — Israelis and from overseas — of other ways of participating in this conversation to expand the notion of what happens at the Western Wall area.

I absolutely think that what WoW is doing is legitimate and important and significant. The only problem is that for some of us who are not them — by that, I mean men and people who want to pray coed — it’s not really where we want to pray. We want to support WoW’s prayer, but by being there, we don’t end up having a spiritual moment. We’re in a political protest. We’re thinking can we figure out another way of supporting them at that hour of the morning and be part of that campaign, but then later on at another part of the wall possibly creating and celebrating a more participatory, musical co-ed Rosh Hodesh service. Not as a way of challenging WoW, but as a way of saying there are many more ways we can celebrate Jewish life in this complicated sacred compound.

A possible solution would be to redistribute the area and make a legitimate third section… You get to choose whether you want to go to the men’s, women’s, or the mixed. Now, not everybody’s into that. Some WoW consider that treason because they’ve been fighting to have the main space of the Kotel. I understand where they’re coming from and I get the claim. I don’t know. I’m not convinced. I think we can figure out a very creative and delicate, yet bold compromise that looks to the future and looks at the evolution of the Kotel.