An American Mom in Israel 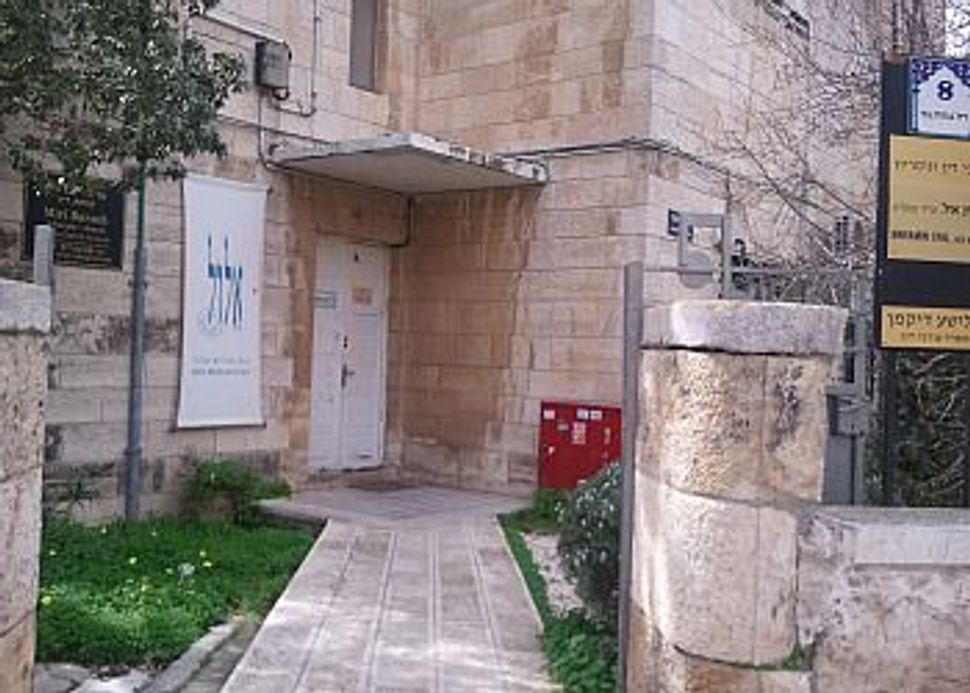 Elul, a Beit Midrash in Jerusalem. Image by Ilana Blumberg

In August, my family and I left Ann Arbor for a yearlong stay in Jerusalem. Ann Arbor is hardly a place devoid of intellectual and cultural ferment. Yet coming to Jerusalem was, for me, the chance to enter into a different ferment of ideas in a different language: Jewish ideas in Hebrew.

At the summer’s end, I devoted myself to locating optimal places to study. As a mother of three young children, I needed places close by with meeting times largely aligned with the school day. I did not know in August what I know now: that when choosing such places carefully, I was choosing them not only for myself, but for my children as well.

In Jerusalem, you rarely have to walk more than a block to locate a synagogue or a place to study Torah. And the places to study are far more varied than most American Jews can imagine. The last five to 10 years have seen a serious increase in the number of Israeli Jews across the religious spectrum engaging in the study of traditional Jewish sources. The place where I have chosen to spend the most time studying is Elul, a Beit Midrash around my street corner. Its name draws upon the rabbinic ideas: “Elu v’elu divrei elohim hayim,” which means “these words and those words are both those of the living God.” Elul is devoted to inclusive study for both secular and religious Jews, and everyone in between. (The new Knesset member Ruth Calderon, whose remarkable opening speech to the Knesset last week has already been viewed more than 175,000 times on YouTube, is one of the founders of Elul.)

One day a week for the course of a year, Elul runs what it calls a “Beit Midrash HaMithadesh,” a kind of renewal Beit Midrash. This year’s theme, “Here on this land,” is a quote from the great Israeli poet Rachel Blustein, and it takes on the ways in which Zionism connects with social reality. In Israel, this is the stuff over which elections are fought, homes are established and abandoned, and on which intimate friendships and communities often precariously depend. At Elul, by contrast, one can find that anomaly in Israel — discussion defined by listening as well as talking. Our texts this year are the tractate of the Mishnah and the Jerusalem Talmud, which examines the obligations to give charity from the land’s produce (Masekhet Peah), as well as selected works by major Zionist thinkers Hayim Nahman Bialik, Rabbi Isaac Kook, Ahad Ha’am and A.D. Gordon, among others.

Of the approximately 25 participants, all except myself are Israeli (though some were born elsewhere), and I am the only native English speaker. Some men wear kippot; some do not. Some women come in jeans, while others cover their hair out of modesty. Some of us arrive from the neighborhood; others from towns and cities ranging from Binyamina in the north, to Yeruham in the south, to the contested territories outside Jerusalem.

I am glad to bring Elul to the attention of American Jews who might not know of its programs, including those that traverse Israel and the United States. But I know that what really brings me to write this post is a simple fact, one I realized only recently: My children love to come to Elul.

Priya, 8, and Shai, 6, get out of school a little before Elul ends for the day, and they often come over to spend the last hour with me in the Beit Midrash. When my children come in the door, they are warmly welcomed with the remains of chocolate cake. They draw on scrap paper with pastel markers, and adults talk to them in Hebrew. Once, when Priya needed a day off from school, she joined me at Elul, sitting next to me, reading her novel in English as I studied Bialik with two women who have become my regular study partners. When she asked me the meaning of a word one of the women had said, I felt that all the dislocation and difficulty of bringing children across the world had been worthwhile, if only for this moment.

There are so many difficulties here: social and political challenges that look nearly impossible to resolve, and just as pressing as they are impossible. It is easy to feel hopeless here. But when I see my children sketching at Elul, or absorbing the study of a challenging poem in Hebrew, or spending time with adults who share a respect and curiosity for works of the past and their relevance among us today, I feel a sense of being in the right place at the right time. A sense of “zakhiti,” as they say here, reflecting on the extraordinary historical privilege of this generation of Jews who live in the modern state of Israel. And I feel impelled to broaden my circles and those of my family. Bringing my children to Israel means they can spend time at places like Elul. They can witness what it means for the sacred to be inclusive, joyous and regular at the same time. They see how Torah study casts responsibility on people and responds to their desires at the same time. My children can absorb the air of the land of Israel, which the Talmud tells us itself offers wisdom.

An American Mom in Israel