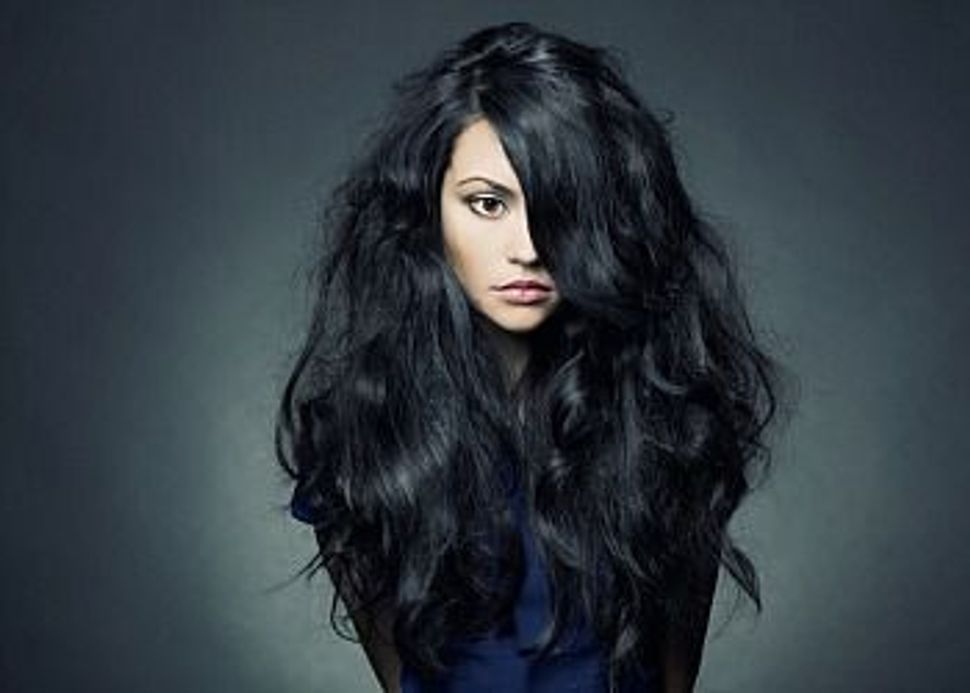 Esther saved the Jewish people because, so they say, she was smart and brave. When she learned of the genocidal plot of Haman, the vizier to her husband, King Ahasueres of Persia, she revealed that she was a Jew and pleaded for her people to be spared.

Esther’s daring act of approaching the king, confessing her nationality, and requesting the Jews be saved from certain death underpins the story of Purim. But as relatable as the holiday’s heroine is meant to be, few of us would get the opportunity to act as she did. Ahasuerus had chosen Esther above all of the other girls in his harem; to put it plainly, she was able to save the Jewish people because she was the hottest woman in the room.

But the story of Purim isn’t the only reason I’ve been thinking about Jewish women, beauty and the pressure to look a certain way.

First, I read this Jewcy piece by Emily Shire (who also writes for the Sisterhood) about how Jewish girls and women have a particular preoccupation with thinness. I had never thought of the issue that way, possibly because, unlike Shire, I grew up in a town where Jews, though hardly invisible, were not the majority. In my experience, (natural) beauty and (effortless) skinniness were expected of all girls equally, as were good grades, athleticism and flawless hair.

My mom was similarly unsure about the premise, though when I read her a sentence about Jewish women being especially devoted to the diet beverage Tab, she said excitedly, “Ooh! I remember Tab!” I tried to recall whether, in my youth, Jewish girls I knew cared more about being thin than the others. I wasn’t sure.

But now, as an adult, I think perhaps we do. The other day a friend mentioned that an acquaintance, a Jewish-Hispanic woman, had “married a white dude; her kids look totally white.” I cynically said, essentially, “good for her, because Jewish guys don’t want us anyway unless we’re size zero.” My friend replied, “Exactly,” and added that the Jewish men she knew preferred “Asian girls with big boobs — another white elephant.” It’s important to clarify that my friend is a) long-married and b) neither Jewish nor Asian. Jewish women are now expected to be thinner (read: prettier) than the competition, to the point where even outside observers notice it.

While pondering this rather depressing state of affairs, I noticed Purim on my calendar, preceded by the minor fast day of Ta’anit Esther. Esther fasted for three days before approaching Ahasuerus. How many pounds, I wondered, could one lose doing that? Because if I was requesting a stay of execution for my entire community based on my attractiveness, I’d want to look as good (read: thin) as possible when doing it.

Esther is not the only Biblical woman who relied on her looks to help defeat enemies of the Jews. Judith got close enough to decapitate Holofernes because he desired her, and though it isn’t explicitly stated, it’s hard for me to believe Yael lured Sisera into her tent simply by promising him a drink. Of course, plenty of other ancient women might have had the guts to wield tent pegs against their foes; we only hear about the ones who got the opportunity.

These days, hopefully, it’s different, but for much of history a Jewish woman could only change the world by being noticed. Even today, you don’t get plucked from obscurity for your personality. The idea that looks can bring salvation runs through the Jewish female experience. If you can catch the eye of the King or even flirt with the Nazi officer, maybe you’ll change his mind. Maybe you’ll live.

I suppose every little tribe under ancient Persian rule had their would-be Esther, who hoped the king would repay her presence in his harem by lending support to her cause. But not all cultures would approve of such things. So I wonder if the celebration of women who do good by means of their beauty is particularly Jewish. I wonder if some relic of it hangs on to this day, and is expressed in the pressure to be prettier, to be thinner, to be the one who might get noticed and save us after all.