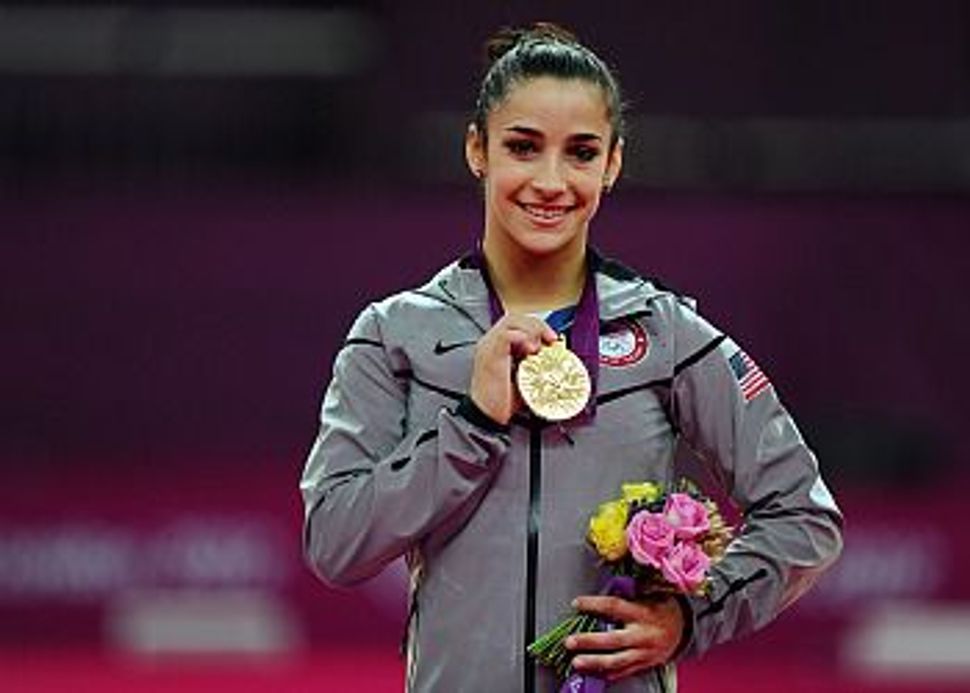 Aly Raisman?s next stop could be ?Dancing With the Stars? Image by Getty Images

The official cast for this season will be announced tomorrow on “Good Morning America,” but a few names have already started to leak. One of those rumored contestants is Raisman, who started to raise suspicions when she tweeted back and forth with another possible contestant, Houston Texans player JJ Watt, about their dancing skills. “It looks to be pretty official that it’s happening,” says Lindsey Green, who has covered gymnastics for New York magazine and blogs at The Rings. Green points out the close association between Raisman and fellow Olympian Shawn Johnson, who also competed on — and won — a season of “DWTS.” Raisman and her “Fierce Five” teammates even appeared with Johnson this year when she competed in “Dancing With the Stars: All-Stars.”

However, the Raisman pick isn’t sitting pretty with some of the show’s fans. One argument is that she’s less musical than some of her other teammates. Meanwhile, a few commenters on Television Without Pity say that Raisman only got the “DWTS” nod because she’s the sole over-18 member of the “Fierce Five.” (Due to laws governing the entertainment industry in California, where the show tapes, people under the age of 18 cannot work over a certain number of hours, which would drastically limit a contestant’s dance rehearsal time.)

So why is Raisman, still a competitive gymnast, willing to compete on a TV dance contest? For one, the money. A leaked contract showed that Shawn Johnson earned six figures for being on the show, with incentives for placing higher. Even though Raisman has endorsements, it must be hard to turn down a big paycheck. Second, it could also signal Raisman’s hopes to transition into an entertainment-related field like TV presenting. She already presented an award at the MTV Video Music Awards and appeared on a float at the Macy’s Thanksgiving Day Parade, although both of those appearances were with her teammates. It’s possible that Raisman wants to strike out on her own and be known as something other than one of five. And even if she chooses to try and make the team for the 2016 Olympics in Rio de Janeiro, taking a break to do a TV show might not be a bad idea since this specific show involves plenty of exercise. “Hopefully, like with Shawn, the show will help Raisman’s overall dance technique, which many felt has lacked in her gymnastic routines over the years,” adds Green.

As a longtime “DWTS” fan, I think Raisman has a ton of potential — but her success still depends on her partner, their chemistry, and the skills and fanbases of the other contestants. (Right now, country singer Wynonna Judd and boxer Victor Ortiz are among the other rumored cast members.) If she’s paired up with a talented choreographer who doesn’t let her over-rely on gymnastics tricks, she could definitely go all the way. We’ll know more tomorrow.