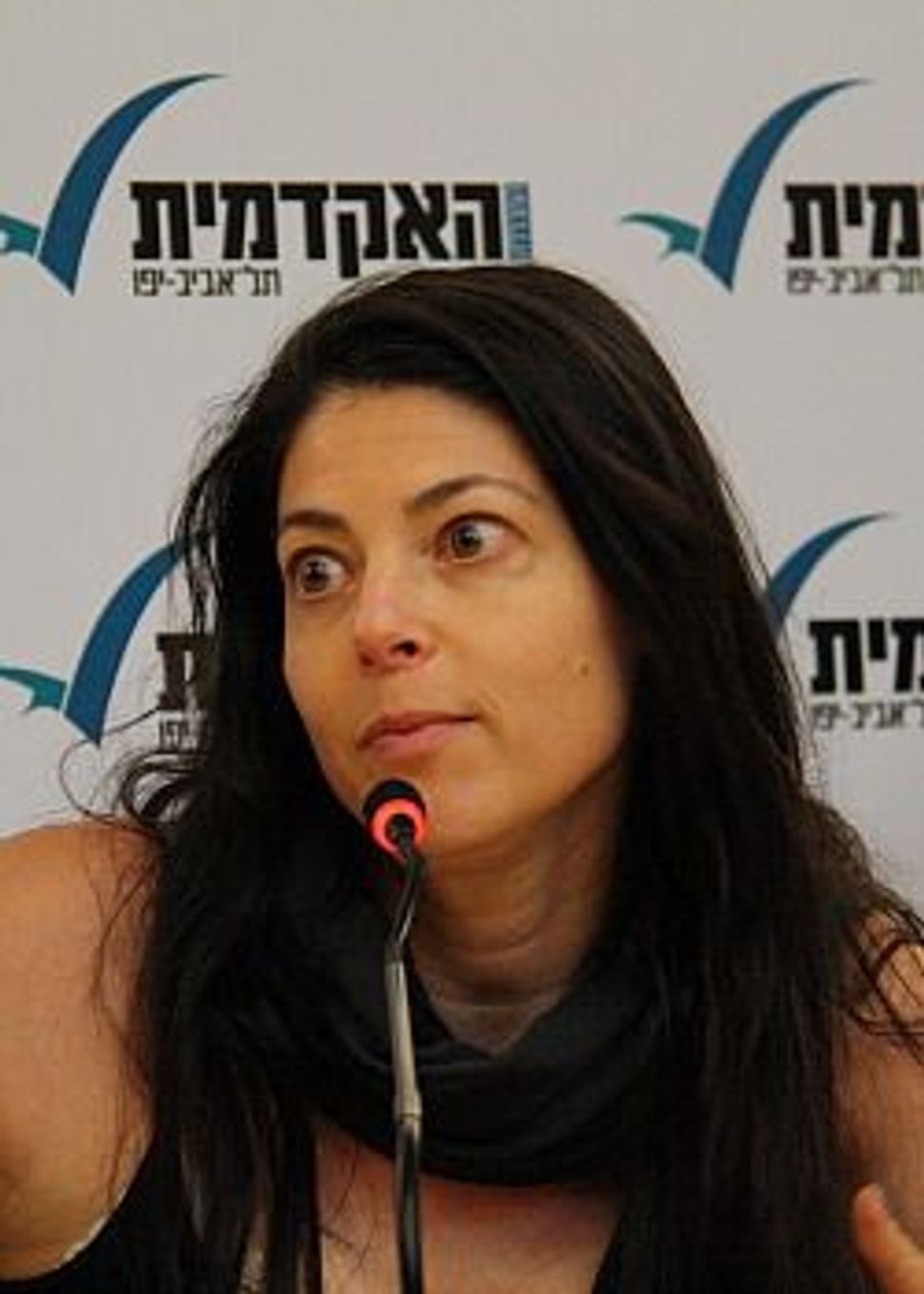 The minute I saw that new MK Merav Michaeli’s inaugural (some call it “maiden,” but I prefer “inaugural”) speech to the Knesset on Wednesday had gone online, I immediately remembered a Sisterhood post I wrote prior to the recent Israeli elections about Ha’aretz political writer Yossi Verter’s sexism.

In a piece on the Labor Party list, Verter had made fun of a particular feminist trait of Michaeli, a successful journalist: “One thing she is going to have to cure herself of immediately is her silly and childish habit of speaking in the feminine gender. If she chooses to speak in the legislature and committees like that, she will quickly become the laughing stock of the 19th Knesset.”

In her unmistakably feminist speech, the newly minted MK Michaeli did speak using the feminine gender (she actually used both feminine and masculine genders, always mentioning the feminine first). And guess what? No one laughed. Rather, her fellow MKs all sat and listened to her with rapt attention.

From the very beginning of her remarks, Michaeli made it clear where she was coming from — her feminist outlook and her family legacy (her grandfather was the controversial Rudolf Israel Kastner, who paid a ransom to the Nazis to save the lives of 1,600 Jews, and who was assassinated in Tel Aviv in 1957 after an Israeli court found him guilty of collaborating with the Nazis). Both of these factors, she said, give her a perspective that is somewhat outside of the mainstream, “not from the consensus,” as she put it.

“I have no other place but here, but it is from this place that my criticism grows. It is a place where on one hand, I am part of a founding family, but on the other hand I am a woman,” she said. “Albeit a privileged woman… but still a woman. A woman who is still a minority in a society that is of the masculine and the military.”

Michaeli said she was not interested in being a sacrifice to a cause. She said she and other feminists are fighting not only for women, but to introduce a feminist sensibility into all aspects of Israeli life for the sake of the future of all the country’s citizens. She sees the exclusion of women as merely a symptom of the exclusionary practices and trends in Israeli society in general.

“The problem of the exclusion of women does not start and end with army ceremonies or buses. Exclusion of women starts first of all in this house, where fewer than one-quarter of the members are women,” she said of the Knesset.

Michaeli’s speech comes not long before International Women’s Day on March 8, as does a call from the Ministry of Industry’s Office for Equal Opportunity for the appointment of more women to key Knesset committees, like security and foreign affairs, finance, economy and state audit.

Ynet reports that in the last four Knessets, women never chaired any of the key committees (with the exception of a woman who partially served as chair of the state audit committee in a rotation arrangement). Also, women made up between 7 to 16% of the membership of any Knesset committee. Only one woman, Dalia Itzik, has been Speaker of the Knesset, while 15 men have held that post.

Will things change with women comprising a record 22.5% of the new Knesset, and with strong feminists like Michaeli having taken their seats in the assembly? After hearing Michaeli’s speech, as well as that of Ruth Calderon (hers went viral), I’m choosing to be optimistic.