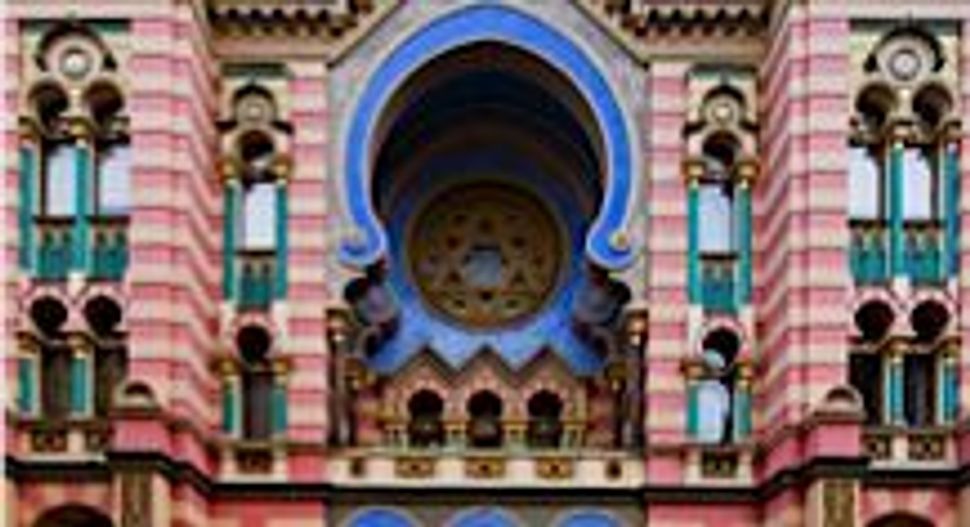 In the summer of 2001, my father and I went to Boston for a few days. I was starting graduate school at Emerson College that fall but knew almost nothing about the city, so some preliminary apartment hunting seemed in order.

By the end of the first day, I decided that the Coolidge Corner neighborhood in Brookline was my preferred place to call home. My father agreed, but not because of the independent bookstore, movie theater and Trader Joe’s, all within a block of each other. “I’ve seen three synagogues so far!” he exclaimed as we walked along the bustling streets. “You won’t have any trouble meeting a nice Jewish boy here.”

It’s embarrassing to admit that, at age 35, I’ve never joined a temple on my own. I attended college in the same town where I grew up and went to my childhood synagogue for High Holiday services. In both Boston and New York, where I moved after grad school, I synagogue-hopped, sampling services at neighborhood temples and various branches of Hillel in the full knowledge that I wouldn’t be staying in either city for the rest of my life. When I moved to D.C. I tried to settle on a synagogue, going to a number of services at both Georgetown University and Sixth and I, a historic temple in the city.

Yet neither of these congregations felt right to me, at least not enough to seriously entertain the idea of becoming a member — and I knew that I’d need to be 100% committed to even think of selling my husband on the idea. Although he is so willing to raise our daughter Jewish that he reads her a page of the Talmud every night, he balks at the idea of paying yearly membership dues, which apparently didn’t exist in his hometown Catholic church. To justify the cost, we’d need to belong somewhere that we wanted to attend regularly — so that meant a place where a mixed-religion couple with an infant would be welcome.

After ruling out all of the options that weren’t accessible by public transportation, we were left with precious few choices, and none were in our neighborhood. Finally, I mentioned our search to my mother, a retired reference librarian, and within a couple of days she emailed me the website of a Jewish organization on Capitol Hill that offered services, community functions and a religious school.

Problem solved, right? Almost. Now we just have to actually attend a service, something that I’ve been putting off for months. My ambivalence stems in part from what Sisterhood contributor Rachel Rosmarin described in “31, Jewish, and Nowhere to Go,” as a “Catch-22,” that is, knowing what your ideal synagogue is like, yet fearing that the closest physical option might not meet those expectations. I’m afraid that my family will not be welcome in the Capitol Hill congregation, for reasons I can’t even identify, much less verbalize. I suspect they have something to do with my deep-rooted fear of rejection — and would be better worked out on a therapist’s couch than a continuing aversion to Friday evening services. However, this is their current manifestation, and that is part of the reason the only synagogue my daughter has set foot in is my parents’ in Michigan, where we held her naming ceremony.

I’m also afraid of being disappointed, which has a different flavor than my fear of rejection. I didn’t realize how important being a part of a Jewish community was to me until I was in graduate school, living far from where I grew up and knowing very few people in my new city. This need caught me off-guard — I spent many more hours complaining about religious school and Hebrew lessons than actually enjoying them, and my family never attended more than High Holiday services and the occasional Friday night service when I was growing up. Yet as I’ve moved through adulthood, I feel the lack of this community more intensely than I ever would have expected.

I’ll remind myself of all of this the next time I linger over the website of this Capitol Hill organization, reading every bit of information as if those lines will hold the reassurances and promises I’m looking for. And I sincerely hope that we will mark the next High Holiday season among our local Jewish community. But I also find a measure of reassurance in the knowledge that it doesn’t take a congregation to celebrate being Jewish. I’m looking forward to Passover next month, when my husband and I will host our daughter’s first Seder. The non-Jews in attendance will outnumber the Jews, but what matters is that we will be celebrating with friends and family.