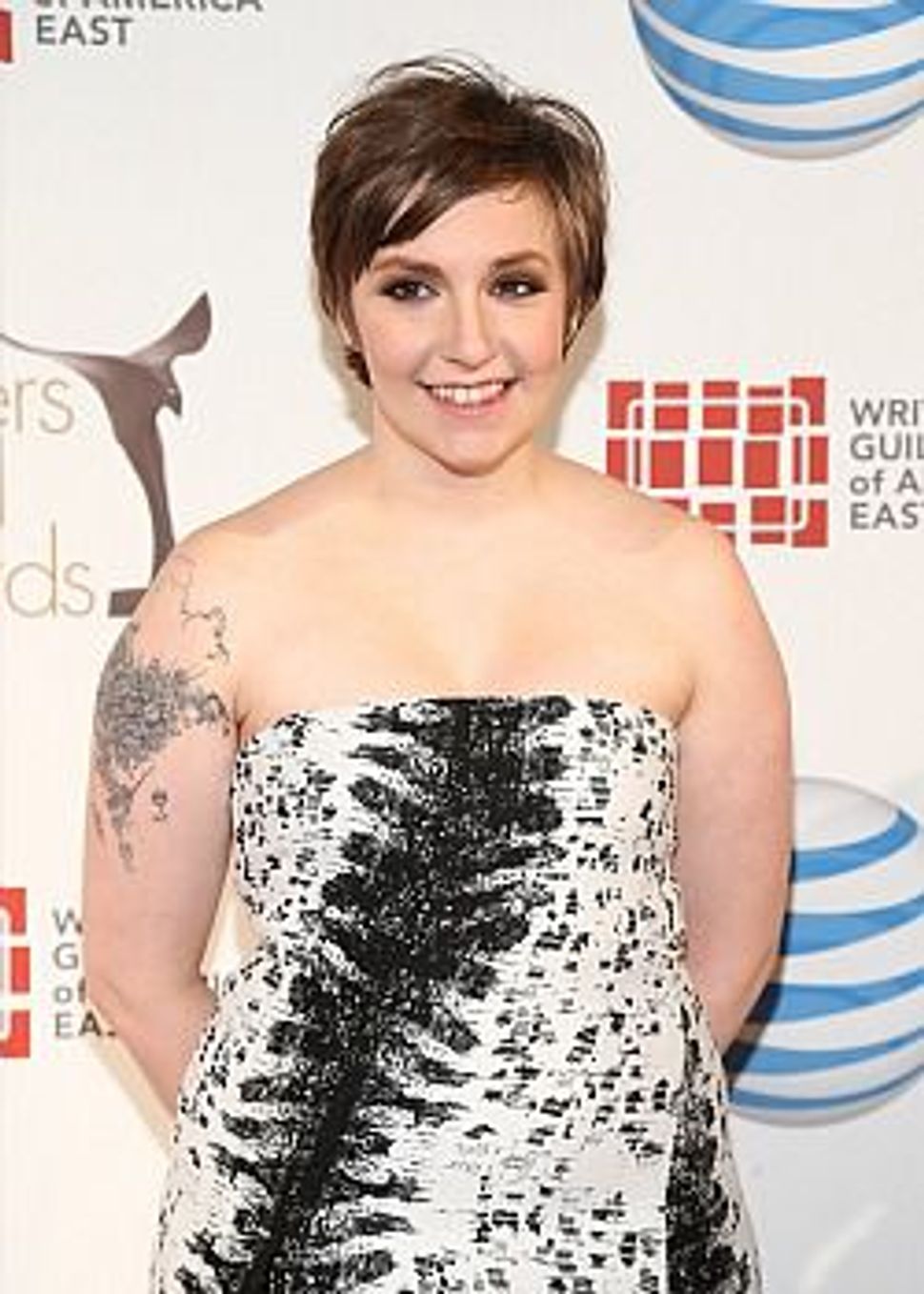 Increasingly, over the past several weeks, I have found the follow question intruding into my thoughts: When, please, will someone make Lena Dunham go away?

It’s not that I have anything personal or professional against Dunham herself. I have never seen her breakout film “Tiny Furniture” or her angst-inducing HBO show “Girls.” (Okay, I have seen two clips from “Girls” on YouTube, and I found the acting wooden and the dialogue, though neither realistic nor dramatic, entirely predictable. But that’s fine; I am old. Despite Twitter insisting I follow her, I am not Dunham’s audience.) My complaint is not about Dunham, but rather the incessant coverage of her, her work, her privilege, her boyfriend, her weirdly-fitting dresses, her outrageous book deal, and her TV character’s every partially-clothed move.

I should point out that I do not, for the most part, follow pop culture on purpose. Non-stop dissection of all things Dunham is simply what I get from trying to be reasonably aware and informed about the world around me, especially when it comes to content by and about women and Jews.

The cacophony reached what felt like unprecedented loudness over the past few weeks with the airing of the second season of Girls and Dunham’s Purimspeil at the Jewish Museum in New York. (I did read the text, which was, I’m sorry to say, not particularly special.) Even last week it was as if the only famous people in the world were Dunham and the Pope. The Pope, however, went away.

I guess, if someone Jewish is going to dominate endless entertainment news cycles, I should be relieved that Dunham is at least a mostly positive figure, an accomplished and seemingly decent human being. She’s not going to collectively embarrass us, like Dov Hikind or Amanda Bynes. I should also in theory be ecstatic that a young woman who is average-looking — and willing to present herself as unfortunate-looking, even — is getting any mainstream American attention at all. Where was this much-needed concept when I was 14 years old?

And yet, I can’t get behind the hype. Perhaps it’s because so much of the attention paid to Dunham is negative, and not in a constructive way. She’s Jewish, yes, but though her ethnicity gets her noticed by Jewish websites, it doesn’t inject any nuance into the rants about how everyone on “Girls” is white. She’s not skinny and her face is not flawless, yet her ubiquity doesn’t feel like the start of a trend towards casting actresses of different physical types so much as a sort of national rubber-necking. Witness the critical [confusion][3], the thousands of words written about whether Dunham’s character (who shares Dunham’s appearance) could in fact land a guy who looked like Patrick Wilson. If that is the public reaction to the role model my 14-year-old self didn’t have, then maybe that’s a good thing.

Ultimately there are two possibilities. Either Dunham is not worth all this hoopla and everyone is wasting their time and will feel silly later, or she truly is the most talented TV writer/ Jewish woman/person in the world.

Because I consume celebrity news mostly passively, it was a bit difficult for me to come up with some famous Jews who have slightly lower profiles than Scarlett Johansson, Bar Rafaeli or Natalie Portman. (Or, for that matter, Seth Rogan or Drake or Judd Apatow.) And I did think of some who fit that category. But then I realized I’ve probably never heard of the people I really wish were getting the coverage, because no one’s covering them. I’m sure they’re out there, quietly acting in Broadway plays and making music and writing books that never get reviewed in the New York Times. I’m sure some of them also have personal lives that are as exciting — or as dull — as the handful of current favorites. Wouldn’t it be better for all involved if some of the Lena-mania was balanced out with coverage of them?