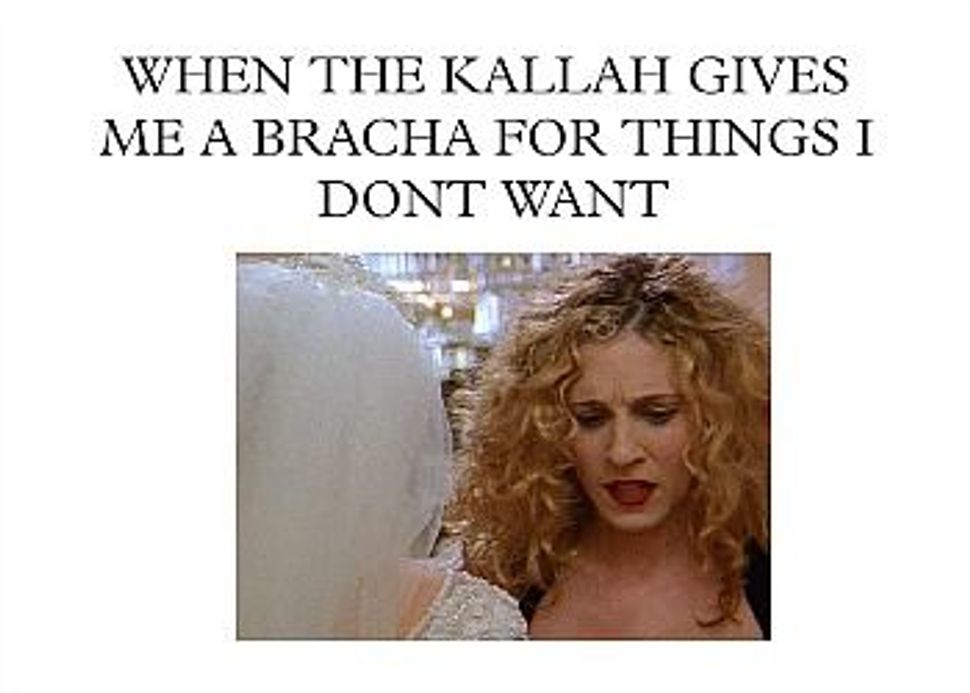 The thing about youth web culture is that kids of every background will appropriate trends to fit their own lifestyles. It’s not so easy for fashion, music or even food. But a social media meme? It’ll tear across the Internet, equally amusing to young netizens regardless of gender, race or class. And if Internet access is allowed in the home, it will even find its way to the Orthodox.

Consider the animated GIF. It’s a retro image file type from way back in the early days of blogs — a low-resolution, quick burst of video. Though the technology was popular circa 1998, it’s making a comeback 15 years later. GIFs are usually used to comedic effect. The most popular sort is the “reaction GIF,” in which one posts a video snippet of a funny facial expression (usually a pop-culture reference) to convey an exaggerated form of one’s emotional response to news. The reaction GIF trend snowballed into a series of Tumblr “microblogs” that detail the joys, disappointments and idiosyncrasies of various youth sub-cultures and lifestyles: law school, fraternities, raves, summer camps and so on.

And so, naturally, followed the Orthodox Jewish students. I found three well-populated but anonymously curated reaction GIF Tumblrs in this vein, though there are surely more. What’s most interesting about these is that many of the entries seem to be submitted by Orthodox Jewish young people of all stripes, with infinitely varying degrees of observance. They are single men and women, and they are married with kids. There are baal teshuva situations and even converts. These Orthodox Jews are savvy enough to make jokes about “The Hunger Games” just before Yom Kippur, and cleverly reference the famous “30 Rock” sketch “working on my night cheese” just before Shavuos.

Whatshouldwelchaim:
Check out the “Shomer High-Five,” which pokes fun of the Orthodox prohibition between opposite-gender touching with another “30 Rock” gag.

Allidoisjew.tumblr.com:
A popular post poked fun at stereotypical Jewish hypochondria with a clip from “Modern Family.”

Frumgirlprobs.tumblr.com:
This one highlights decidedly female problems with posts about the humiliations of “shidduch dating,” Frumster.com, singles Kiddushes at shul and generally being a single Orthodox woman. Here’s one invoking Carrie Bradshaw: “when the Kallah gives me a bracha for things I don’t want.”

Jewish GIF humor isn’t limited to Orthodox circles, however. This slightly risque GIF Tumblr, for instance, celebrates the talents of Jewish male celebrities, occasionally in various states of undress. And, in what might be a slightly pejorative trend, GIFs of Ultra-Orthodox men dancing and praying seem to be making rounds all over the Web. Then, there’s this one of what appears to be, incongruously, a Hasidic man riding a motorcycle. It pops up often.

One new social network that’s lacking Jewish short-video humor is Twitter’s new mobile app Vine. Using your smartphone’s camera, the app lets you record a six-second looping video, which creates a stop-motion style clip that looks a lot like a GIF. Sure, Jewish-sounding actor Adam Goldberg has emerged as one of the funniest clip-makers on Vine, but he doesn’t self-identify as Jewish. That means there’s still a chance for anyone to bring a new brand of Jewish humor to this highly tweet-able video platform. Get GIF-ing!