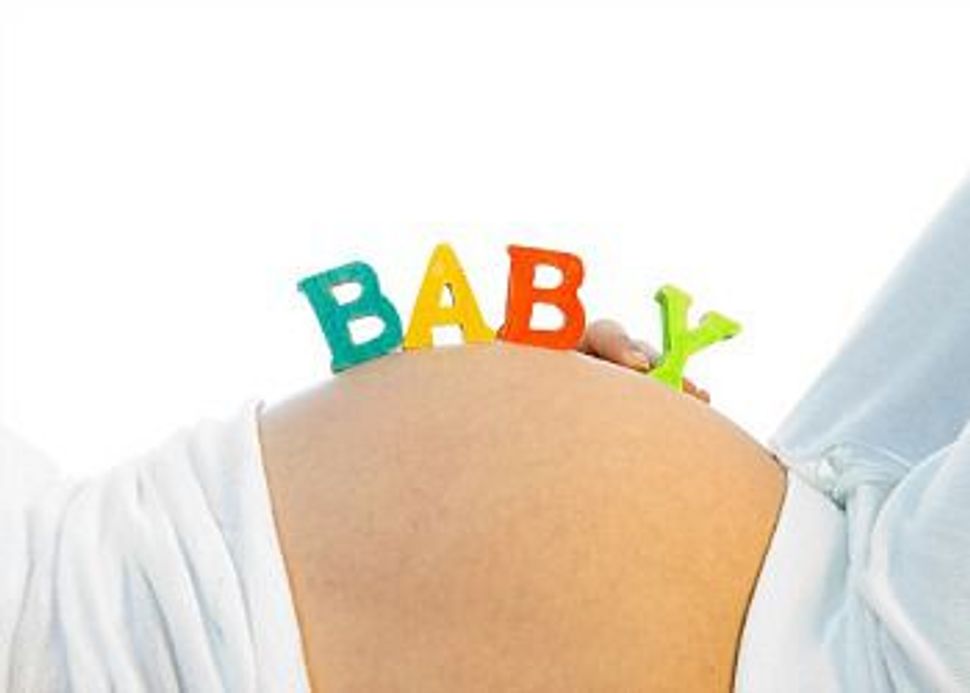 The Tel Aviv Labor Court recently ruled that an Israeli religious school cannot fire an unmarried teacher for becoming pregnant by in-vitro fertilization. The decision has sparked a lot of discussion. For me, it highlights the contradictory expectations put on Jewish women, especially those who choose to live and work in Orthodox communities.

The court ruled that it was illegal for the ulplana (religious girls’ high school), where the teacher had worked for eight years, to fire her for not upholding the school’s values by exposing the students to alternative family models. “The right to be a parent, the freedom to work and human dignity and liberty” are superseding, according to the court’s decision.

To be clear, the school had no halachic objection to a single woman becoming pregnant by IVF (there are rabbinic rulings in favor of it), but rather to the supposedly unacceptable example the teacher would set for her students. The rabbinic authority consulted by the school declared that while teachers who are divorced or “spinsters” are not optimal role models, they are merely unfortunate and have done nothing negative. However, a single woman who becomes pregnant does “contravene our Torah outlook,” according to the rabbi.

Much of the discussion of the case has focused on what the ruling says about the limits on the autonomy of the national religious school system. One can view the court’s decision as a warning to certain sectors of Israeli society that enjoy broad autonomies that they are not above the law of the land. A Haaretz editorial said that the decision

“sends a clear message to the leadership of the religious Zionist education system. Although the right to a separate education system is enshrined in law, this right is not unlimited. Other basic rights — in this case, the right to motherhood — are sometimes more important.”

What I find most interesting about this case is how attitudes in the Orthodox community, like that of the school, leave women caught between a rock and a hard place. On one hand, there is intense communal pressure on young women to marry and have (many) children. Religious couples are encouraged to resort to assisted reproductive technology (some say they are obligated) if they have trouble conceiving.

On the other hand, the first mitzvah in the Torah, “pru u’rvu” (be fruitful and multiply) does not apply to women in the strict halachic sense. In a d’var Torah on “Women and the Mitzvah of Pru u’Rvu,” Rabbi Dov Linzer of New York’s Yeshivat Chovevei Torah writes: “From a halakhic perspective, a single woman can, by and large, choose to remain single and never marry nor have children.” He examines various interpretations of the mitzvah over the centuries that lead to this conclusion.

A woman, however, has the right to waive her exemption from the mitzvah — just as the teacher who brought the legal case did. But if she chooses to fulfill the commandment given with the first of God’s words to humans, she is socially condemned for doing so outside the framework of marriage.

I am glad that the court decided in favor of the teacher, but I am saddened by the fact that she had to sue in order to get justice. The situation should not have ended up a legal battle. It should have been turned into a teachable moment for the school’s students. Not only did the school fail to give the teacher credit for aspiring to motherhood, it didn’t give the teenage girls due credit either.

The school’s administration was clearly afraid of change. It worried that if the students saw that their teacher was a single mother by choice, they would think it was a legitimate option. The truth of the matter is that it is a legitimate option. But the students would most likely already be aware that it is not necessarily the optimal way to become a mother. Even teenagers know that single parenthood is hard and not something a person, given a choice, takes on lightly.

That is not a lesson they need to be taught. The lesson they should learn is that life doesn’t always work out the way you think it will or should. But that does not have to keep you from fulfilling your dreams — especially when you are not transgressing the law, either civil or religious.