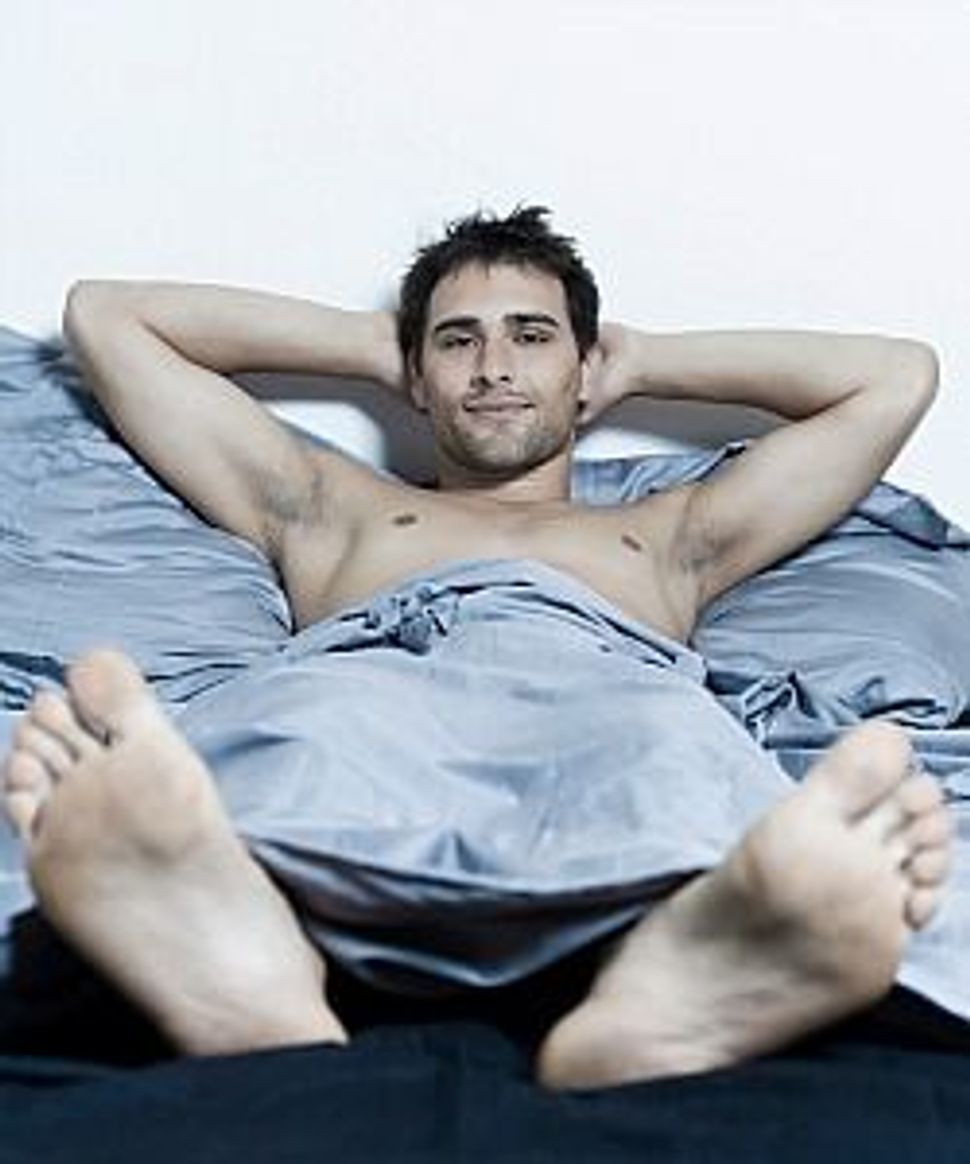 Last week, the New York Observer published a cover story on Logan, a 30-year-old Orthodox fourth-year medical student with “boyish” good looks. He’s searching for his bashert and describes himself “as a mensch at heart.” Sounds like a catch, right? Well, before you beat a trail to his probably adorable Upper West Side bachelor pad and mentally compose your engagement announcement for OnlySimchas.com, you should know one thing: Logan is a complete and utter chauvinistic fraud.

Of course, Logan is not his real name, but rather a nom de plume he uses on his falsified dating profiles to (for lack of a more tactful expression) bang as many ladies in the New York City area as possible. He doesn’t lie about being a doctor. He doesn’t lie about being Jewish (though he fails to mention he is Orthodox). He just fibs a few years funding start-ups in the Silicon Valley and adds a couple of millions (three to five) to his net worth. He then seduces women through creative truth-telling on secular dating sites like PlentyofFish.com and purports to finance them in a sugar daddy-sugar baby scenario on SeekingArrangement.com.

To be fair, he only resorted to such tactics after too many finicky Jewesses shot him down. Much to Logan’s complete shock and dismay, Jewish girls didn’t immediately drop to their knees with awe and open their mouths upon meeting a doctor. In comparison, the girls he met on the other sites “really appreciated a professional guy” and, not to mention, are “much easier to bang on the first date.”

Jeez, what’s wrong with us snobby Jewish ice queens who don’t know to immediately put out for a doctor of the tribe?

Logan’s galling exploitation of female insecurities rises above the run-off-the-mill, arrested development creep. His blind disregard for the emotions of women was frighteningly chauvinistic. And a uniquely Jewish chauvinism at that. As noted before, while he has taken a hiatus from those impenetrable Jewish gals, he treats his non-Jewish conquests as subhuman: “They don’t know that they’re being misled … that I’m only going to marry a Jewish girl, that I’m not going to sate you or take this seriously,” he admits without a drop of remorse. “Aside from that, I’m totally honest.”

In a twist on the usual Portnoy’s Complaint, Logan rejects Jewish women sexually, but still feels entitled to a traditional Jewish wife. He begs his fellow Orthodox friends not to tell their spouses about his escapades so they’ll agree to set him up with “nice” Jewish girls. Mazal tov to the future bride who will live up to Logan’s sexual double standard.

I could go on about the outrageousness of Logan’s behavior and how, though an extreme example, it is emblematic of the way the sleaziest cream of the crop can rise through the quite fallible mechanisms of online dating. However, I think the only productive thing that can be gleaned from this story is a wakeup call.

Ladies, there are always going to be creepers, on the Internet, at work and at Murray Hill bars. We need to be more savvy. With Logan, a bevy of women ended up with broken hearts, but a good conman can break a lot more.

I don’t want to sound like a worried bubbe telling you not to take the L train after 9:00 pm, but we need to be careful. Part of owning your dating life and sexual freedom is making smart decisions, which is not to say the women who fell to Logan were gold-digging bimbos as he would like readers to believe.

But certain sites, like sugar daddy-sugar baby sites, definitely makes the young women in need of money more vulnerable: an unregulated financial-sexual agreement always does. And while I don’t believe there’s anything morally wrong with these arrangements, I do believe they expose women to many high-risk situations.

As for the women he met on PlentyofFish, a regular old dating site, I think the old adage “If it sounds too good to be true,” holds well here. If a cute, under-30 doctor says he’s a multi-millionaire and is dragging you into bed, don’t go unless you can verify the facts (or just want to have sex with him). Because there’s nothing wrong with sex, isolated and for pure pleasure’s sake, but it seems these women were looking for something more. And if you’re hoping sex leads to commitment and stability, it’s probably better to make sure he’s telling the truth.

I know even as I write none of this advice is full-proof or close to it. Nor do I want to indict online dating, especially since I’ve met a lot creepier and deceptive guys offline than on. It’s just that dating, and maybe more so online, is one of those situations where we really need to err on the side of caution and be honest with ourselves what we’re looking for, be it sex, a relationship, or anything else. As Eleanor Roosevelt said, “With freedom comes responsibility. For the person who is unwilling to grow up, this is a frightening prospect.” And since the Logans of the world are sure as hell not growing up, we need to be the ones looking out for ourselves and each other.