Watching For White Smoke — And Misogyny 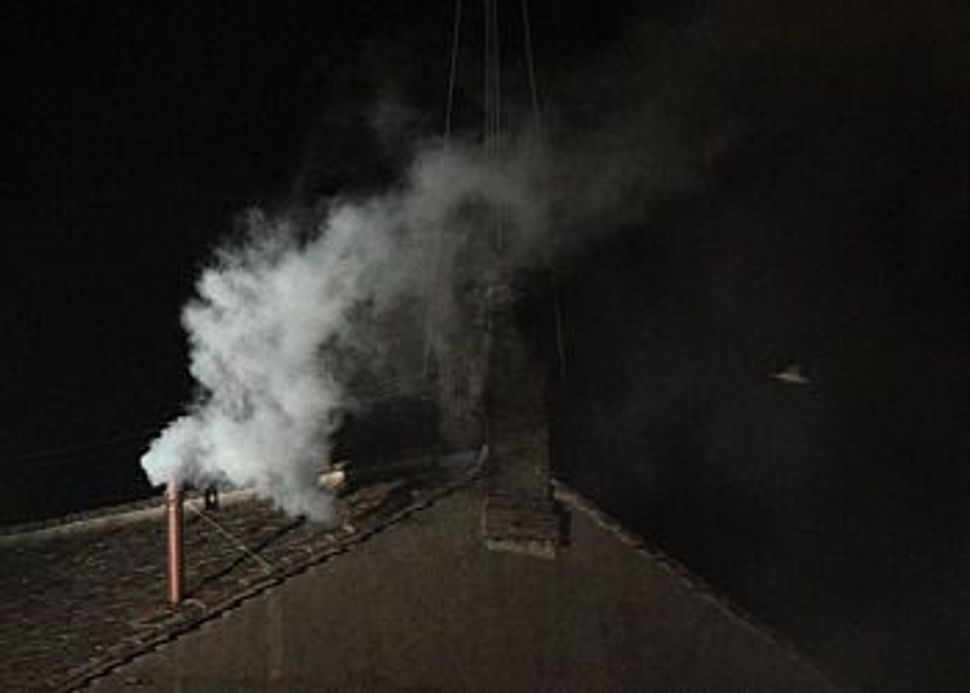 White smoke rose from the chimney on the roof of the Sistine Chapel, signaling a new pope has been elected. Image by Getty Images

It’s been diverting this past week to join in the Popewatch brouhaha — who doesn’t like secretive meetings, signals and intrigue, not to mention red Prada shoes? But now that it’s over, the white smoke has risen, the habeus papams have been uttered and Francis has been chosen, let’s talk about a less-discussed but no less important story out of the Vatican this week.

That would be the Vatican’s decision to use its status as a sovereign entity to join with Iran, Russia, U.S. conservatives and other retrograde nations to try to quash a UN resolution condemning violence against women.

Yep, the Vatican is the equivalent of those few far-right legislators who tried to stymie the Violence Against Women Act in the U.S. legislative process ‘til the bitter end — except while that effort eventually failed, this might actually be successful.

Halfway into their two-week annual meeting, delegates to the Commission on the Status of Women fear they will not be able to agree on a final communiqué, just like last year.

Who is to blame? Delegates and activists are pointing fingers at the Vatican, Iran and Russia for trying to eliminate language in a draft communiqué asserting that the familiar excuses — religion, custom, tradition — cannot be used by governments to duck their obligation to eliminate violence. The United Nations Human Rights Council endorsed similar language just six months ago.

All the pomp and circumstance of the Papal Conclave feels harmless and makes the Vatican and its machinations seems sort of cute and irrelevant. But much as I usually enjoy ritual, in this case I fear the entertaining nature adds to the problem. For even as the Conclave met, emissaries of the Vatican were taking this action against the health — and indeed the humanity — of women everywhere. To be fair, this is a problem that isn’t unique to the Vatican; it shares the shame with conservative Muslim, Jewish and other leaders, but is amplified by its particular power and structure atop the entire hierarchy.

And this only touches the sins of the Church’s highest entity; when it comes to covering up abuse and blocking sexual health measures to stop AIDS from spreading in the developing world and on and on, the Church is not only stuck in a previous century, but is indeed actively using its considerable international heft to thwart everyone else’s progress, too.

I have to give credit to the indefatigable “womenpriest” movement for women’s ordination which staged their usual “pink smoke” protest this week to demand equal access to the pulpit. I tend to have little hope for women who try to reform entrenched religious systems, and I’m not convinced women priests would change anything. But I also think that the way the rest of us handle these moments — with strange cognitive dissonance between our interest in the spectacle and our real feelings about the institution — isn’t helping to change the status quo, either.

Watching For White Smoke — And Misogyny