I Love You, Dripping Faucet and All 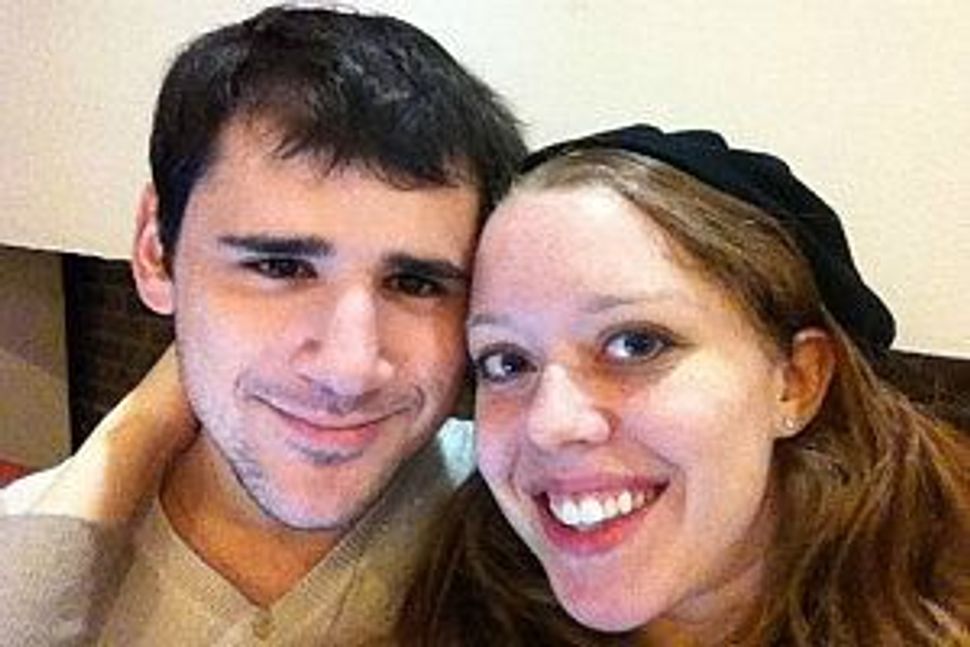 Simi and Jeremy, in a moment of non-annoying bliss.

Before Jeremy and I got married, the rabbi who performed our ceremony asked us to make a list of three things that excited us about marriage and three things that scared us. We both said that we were scared of living together and perhaps coming to resent certain aspects of each other’s personalities that didn’t bother us or didn’t come up when we lived apart.

“When you get married, you vow to love your spouse for better or worse. Most people think this means you support each other through the big things in life — getting sick, going broke, or your dog throwing up all over the house. I think what it really means is you need to love your spouse for their better habits, along with their worse habits,” writes Leslie Rasmussen, creator of Marriage-Project.com, in The Huffington Post.

I couldn’t agree more. I can easily envision devoting myself to Jeremy should he, God forbid, fall ill. But occasionally I come home to find the bathroom sink dripping, and that drives me berserk.

And he would support me emotionally and otherwise if I lost all our money somehow — but it makes him crazy to know that I’m going to assume he’s the one who left the sink dripping.

Of course, the sink is just one thing. I’m addicted to my iPhone, and it drives Jeremy nuts when I ignore him because I’m on it. But Jeremy does the same thing. He gets so wrapped up in whatever book he’s reading or video game he’s playing or work that he’s doing that it’s like his ears don’t work.

Usually we’re able to control ourselves when it comes to the small things. We try to avoid doing things that will irk the other, or we try to avoid being irked by little things like nail-biting or being late. It doesn’t always work. We expect the ones we love to be as perfect as we imagine they are; that is perhaps what makes it so difficult when our partners are annoying. If a friend has a weird affect, well, we all have flaws. But our spouses — we love them, and we think of them as wonderful. That’s what makes it so much harder when they act less than wonderful.

The same rabbi warned us before we got married not to expect each other to fit a certain image. That advice makes perfect sense now. If I expect Jeremy to be the tremendous Prince Charming I sometimes think of him as, it will drive me crazy when he does something that I find annoying.

But if I simply allow him to be who he is, love will carry on.

That’s not to say we can’t work on ourselves and help each other grow in the big ways, but we can’t hope to change the small quirks, and we shouldn’t get stuck on them either. If we love each other deeply and respect one another for the real things that form our identities, then things like a messy counter shouldn’t be allowed to get in the way.

But as I’ve discovered, it’s not that easy. Love can fight the big things. It’s the little annoyances that worm their way in there and make love back away, hands up in surrender.

After four months of marriage, one of the most important lessons I’ve learned is that we can’t stop being who we are when we’re married; we just have to learn to love who our partners are, dripping sinks and all. And when that’s not possible… well, that’s what ignoring people is for.

I Love You, Dripping Faucet and All