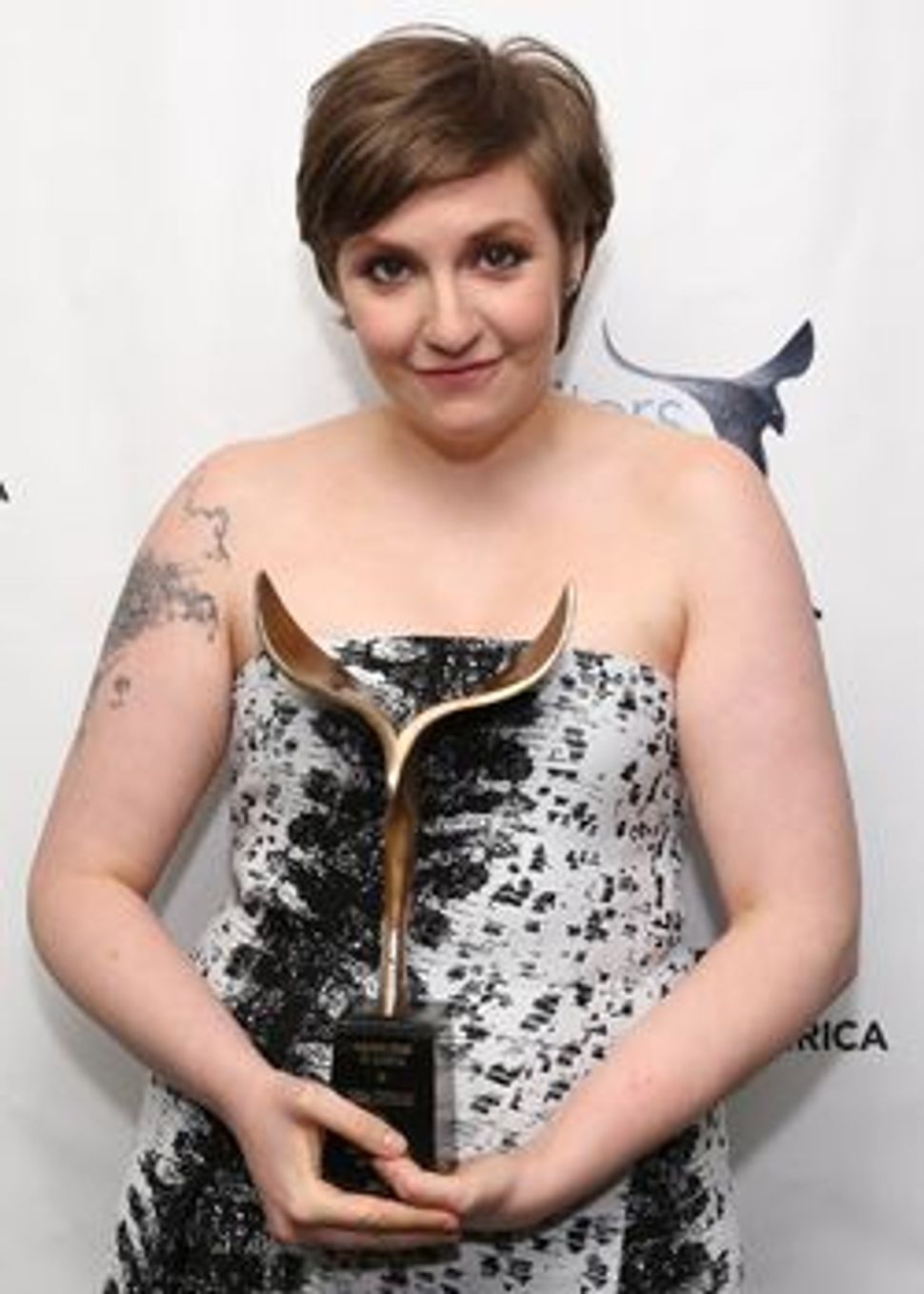 Last week I was marooned on my couch with a virus and finally watched the first season of “Girls,” Lena Dunham’s HBO drama about twentysomethings finding their way in New York City. Dunham is very serious about her enterprise, and even the show’s light-hearted moments — which are few and far between — are laden with meaning. At times, watching the series felt more like homework than entertainment.

But I had heard so much about Hannah Horvath, Dunham’s alter ego, that I needed to meet her myself. Like many women in middle age, I wasn’t resistant to looking back at my youth. I’m not like the doctor who examines Hannah for an STD, who swears she’d never want to go back to her 20s. If anything, I’m jealous of the limitless sky, the time that drains into more time of your 20s. Maybe that’s glossy hindsight, but it’s also the truth.

I loved that Hannah, who is an aspiring writer, is no wunderkind. She’s so plodding and so damned inexperienced. She spends more time talking about writing than actually tapping out the personal essays she aspires to write. She has feckless boyfriends and a job in a coffee shop tellingly called Café Grumpy (an actual café in Greenpoint, Brooklyn; think Tom’s Restaurant, the real-life Upper West Side diner featured in “Seinfeld”) that sort of pays the bills. She’s in the quagmire that a lot of twentysomethings are in, but she doesn’t seem hopelessly stuck.

Elizabeth Wurtzel, another writer famous for exploring the twentysomething state-of-being, is a 180-degree turn away from Dunham. At 45, Wurtzel is less nostalgic and more obsessive about being trapped in her 20s mindset. I can’t tell if Hannah’s young adult cluelessness is an object of derision or envy for the middle-aged Wurtzel, best known as the enfant terrible behind the best-selling memoir “Prozac Nation,” which she published two decades ago at the age of 24. The book launched her into celebrity and enabled her to make a “career out of my emotions.”

If only Hannah Horvath were so lucky. Wurtzel received a huge advance for her second book, the one where she appeared topless on the cover with her middle finger prominently extended. What else could the book be called but “Bitch,” a rant about sexually manipulative women? Who wouldn’t be a little jealous of that kind of success in one’s twenties? But then again, who wouldn’t be terrified of losing her edge after peaking so early?

The bottom line is that Wurtzel is a cautionary tale for Hannah and her pals. In her recent New York Magazine essay, Wurtzel made it clear that she’s not only afraid of growing up, she’s also terrified of getting older. And who can blame her? After all, at 45, she’s still living in a crummy apartment with a nutty landlady and she’s “always in love — or else I am getting over the last person or getting started with the next one.” The only justification she comes up with for her Never-Never Land existence is that she still fits into the same clothes she wore at 24. I’ll keep my two kids and the extra thirty pounds, thank you.

Hannah thinks she is the voice of her generation. At least that’s what she tells her parents as she appeals to stay on their bankroll. And Wurtzel still thinks she’s the voice of her generation. In yet another sad essay for Harper’s Bazaar, Wurtzel writes that she wouldn’t have dreamed of going on parental welfare at Hannah’s age. “Even with my Harvard degree, when I ran out of money while writing my first book, I was happier to serve cocktails in high heels than to get money from my mom. And now I walk miles in Marnie’s five-inch platform T-straps.” It’s a shame that the quest for early independence only leads to an ability to tolerate high heels in middle age.

Which brings me to Wurtzel’s puffed-up assertion that she’s in better physical shape than someone “about half my age.” She’s in the kind of shape that comes easily to a woman who hasn’t worried about someone other than herself. She holds up Michelle Obama and Sarah Palin as women who are in “amazing physical condition, and [that] have a personal style and coruscating charisma.” Oh Elizabeth, only you could find that kind of superficial common ground between these women.

Hannah doesn’t glitter or charm in Wurtzel’s world. She’s the 20-something that Wurtzel has in mind when she decries the “slovenliness” of today’s young women. By her own calculation, Hannah is 13 pounds overweight. As far as I can tell, she never blow-dries her hair and she almost always leaves the house without lipstick.

Watching those episodes of “Girls” back to back, I realized how far women have come from my second-wave feminism to Hannah’s fourth-wave feminism. Hannah doesn’t feel guilty about sleeping around, she doesn’t think that men foisted the sexual revolution on women so they wouldn’t have to marry them and she doesn’t hear even a faint ticking of her biological clock.

Unlike Wurtzel, I don’t think Hannah will indulge in a string of one-night stands in middle age or be stuck in an overheated apartment in “the dungeon equivalent of a neighborhood.” And she surely won’t cling to the girl she once was, because once upon a time she looked and did exactly as she pleased. That’s the true beauty of her generation.