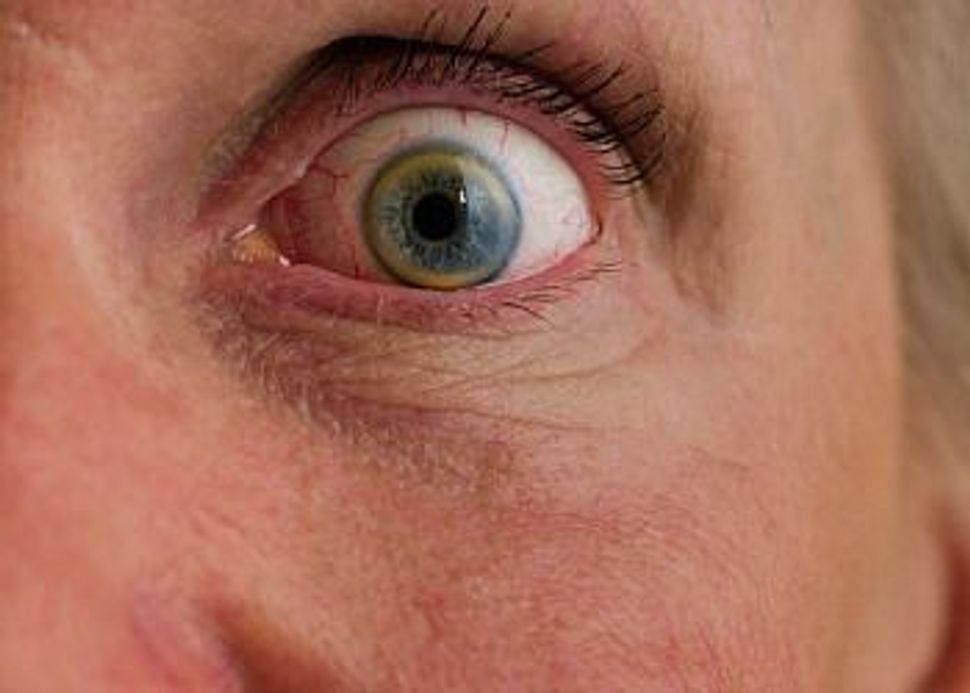 Anyone who’s been pregnant, or knows someone who’s been pregnant, has probably been exposed to the terrifying list of dos and don’ts that accompanies bringing a child into the world. It’s bad enough to be deprived of wine, imported cheeses, wine, smoked salmon, coffee, and did I mention wine? But the most frustrating thing is that these dos and don’ts often contradict each other, which is the whole point of a recent Jezebel post about how to have the best pregnancy ever.

Take fish, for instance. Women are told to eat a lot of it during pregnancy, but they are also told not to eat too much because of dangerous mercury levels. And then there’s the question of alcohol — some doctors say an occasional glass of wine is fine and possibly even beneficial if it decreases stress levels, while others make pregnant women feel as if their babies will be born with an extra limb if they have a single sip. The same goes for drinking coffee. Many doctors and researchers say it’s perfectly fine to have one cup a day, but they also remind us that drinking coffee during pregnancy doubles the risk of miscarriage.

In other words, trying to do the right thing during pregnancy is an exercise in madness, and it will probably result in tremendous anxiety — which, of course, is not good for the baby.

The underlying message of the Jezebel piece clear: Women are supposed to be very afraid of everything. And while our culture is largely dominated by fear — think of all the so-called wars on everything from Christmas to dogs to healthcare and guns — there’s a particularly lethal brand of fear-mongering aimed at women, especially women of childbearing age. And what exactly is childbearing age anyway? Something else to fret about: Don’t have children too young, but don’t have children when you’re too old either.

I recently gave birth to my first child at the age of 35. The number of special screenings and tests for women over 34, not to mention the compulsory appointments with genetic counselors to discuss options for dealing with the ill child to which women of this “advanced” age will most certainly give birth, is just the beginning. The fear-mongering intensifies after birth. Nurses and lactation consultants anxiously measure the drops of colostrum they help pump from women’s breasts while frowning and saying things like, “Well, even a few drops will help.” What women really hear is: “You don’t have as much as you’re supposed to and so your baby will probably suffer but not as much as if you had nothing at all.”

I’ve heard numerous women admit that they were in a perpetual state of fear when they left the hospital with their newborns. Bringing home a tiny human is terrifying enough. But we are also taught to fear the world around us.

There is the possibility of a diminishing milk supply if we choose to breastfeed. Should we choose not to breastfeed, we are conditioned to fear that our children will emerge as half-wits once they begin kindergarten — that they will struggle to put words together while all the breastfed kindergarteners crank out philosophical dissertations and Ivy League law school applications. We are afraid to let our babies sleep on their sides or stomachs for fear of SIDS, which, it turns out, is incredibly uncommon. And what about baby Web sites that chart out developmental milestones? It’s great to have an idea of when my baby should start crawling, but the comments reveal the extent to which many women panic that their babies are not advanced enough. In fact, most of these spaces for discussion exist precisely as venues for women to voice their worries.

I’m not suggesting that there are no justifiable fears. But what I’ve found is that fear has become the framework for what it means to live as a woman. And despite increased levels of global knowledge and understanding — not to mention technological advancements that should ease many of our concerns — fearlessness has become a relic of the recent past. Ever since I began to consider having a baby, the most common phrase to pass through my lips has been, “Well, I’m afraid that …”

It’s not that certain brands of fear aren’t productive, but fear that governs our lives is treacherous. It immobilizes and debilitates. And especially when associated with traits that are uniquely female, like childbearing, it forces us into a form of submission to our bodies at the expense of our minds and of our fullest potential.

I’m not sure that I know how to demolish this brand of fear entirely, but I want to learn to distinguish legitimate fears from the ones that have become haunting caricatures of themselves. I want to learn how to identify the systems and structures that encourage or exacerbate fears among women. I want to feel strong and smart and capable, and questioning the legitimacy of some of these fears is the first step to doing just that.