Aly Lets Loose on ‘Dancing With the Stars’ 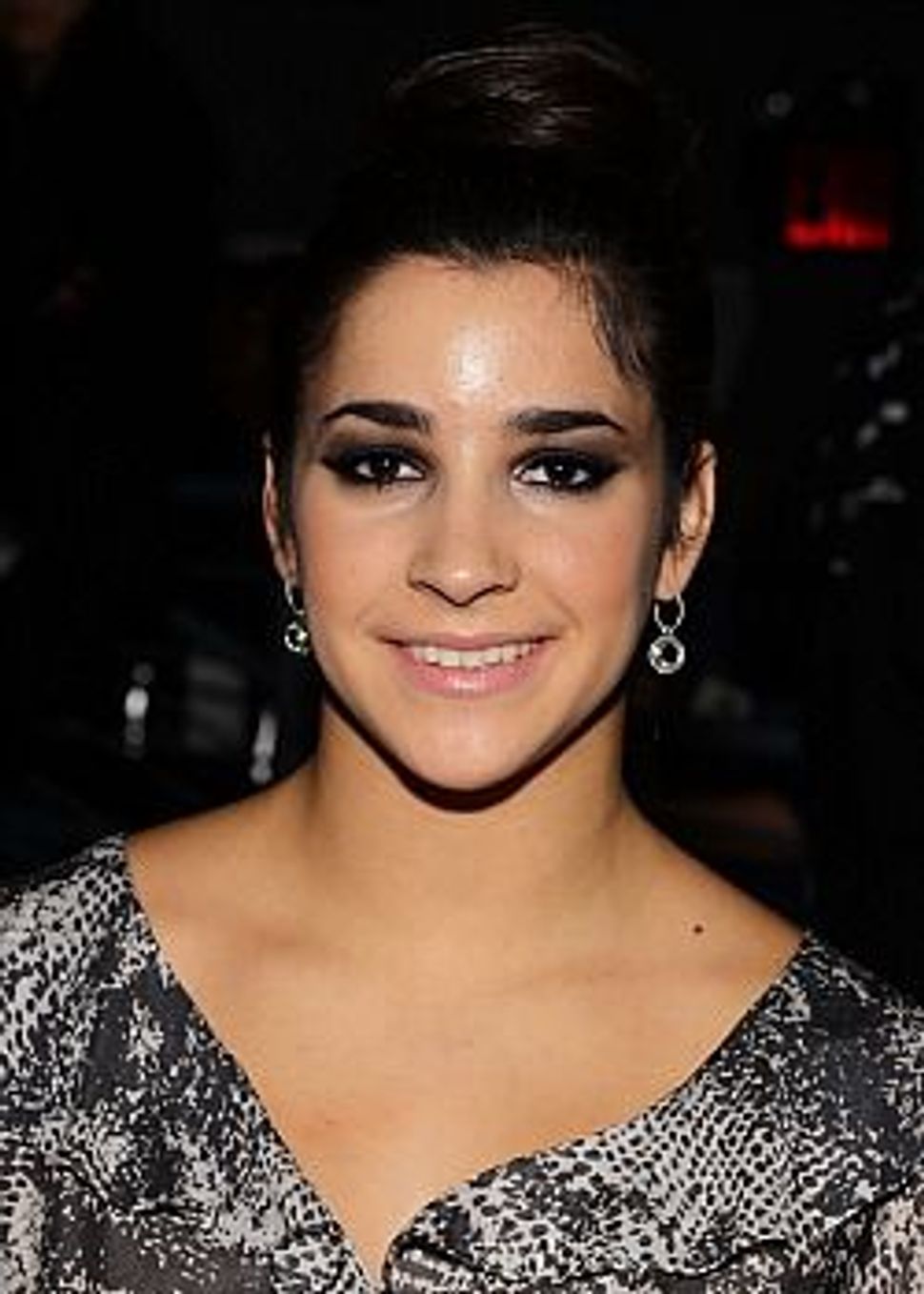 Aly Raisman, team captain of the Fierce Five gold-medal winning gymnastics team, made her debut on the new season of “Dancing with the Stars” last night. But it became clear quite quickly that the 18-year-old Olympian wants to brand herself as something more than just a gymnast. The first hint came when the show introduced her — as Alexandra Raisman.

Since there’s no elimination on the first week of the show, the audience has two weeks’ worth of dances and carefully edited clips to help them get to know the celebrity contestants. Every year, there are a few familiar narratives to follow: the older celeb who’s doing the show to lose weight (Wynonna Judd), the football player who has to translate his footwork to the dance floor (Jacoby Jones), and the reality star who really wants to be taken seriously (Sean Lowe and Lisa Vanderpump). Aly — I mean, Alexandra — will be playing this year’s Innocent Girl Who Is All Grown Up Now, and she laid it on thick in her introduction segment.

“My life has 100% been all about gymnastics as long as I can remember,” she said soberly. “I want to let loose and have some fun.” And have fun she did. In a sexy silver and hot pink feathered number, she and pro partner Mark Ballas did a cha-cha to the tune of One Direction’s teenybopper megahit “Live While We’re Young.” She scored 21 points out of a possible 30, a respectable first week score that left her in a three-way tie for second place. Judge Carrie Ann Inaba said that Alexandra had sass but needed to play it a little less safe next time; head judge Len Goodman praised her “vitality.” Backstage, Alexandra kept going with the narrative, adding “I’ve grown up a lot since the Olympics, and I’m excited for people to see a whole new side of me.”

But the most important question is, will any famous faces show up in the crowd to support Alexandra on the show? There haven’t been any fellow Fierce Five sightings yet, but good news — her famously over the top parents were right there cheering her on.

Aly Lets Loose on ‘Dancing With the Stars’