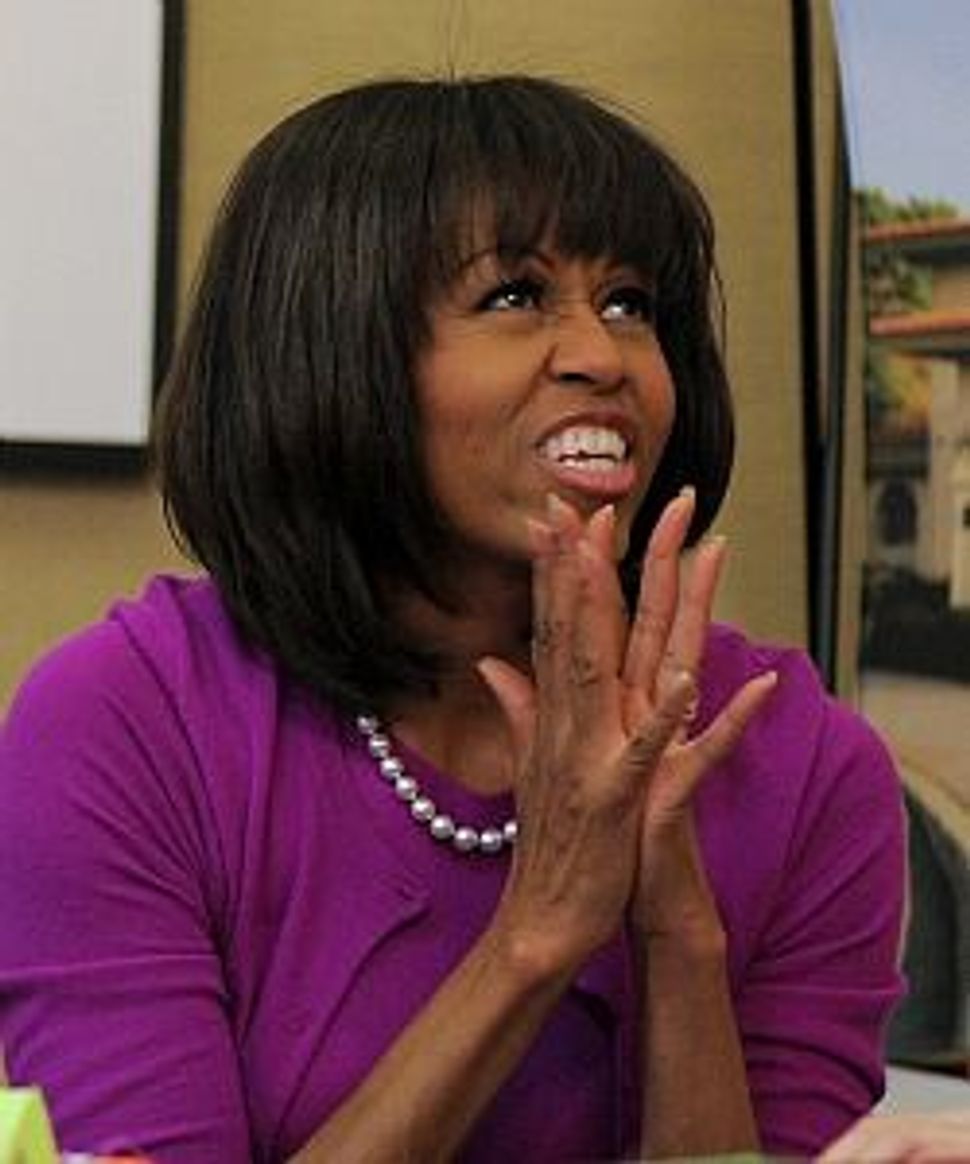 President Obama’s visit to Israel was nothing less than inspiring. He met with many people, enjoyed Israeli music, was inspired by Israeli innovative high-tech technology, and made an inspirational, heartwarming speech in front of young students who applauded his every word. If any of us doubted Obama’s obligation to Israel in the past couple of years, our doubts dissolved over the past few days.

But as perfect as his visit was, one thing bothered me: Where was Michelle Obama? A few weeks ago, it was reported that the First Lady would probably join her husband on this historic visit. But when President Obama stepped down from his plane and waved to the crowd, I noticed that the woman by his side, well, wasn’t… When asked, he replied that Michelle wanted to come but felt obligated to stay with their daughters.

Of course eyebrows were raised at the First Lady’s absence. Some argued that it was not important because it was Obama’s presence in Israel, not Michelle’s, was all that mattered. I disagree. She was needed here, right by her husband’s side.

Michelle Obama is much more than the President’s wife. She is the First Lady of the United States of America. She is an icon, and in the past four years she has proved that she stands on her own, an admirable and inspiring figure for women all over the world. Much like Jackie Kennedy, Michelle is a person the world will remember in years to come — maybe even more.

Israel’s “First Lady” is as far from Michelle as darkness is far from light. Sarah Netanyahu has no grace and no charisma. She does not stand on her own. She does not go out and visit military bases. She does not interview with talk shows or make statements or present an accessible yet elegant façade. She simply appears in pictures (well, sometimes) alongside her husband. Most importantly, she is not very popular amongst the people.

In the past couple of days, we “felt America” (a common Israel expression, similar to “living the life”). America is much more than a place on the mapl t is a way of life and, for some, a dream coming true. When Obama was here in Israel, we felt that. All of a sudden, there was no heat, no war, no bills to pay, no traffic — just America. Obama brought with him this spirit, a glory that no Israeli politician has ever carried in the same way.

But the one thing that was missing was Michelle. We waited for this visit for four whole years, not just to hear the President’s high-valued support of Israel, but also to feel this breeze and live in that American dream, even for a day or two.

I know that the First Lady does not accompany her husband on every trip abroad, and I most certainly do not claim that there was any political statement by her not coming to Israel. I am simply saying that we wanted to see her, too. Not as “the woman by his side,” but as the woman she is. Her presence may not have had the same impact as her husband’s, but even so, a non-political influence can be just as meaningful as a political one. Now, all I can hope for is that this visit was the first of many, and that next time will be much more magical.