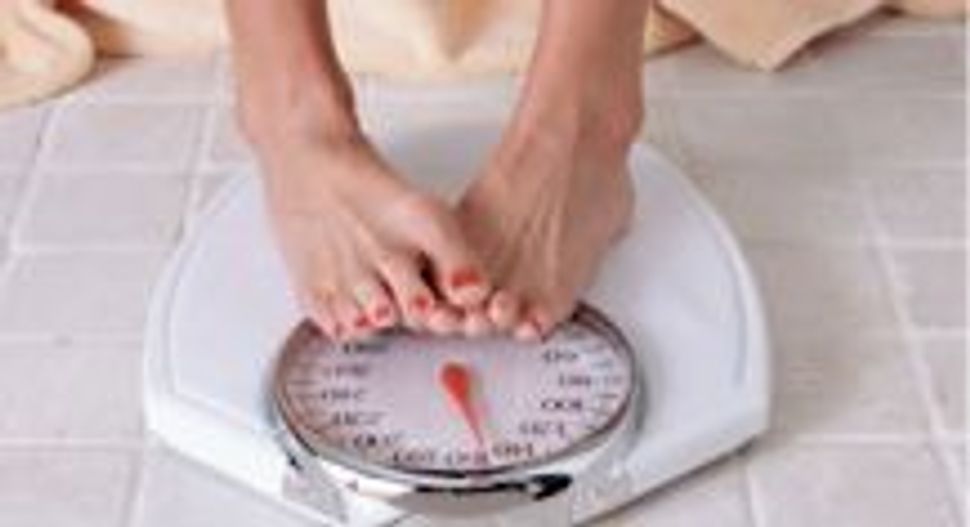 Once, I went to a job interview on the Upper West Side of Manhattan in a fancy office building. On my way out, I noticed a Weight Watchers office on the same floor. I was so provoked by yet another message that people should be skinny — that if you are skinny, you are in control and will get everything you deserve, because skinny equals all things moral, happy and good. But in that moment, I held back. I didn’t even take out the Post It notes and marker I carry around in my purse so that I can place notes on advertisements in the subway that are sexist, racist and homophobic. Instead, I growled, then kept walking.

A recent New York Times article profiled the United States introduction of Slim Peace, a nonprofit organization that brings Israeli and Palestinian women together around the universal theme of weight-loss support. The group has plans to expand around the country, meeting in the context of eating well, losing weight and learning about Israeli, Jewish, Arab and Palestinian cultures.

My reaction to this project is complicated. I don’t want to yell like I did at that Weight Watchers office — or at the weight loss ads that populate the margin of my Facebook page. But there is something deeply wrong here.

The Times piece describes what goes on inside Slim Peace meetings: In addition to talking weight loss and “healthy eating,” there’s the discussion of stereotypes held by Jews, Arabs and Muslims by one another, the “hunger for diversity” felt by women in their own communities and the struggles of being (and being perceived) as religious. These conversations are vital, but what’s not covered in the piece, and what I hope is going on in these meetings, are the conversations about why weight loss is seen as so important, why making ourselves physically smaller is such a worthy goal.

This is not the only way Jewish, Muslim and Arab women can be in community together, and if we can’t think of another one, we are doomed on so many levels. Where are the messages that come from telling women to lose weight? (I desperately encourage you to interrogate what it means to lose weight “for your health.”) Unfortunately, the experience of feeling as though we are never good enough is one that women share. Exploring ideas about eating in the context of gender and culture would bring us to a far deeper place than eating kale and policing one another’s bodies.

Everyone who has a stake in the Israeli Palestinian conflict is desperate. We will bring Israelis and Palestinians together around any circumstances that seem like they might be relatively promising, if it hints in any way towards the possibility of healing. Weight loss seems like it’s innocuous enough common ground. After all, if we’re talking about how much we hate our bodies, we can’t possibly fight about borders.