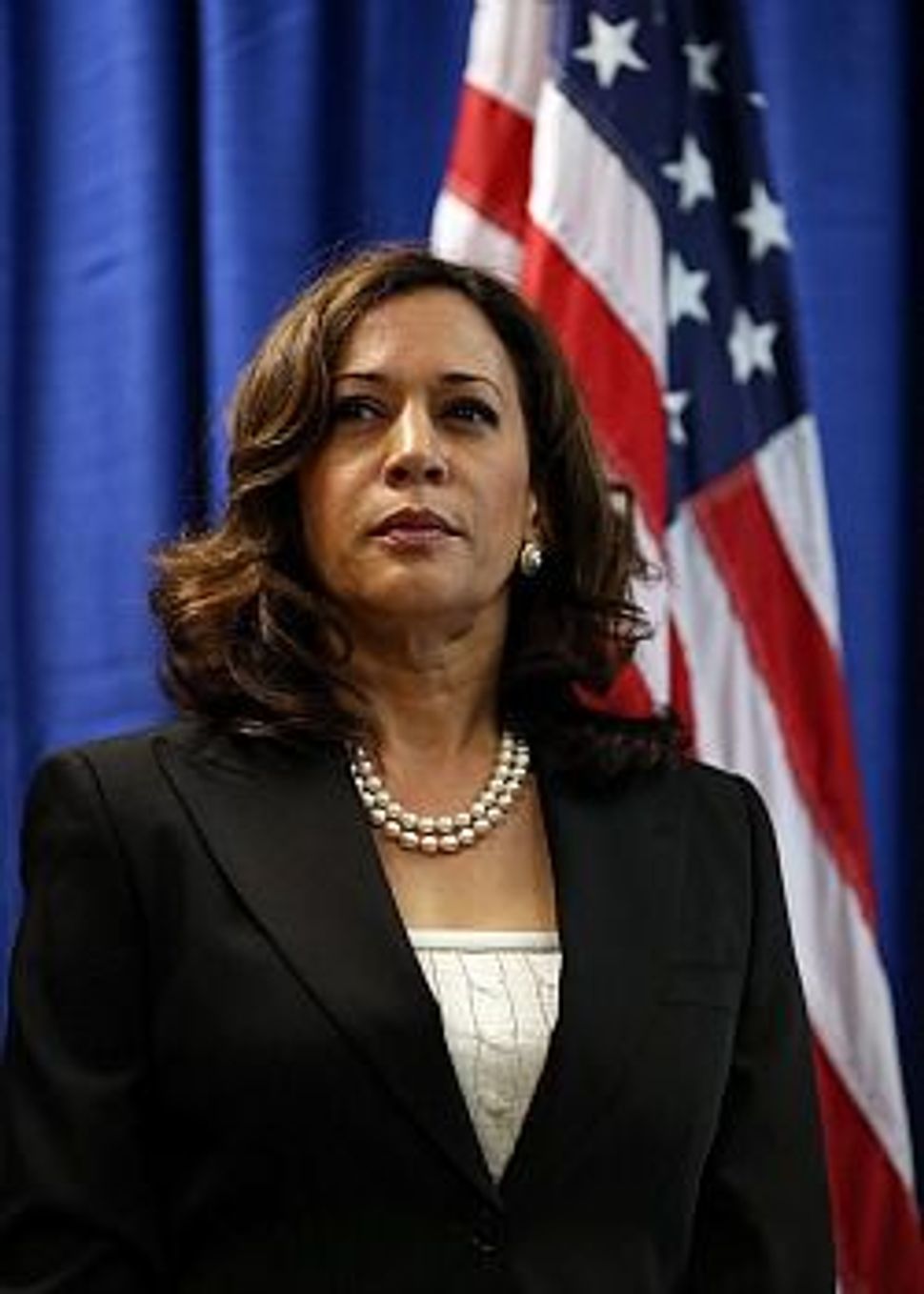 Think it’s no big deal that President Obama called Attorney General Kamala Harris the best looking Attorney General? I didn’t. Sure, I thought that it was an irritating reflection of sexism but not a big cause for banner waving. I particularly felt this way because of the outcry’s implicit condemnation of, well, me. Perhaps I too often make comments about the appearance of others, particularly those I see as interesting or attractive. I also believe that the affirmation of a public and powerful African-American woman’s beauty remains a novel and positive development in our screwed up racist culture.

That doesn’t mean it wasn’t important to gently call out the President and seek an apology.

Now we have empirical reasons to explain why these words, mild as they were, were wrong. A study released by the Women’s Media Center’s Name It/ Change It campaign today indicates that any attention — any at all — to a female political candidate’s appearance damages her standing. (Full disclosure: I’ve received media training from the WMC.)

In a survey about a “simulation campaign” run by Lake Research Partners, polling evidence indicated that:

The research reminded me that most people aren’t keeping a dossier on the best and the brightest female politicians like Parks and Recreation’s Leslie Knope might do — they’re just reacting to what they see. And if they see fashion and style talk, they react negatively. As Irin Carmon writes at Salon, “women, above all, are subject to a can’t-win calculus in which the desires of men, rather than their objective qualifications, determine how they’re treated — for better or worse.” The data from the study certainly shores up my belief in the willful ignorance of male pundits, like Politico’s Dylan Byers, who claimed they didn’t understand why women were offended by Obama’s remark. The men who kept saying “we don’t get it” acted positively affronted that their right to publicly comment on women’s appearance with impunity was under attack.

In fact, though, media machers themselves are a big part of the problem — even style writers who obsess over heels in the senate and hair in the state capitol. They contribute to an atmosphere that hurts women seeking power.

Like most women, at various points in my life I’ve felt impacted by these kinds of comments. I’ve winced when I felt like my presence was getting erased because I was not presenting as “pretty” and someone else was — and I have also worried that my intelligence was being overlooked for the exact opposite reason, because I was too pretty to be taken seriously. Either way, it’s completely unpleasant.

Wherever we work or play, we’re not operating in a vacuum, but a world where women are judged more than men are for superficial reasons. We should keep this in mind when we discuss public figures.