Aly Goes for Gold on ‘Dancing With the Stars’ 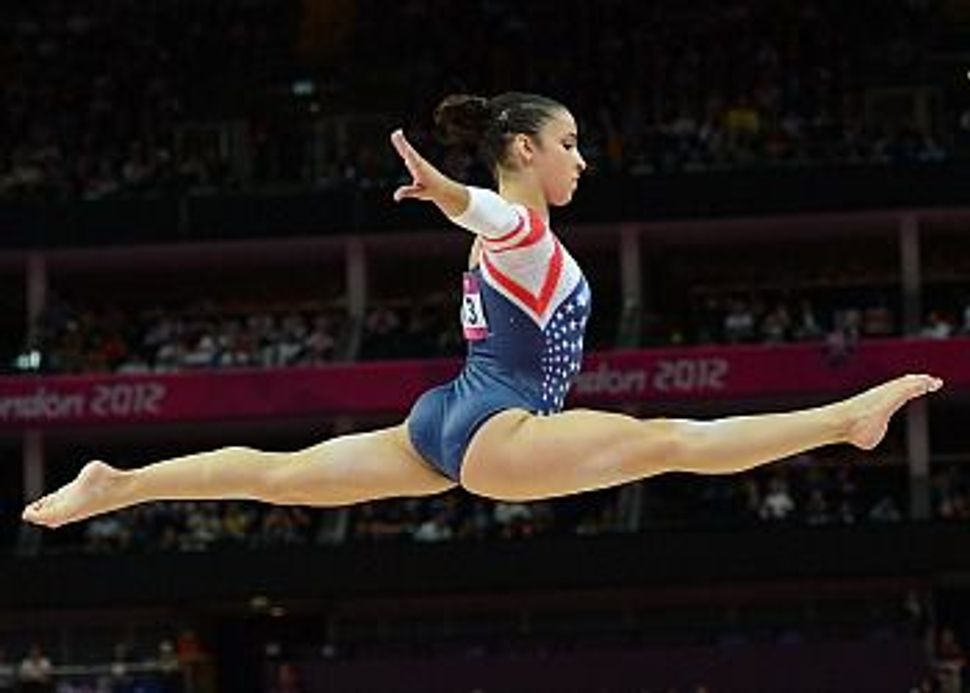 Dancing with the Stars loves their theme weeks, and this week didn’t escape unscathed. The contestants were asked to do dances that tied in with “The Best Year of My Life.” While that’s actually a pretty decent theme for a dance, the celebrities still have to work within the constraints of the show; if you’re assigned a super sexy dance but your Best Year is about, like, recovering from cancer or giving birth or something, you have to somehow make it work. Luckily, Aly and her partner Mark Ballas were assigned Contemporary for this week, and that style is pretty open and malleable.

Unsurprisingly, Aly chose 2012 as the best year of her life, because it’s the year that she won two freaking Olympic gold medals. “Aly was the underdog,” Ballas said to the camera. “No one thought she would place.” Their song is one that Aly picked: “Titanium” by David Guetta and Sia. The lyrics, which Aly says she listened to all the time when she was working out in the gym, are pretty standard pump-up fare: “I’m strong, and no matter what you do to me I won’t give up.” Contemporary dance, unlike a lot of other styles on this show, allows fancy lifts, so I expected to see quite a few of Aly’s signature gymnastics moves repurposed into this dance.

Overall, I think the dance worked nicely. The moves showed a lot of Aly’s frustrations and the hard work she put in. But there were a couple of confusing moments. What did a sexy burgundy dress have to do with being an Olympic gymnast? Why on earth did her partner need to be shirtless? The biggest applause, unsurprisingly, came when Aly did one of her tumbling moves toward the end of the number. Yes, it was pretty cool and surprisingly graceful within the context of the dance, but it does kind of feel like cheating when an Olympic-caliber athlete can just work some back flips into her dance while the other celebrities are there trying to figure out basic footwork. Ballas is often criticized for letting gimmicks lead the way in the dances he choreographs for his stars, and I definitely wondered if another dancer could have worked her tumbling in more seamlessly. There were some familiar faces in the audience cheering like crazy during that tumbling pass: fellow Fierce Five gymnasts Gabby Douglas and Kyla Ross.

And what did the judges think? Bruno Tonioli, predictably, made a “going for the gold” joke, but he felt like Aly’s intensity and performance had improved since the previous week. Carrie Ann Inaba agreed, pointing out that contemporary dance isn’t about having perfect technique, it’s about nailing the emotional connection — and Aly did just that. I’m still concerned about whether Aly can do well playing a character who isn’t herself, but this week should help bolster her spirits, considering she got 9s across the board and landed in first place for the week. That score kept her well out of elimination territory – instead it was “Real Housewives of Beverly Hills” star Lisa Vanderpump who got the boot.

Aly Goes for Gold on ‘Dancing With the Stars’