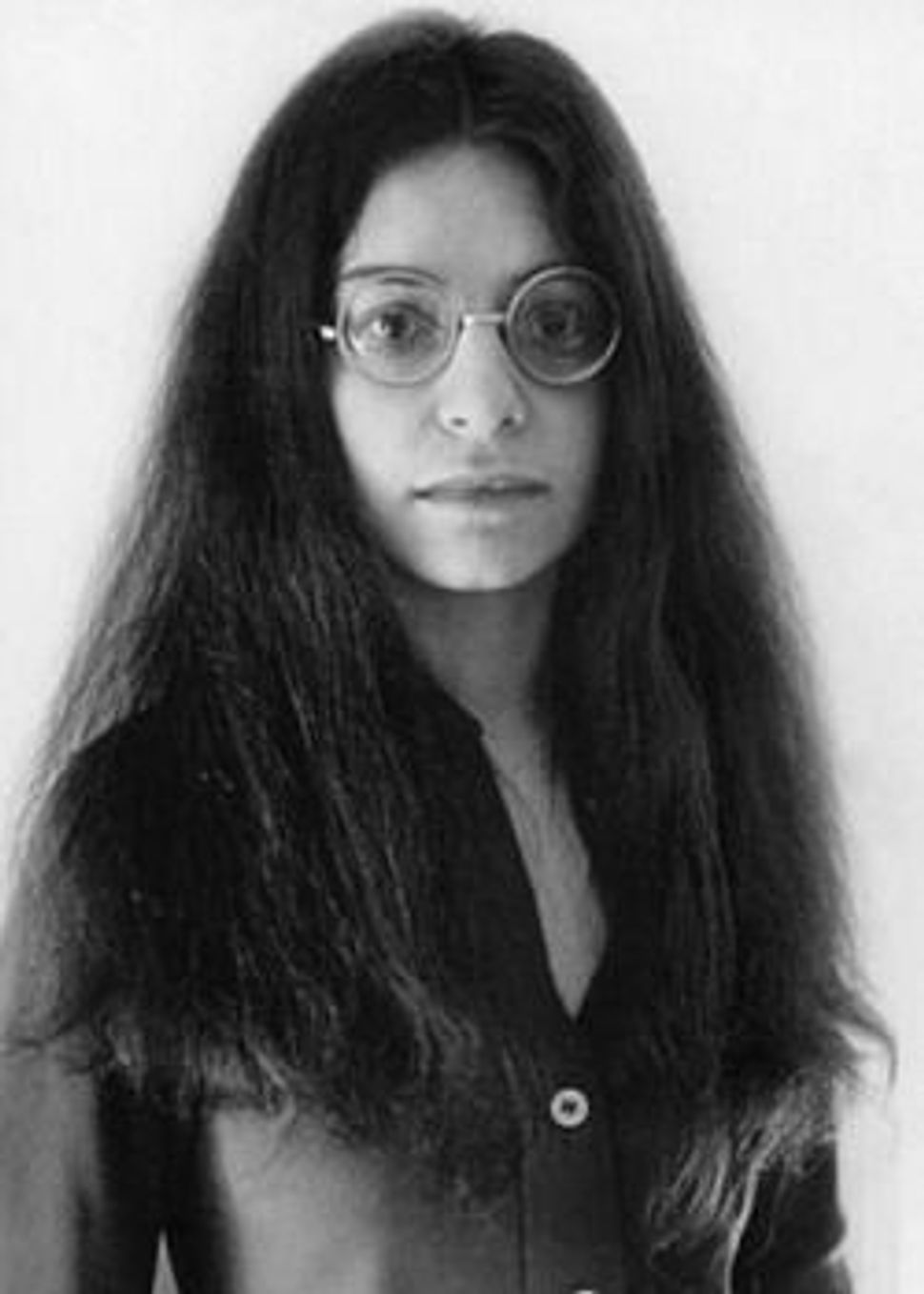 A young woman from a strict Orthodox family clashes with her father, leaves home and finds a home of sorts in the “Movement” — first the New Left of the 1960s, then the explosion of radical feminism out of that group’s fed-up female contingent. Her forward-thinking writing and organizing electrifies this new “wave” of feminism, but after infighting and teardowns within its ranks, she finds herself exiled and suffering from mental illness — and despite comrades’ efforts to intervene (efforts that are successful for a time), she ends up dying alone.

Pioneering feminist Shulamith Firestone’s life, as chronicled by Susan Faludi in a compelling New Yorker piece, reads like the outline of a tragic 20th century novel, an inside-out “American Pastoral” where the radical woman is the put-upon, misunderstood genius of a heroine and the domineering, “straight” male figures the ruiners of her life.

For this heroine in particular, the personal was disturbingly political. Firestone’s abuse and control at the hands of the men in her religious family led her to theorize that the family unit itself was an extension of the brutal class oppression that another brilliant Jew, Karl Marx, described, with women and children as the kept-down proletariat.

At her funeral, this dynamic played out between her siblings:

[Her brother Ezra] lamented Shulamith’s “tragic” failure to make a “good marriage” and have children “who would be devoted to her.”

Firestone’s life reads as both triumphant and tragic, but if my tears at the end of Faludi’s piece are indicative, mostly the latter, on both a personal and deeply symbolic level. If the details of the family funeral will make you weep, the feminist funeral will make you want to bang your head against the wall. The piece posits a memorial service for Firestone held by her former comrades as a sort of wake for the hopes, dreams and even sanity of second-wave feminists.

It was hard to say which moment the mourners were there to mark: the passing of Firestone or that of a whole generation of feminists who had been unable to thrive in the world they had done so much to create.

Part of what led to the fading of this dynamic revolution is the phenomenon many second-wave feminist writers called “trashing,” the act of calling out women in a feminist circle for being too masculine, self-promoting or part of the establishment. It was the proliferation of this attitude that ended up with figures like Firestone (who, based on the profile, was not an easy person to deal with) booted out of the very organizations which served as their lifelines.

After Ti-Grace Atkinson resigned from the Feminists, a group she had founded in New York, she declared, “Sisterhood is powerful. It kills. Mostly sisters.” The observation rang true for so many that it soon became one of the lines most frequently quoted by feminists, or, rather, misquoted: the “mostly” was dropped.

Today, as I witness these same kinds of debates rage from the political into the personal spheres, this all feels too relevant. The struggle for ideological purity in a tainted world is noble, but I often wonder where that nobility ends and the tearing-down begins.

I saw the “trashing” culture spread during the initially-euphorically communal Occupy — until many of its extremely promising subsets had to suspend themselves. I spend a lot of my day on Twitter, mixing it up with my fellow “online feminists,” and I see people who spend their entire days pointing fingers at others for their lack of purity and perfection. Here’s the catch: I often think these critiques have substantive merit. In fact, it’s because I agree that pretty much everyone and everything that has positive value also at the same time reflects the patriarchal, racist, capitalist status quo (because that’s the world we live in, natch) which Firestone identified that I find today’s iteration of the takedown culture disheartening and exhausting.

Yes, we are all flawed and compromised; we are human beings. Firestone was a human being, not just a symbol, and by forgetting that fact, some of her “sisters” perhaps ignored her imperiled state. If we don’t view our fellow activists as human beings rather than symbols of what’s right or wrong with the movement, then whom are we fighting for?