Tales of Being a Tall Girl 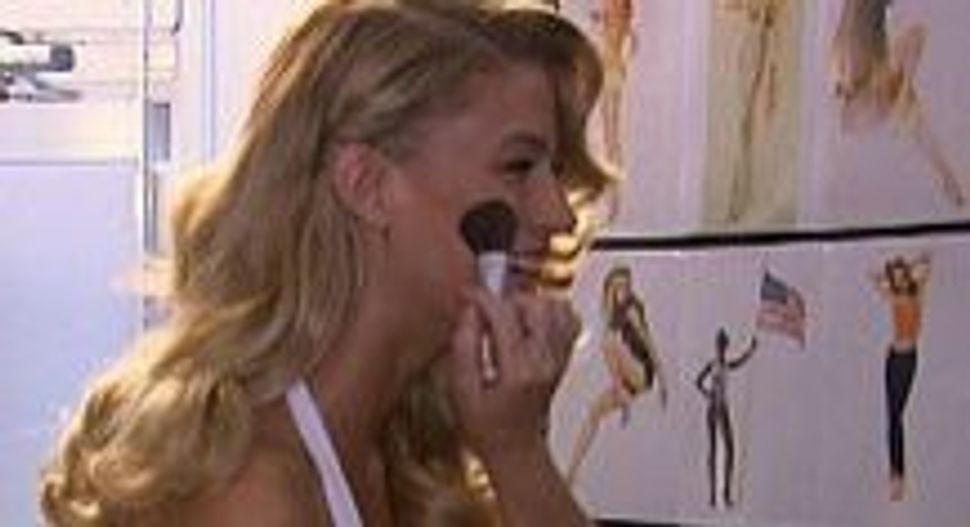 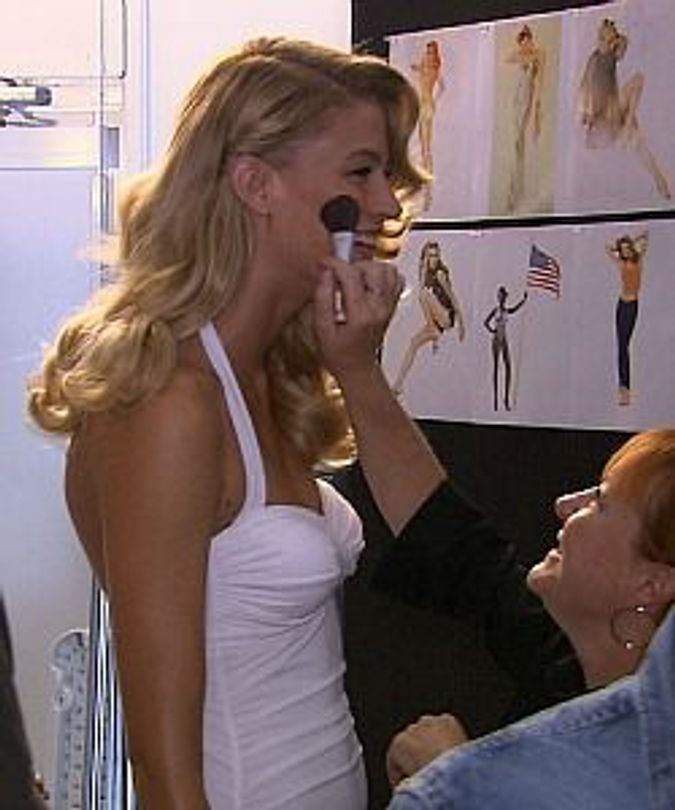 For 6’1” German filmmaker Edda Baumann-Von Broen, being a very tall woman is one thing. Being the mother of a young daughter who is also going to be exceptionally tall is another.

Looking at her daughter, she realized that being tall is not something unique, but rather a trait and experience shared by many young women and girls. She wonders, “As a mother I can’t help but ask, will my daughter have to go through the same struggles I did? How do I guide her in the right direction?”

Baumann-Von Broen made the 2012 documentary film “Tall Girls” in an attempt to answer these questions. In it, she profiles seven German, Austrian, Dutch and American girls and women to learn more about how they see themselves in a world where they can’t help but always be seen.

Although Arianne Cohen is Jewish, it is not explicitly mentioned in the film. But there are other Jewish women of such height and The Sisterhood spoke with three of them to learn about their experiences and to gain their perspectives on the issues the film raises.

In “Tall Girls,” two of the young women, American Michelle Buswell and Estonian Tiiu Kuik, are both 6’2” models living and working in New York. They have found success despite initially having been turned down for jobs for being too tall. Another young women profiled, Arianne Cohen, is the 6’3” author of “The Tall Book.”

The film also follows four teenagers, including Lisa, a 6’6” New Yorker whose mother pushed her into playing basketball, and who is now passionate about and successful in the sport. Twelve-year-old Lea lives in Germany, and at 5’11” opts for off-label hormone treatment to stunt her growth. Sarah, a Viennese 12-year-old, undergoes surgery in an attempt to keep her from reaching a projected 6’3”. A 19-year-old Dutch woman named Lieke underwent the same surgical procedure, but now regrets it.

“When I watched the film, I remembered that my childhood really did suck,” said 6’1’’ Faye Bittker. Like the girls in the film, Bittker, now 51 and living near Beersheva, Israel, was taken to growth specialists and endocrinologists for assessment as a pre-teen. “I was just about 6’ and wearing a size 13 shoe by age 11 or 12,” she recalled. “I was voted klutziest kid at summer camp.”

Bittker opted against medical treatments, as did Lisa Greenberg, now 49. Greenberg, who is 6’3” and lives in Oakland, California, remembers debating with her parents whether to take the hormones or not. “In the end, I told myself, ‘You are going to be tall, so deal with it. Don’t flaunt it, but don’t hide it either.’”

Her mother’s putting her in modeling school when she was a young teen helped, as did her taking up basketball and especially volleyball in a serious way in high school and college. Moving in these circles where her height was appreciated was an important counterbalance to the teasing she endured from classmates at Hebrew school.

For Bittker, having other tall women with positive outlooks around her helped. “I had great role models…tall women who stood up straight.” One of those role models was her 6’1” mother, who opened a chain of shoe stores for tall women (carrying large sizes) when the salesperson at a local shop said all he had to offer Bittker was a pair of shoe boxes to wear on her feet.

Bittker jokes that when she was growing up in Rochester, New York, she was certain that hers was the tallest Jewish family in the Western Hemisphere. Her family — she, her mother, her 6’6” father, 5’11” sister and 6’5” brother — were quite a scene when they entered the synagogue together.

Unlike Greenberg and Bittker, Long Islander Sheri Suzzan did not have a growth spurt until her mid-to-late teens. Now, 48 and standing just shy of 6 ft., she does not perceive herself as a tall woman in quite the same way. “I never had a tall perception of myself, and neither did others,” she said.

Suzzan likes her height, as Bittker and Greenberg like theirs now. “Height gives you a real presence, and you can wear clothes easily,” Suzzan said. “People say they wish there were as tall as me.”

“Sometimes I wish I could be incognito,” shared Bittker. “But [my height] is a good conversation starter and people remember me.” She also pointed out that the world looks at tall people as more authoritative.

Many tall women enjoy being able to eat proportionately more than shorter women and being able to hide a small or moderate weight gain more easily. More frustrating for the women interviewed, as well as for those in the film, is the fact that there are few men taller than they are to date. It is less of an issue for the young women in the film that it was for Jewish women growing up several decades ago. Back then their mothers encouraged them to exclusively date taller men and Jewish men — an exceptionally hard-to-find combination.

Greenberg recalled dating tall guys, even if she didn’t particularly like them. By contrast, Bittker said she only dated one or two men who were taller than she. “Tall is not something to build a relationship on,” Bittker, happily married many years to a man shorter than she, said.

Tales of Being a Tall Girl