What the Gosnell Horror Reveals About the Abortion Debate 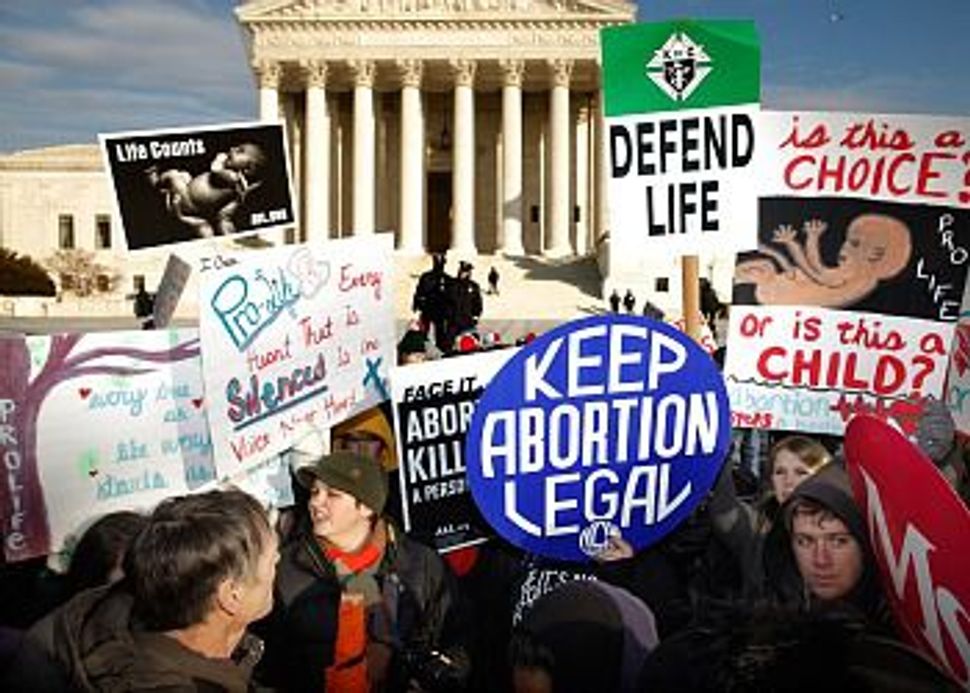 Last week, after a steady Twitter campaign by the right wing, several journalists — I’m looking at you, Dave Weigel and Jeffrey Goldberg — spoke up for the first time about the continuing tragic case of Dr. Kermit Gosnell, now on trial for murder in Pennsylvania. In their minds, apparently, Gosnell’s nightmare of a law-flouting abortion facility in impoverished West Philadelphia, run by a callous (alleged) killer of women and babies, had not been covered by their peers.

This provoked astonishment from female journalists on Twitter who had, in fact, both read and created coverage of the story.

Rebecca Traister tweeted, “Why did this story not register AT ALL when feminist journalists were telling it, but provokes anguish when antiabortion forces blow it up?” Jill Filipovic tweeted: “If dozens of women write about a topic but men don’t notice, do they make a sound?”

And Irin Carmon deftly called the “media blackout” a load of you-know-what at Salon: “If you’ve never heard of the Gosnell story, it’s not because of a coverup …It’s probably because you failed to pay attention to the copious coverage among pro-choice and feminist journalists as well as the big news organizations, when the news first broke in 2011.”

The current controversy has me in a complete tizzy because it combines two of my most loathed patterns in our public discourse. The first is a basic misunderstanding of the state of abortion policies in this country. In fact, thanks to a bucket load of restrictions and the odious Hyde Amendment, we’re alarmingly creeping back to a lack of access like we had before Roe — which in turn creates the potential for predatory Gosnell-types.

The second issue is a more personal complaint with policy ramifications. It’s the problem that, as I noted when I wrote about the VIDA count, many men seem uninterested in reading the words of women who write about women’s lives.

In fact, the women covering the case have done a thorough job for years now, noting that the Gosnell fiasco underscores some big social problems. These systemic issues will never make for sensational headlines the way the grisly details of the Gosnell indictment do. But they contributed to his “clinic’s” doing damage for so many years. Medicaid won’t cover poor women’s abortions thanks to Hyde; right wing pressure has led to a stigmatizing of abortion care as separate from normal health care (and thus in this case not subject to the same sensible oversights); and most importantly racism, sexism, and contempt for abortion-seekers led to the failure of authorities — the failure of anyone — to step in when those suffering were poor women of color.

For the benefit of those who haven’t been following the story, here are just some of the words of women who have written about the case now and then.

There’s the doctor’s perspective: Dr. Jen Gunter writes that unscrupulous medical practitioners of all types, from abortion doctors to plastic surgeons, prey on poor and ignorant patients. Another abortion provider, Dr. Lynette Leighton, wrote a piece explaining how decent medical practitioners in her line of work differ from Gosnell back in 2011.

Journalist Tara Murtha, at the Philadelphia Weekly, writes that the grand jury report implicates Pennsylvania authorities for ignoring both the abortion issue and the lives of these poor women: “with the eyes of the state averted, Gosnell and his staff — the clinic was run by a tight-knit group of relatives and friends — were able to get away with regularly scheduled murders.”

Murtha also notes the likely outcome of this: more abortion restrictions in the guise of “regulations” that make the procedure harder to come by and quite frankly, lead to the environment in which monsters like Gosnell flourish.

“Whatever the specifics of the legislation that will be passed in the near future, what’s clear is that the trend will be to restrict access, not protect it.

It’s also clear from the data that more restrictions will result in both delayed abortions and women forced to carry to term simply because they can’t afford it.”

Another perspective in 2011 came from sociologist Carol Joffe, who explained why patients would willingly go to such a house of horrors for a legal procedure:

So why did Gosnell’s patients not go to a better, i.e. safer, abortion clinic, for example, the Planned Parenthood in…One very poignant answer to this comes from a statement that one of Gosnell’s patients made to the Associated Press. The woman had initially gone to this Planned Parenthood for a scheduled abortion, but “the picketers out there, they scared me half to death.”

Another reason women came to Gosnell’s clinic is that he undercut everyone else’s prices. As numerous abortion clinic managers have told me over the years, for very poor women—who are way over-represented among abortion patients—differences of even five or ten dollars can be the deciding factor of where to go.

A final area in which women’s stories, and women’s perspectives, matters more than so-called journalistic objectivity is the question of abortions performed later in the gestational period. Sadly, the matter of “late term abortion” remains a favorite object of hand-wringing by “sensible” pro-choice men who want to show that they have some arena in which they can still join pro-lifers in scolding women. I had truly hoped that after the horrible murder in 2009 of Dr. George Tiller — who unlike Gosnell, was a caring and safe practitioner — we’d begun to understand the stories of women who seek this procedure and could stop using it as a political football, or a gift to hand to the anti-abortion side.

After his murder, we learned who sought late-term abortions at Dr. Tiller’s office. These were women, the New York Times noted in a roundup “who were newly diagnosed with cancer and who could not start chemotherapy unless they terminated their pregnancies; women whose babies would be born only to suffer from genetic illness and die; women — not girls — who were victims of rape or incest and who were so young that they didn’t know enough to know they were pregnant until they were many months along.” That is the reality of late-term abortion.

Goldberg, among others, must not have been paying attention when those heartbreaking stories of later abortions that flooded the media (just as the initial Gosnell stories did) back then. He tweeted this weekend that “the Gosnell horror undermines the case for late-term abortion.” But Gosnell is not being tried for later abortions — he’s accused, disturbingly, of breaking the law by delivering infants past the legal abortion limits and then killing them.

The women written about in the Times story about Tiller came from similar desperate circumstances as the women who went to Gosnell. The difference was because of luck or privilege or location, they got treated by a mensch, a professional health care provider. The great irony of our abortion politics is this: The more the law, right-wing policies and the work of fanatics eliminate women’s access to the Dr. Tillers of the world, the more room is left for the Gosnells.

What the Gosnell Horror Reveals About the Abortion Debate