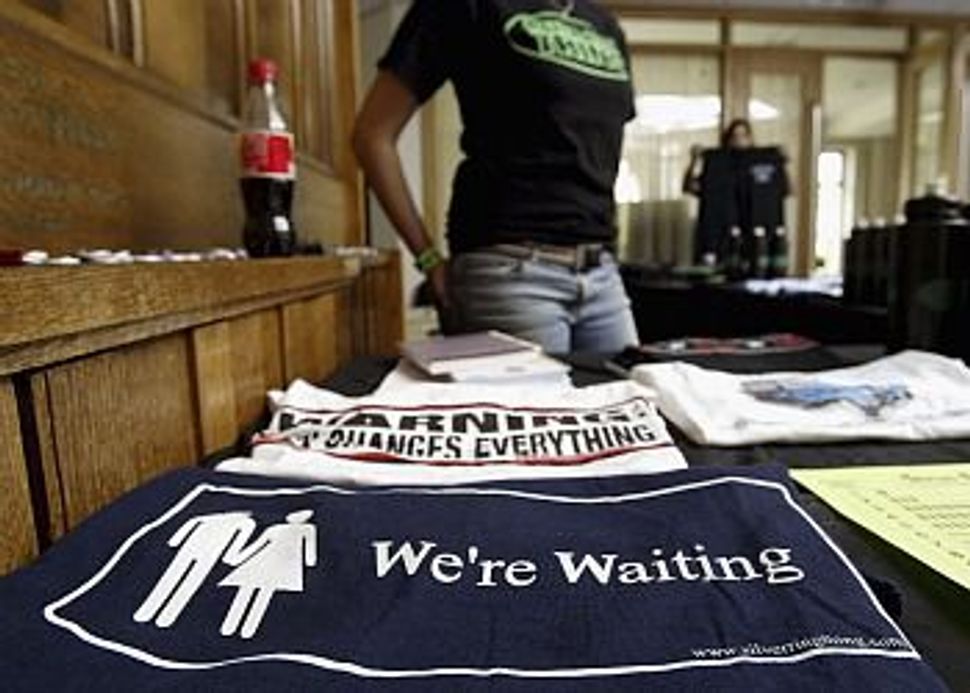 Not everyone thinks abstinence-only education works. Image by Getty Images

Abstinence-only education doesn’t achieve its intended goal: preventing pregnancy. The American states with the highest teen pregnancy rates employ abstinence-only education in their schools. And while abstinence-only lessons by definition don’t include the efficacy of various birth control methods, leaving students without basic knowledge, they also often shame young women, too. In particularly heinous examples, sexually active women are compared to chewed-up pieces of gum cups with spit in them, or flowers with the petals torn off.

Fortunately, some young people don’t take the claptrap that the abstinence peddlers, well, peddle. In the midst of the Boston Marathon horror, you may have missed the amazing story of Katelyn Campbell, a young student leader who stood up to the bullies at her West Virginia school.

Katelyn Campbell, the school’s student body vice president, refused to attend an assembly where Christian speaker Pam Stenzel told GW students “condoms aren’t safe” and warned that any type of sexual contact would lead to sexually transmitted diseases and cause women to be infertile, according to an audio recording of her presentation.

In her YouTube videos, Stenzel shouts and says things such as women who take birth control are “10 times more likely to contract a disease … or end up sterile or dead.” She allegedly told GW and Riverside students, “If your mom gives you birth control, she probably hates you.”

Campbell has also spoken out about her school’s policies overall, saying discussion of safe sex is even verboten in the nurse’s office, a shame in a state with a high teen pregnancy rate.

As a result of Campbell voicing her concerns on TV, her principal — the man who has instituted these policies and approved Stenzel’s visit — threatened to tell her future alma mater, Wellesley College, about her “character” as (in his words) a backstabber. Fortunately Wellesley had other ideas, supporting Campbell in a Tweet that has gone viral.

Katelyn Campbell, #Wellesley is excited to welcome you this fall. http://bit.ly/13jqRet

Students at another school visited by Stenzel described her as “attacking and bashing the girls” and saying that parents who offer their children birth control “hate” them. Jewish women should be joining the overwhelming swelling of support for Campbell. In addition to being sexist, scientifically wrong, and generally obnoxious, Stenzel’s beliefs reflect an extreme brand of Christianity that should be kept out of state-funded schools.