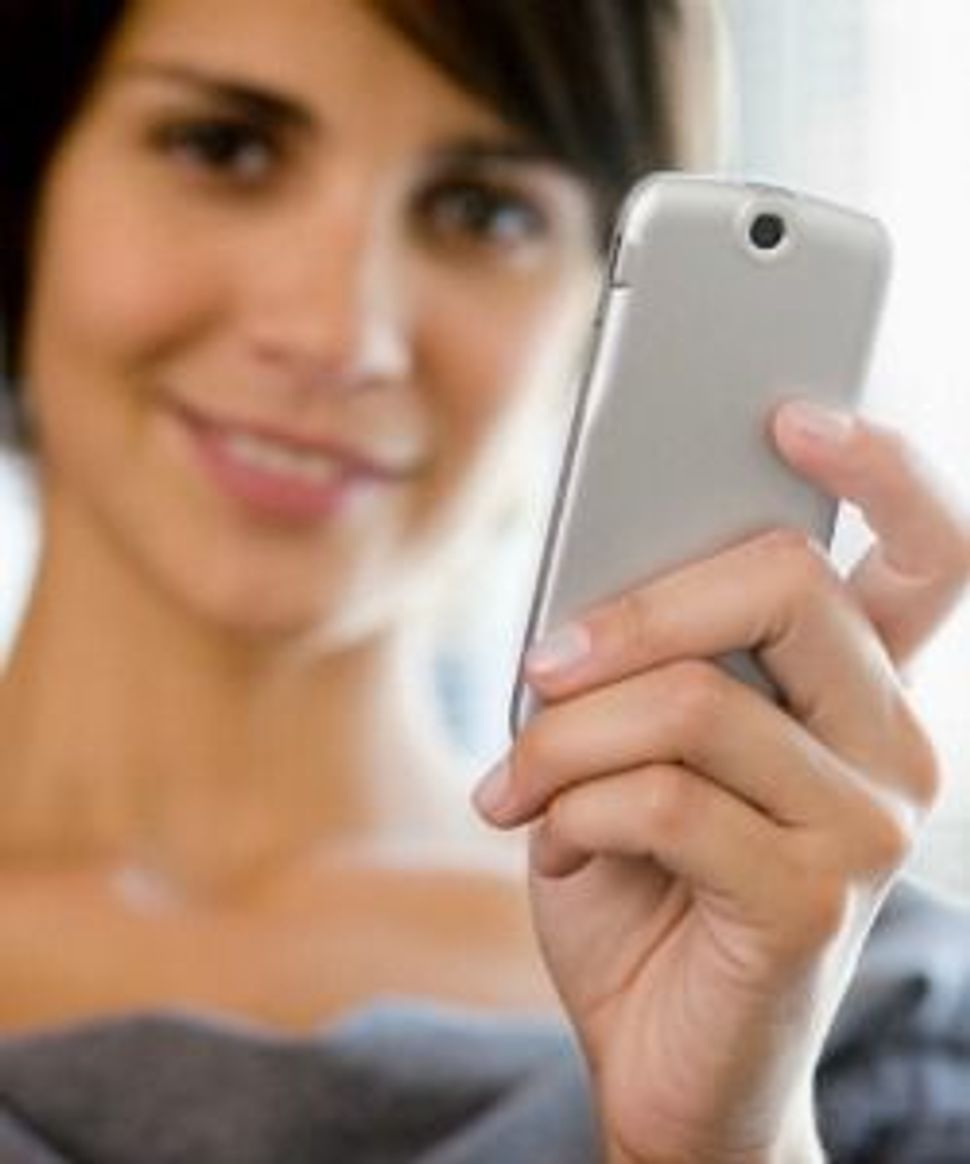 This is the second post in a Sisterhood series by Nina Badzin on gadgets, family and work.

Immediately after Passover, I announced my intention to cut the cord on technology — specifically, to reduce my iPhone use in half by next spring. Inspired by the themes of the holiday, I decided to stop acting like a slave to texts, emails, Facebook and Twitter. Instead, I looked for ways I could realistically shave off the time I spend with my eyes focused on that spellbinding screen.

“In half” is a nebulous figure, considering I’m not sure how much time I was connected to my phone before Passover. But I know I’m not alone in suffering from the fragmented, frazzled lifestyle that comes from the “convenience” of having smartphones around no matter where and when.

According to a study presented by University of Worcester psychologist Richard Balding, “the more you check your phone the edgier you feel.” Most fascinating was the fact that “personal interactions via email, text and social media sites like Facebook and Twitter” cause the most anxiety as opposed to work-related interactions on our phones.

The good news? My experiments so far have already proven fruitful and might help others, too. In little over a month I’m spending less time with my phone. The bad news? I still have a long way to go.

NO MAGIC IN SHABBAT

Some readers (like my husband) might be disappointed to hear that Shabbat has not been the magical answer I’d assumed it would be. While turning off the smartphone and any gadget on Shabbat is a fantastic and worthwhile idea no matter how strictly one adheres to all of the Sabbath laws, I don’t think that 25 hours without our phones makes a significant enough dent in the addictive, out-of-control phone use plaguing the rest of the week. (For the record, I’ve increased my phone-free time on Shabbat each week since Passover with a personal best of 19 hours. Yes, that includes the hours I was sleeping.)

I intend to continue aiming for a phone-free Shabbat. But I want the Shabbat observant among us to know that turning off phones on Shabbat does not give you permission to text your way through the week. You can be both Shabbat observant and smartphone-obsessed to the point of utter rudeness the other six days of the week.

What I’m looking for are solutions that promote a healthy distance from my phone during a portion of every day, which is why I focused my next efforts on getting the phone off the table — two types of tables, to be specific: my nightstand and restaurant tables.

QUEEN OF THE NIGHT

Banishing my iPhone and its charger from my bedroom has been the most satisfying and obvious improvement so far, which does not mean the first week was void of anxiety. I had to get used to not making calendar and to-do list changes or sending off emails up until the last possible moments of my waking hours. I couldn’t type in ideas for articles in my notes app, which I use in place of a real notebook for its speed and automatic iCloud back ups. I couldn’t use the quiet time when my kids were long asleep to catch up on Twitter, respond to blog comments and otherwise escape into my Internet world. (I banned my laptop from my nightstand last year.)

Solutions were fairly simple. I started taking notes on paper again. I learned that most emails and texts I saw the next day relayed information I needed eventually, not urgently. Social media can always wait. And as my husband reminded me, if someone really needed me, we have a landline. Speaking of my husband, I speak to him more now at night.

Keeping the phone out of the bedroom has also improved my morning routine. I spend less time getting myself ready now that I’ve eliminated the frenetic returning of emails and quick glances at texts I’d attempt between washing my face, brushing my teeth and applying my lotions and potions. I used to snap at the kids to eat more quickly and get their shoes and coats on faster when I was the one making us late by trying to do too many things at once.

Until social norms completely change (like they did with smoking), phones at restaurants will remain a problem. I’ve been making a point to put my phone away when I’m out for any meal or even coffee, but I’m often with people who keep their phones on the table, or inevitably the diners at the next table have their phones in plain sight. Ultimately, I end up thinking about my phone the moment I see someone else’s.

What I’m doing — what most of us are doing — is suffering from the faux urgency and inflated self-importance bred by our smartphone culture. This need to stay constantly connected is a psychological trap. We make it so nobody is forced to wait for answers to the most non-essential questions. In turn, we too expect to never wait for responses to comments and questions we’ve set forth into the emailing, texting and social media world.

Being socially polite online has forced us to be deplorable friends and acquaintances to the people in front of us at any given moment, from our dearest friends and family to strangers in the elevator.

There’s a real expectation of availability in society now. Yes, it’s made certain aspects of our lives easier, but it’s come at a cost. What I’m trying to discern at this early stage of my yearlong experiment is just how much I’m willing to pay.