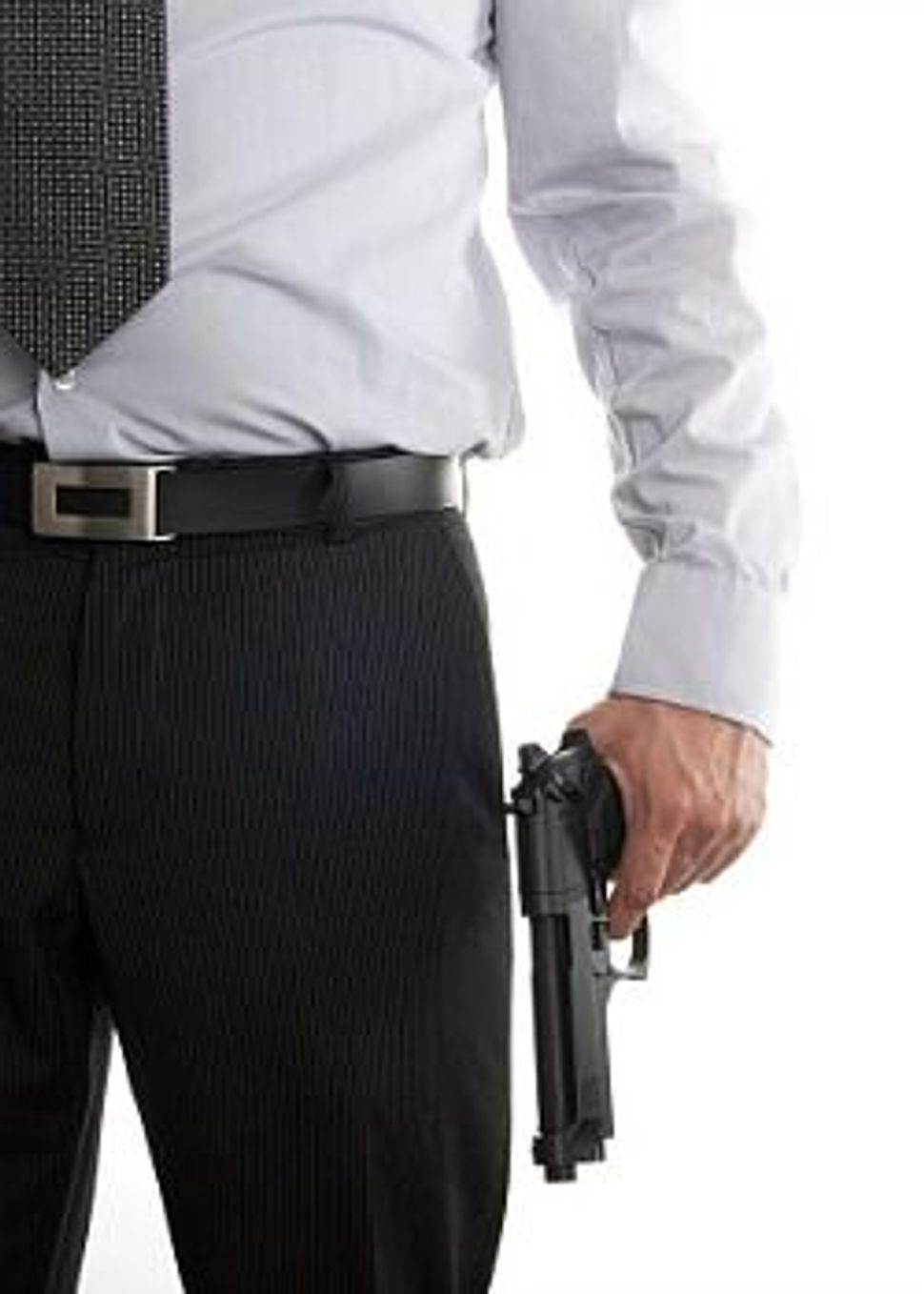 Back in December 2011, I wrote here at The Sisterhood about the lack of attention in Israel toward violence against women. At that time, there had been 12 cases of women murdered by their husbands or other family members as a result of security guards taking their weapons home after work. Now that number is up to more than 30.

Israel Social TV, an independent media non-profit organization, recently aired a segment highlighting the Israeli government’s latest attempt at curbing this particular type of domestic violence. From what was reported, it looks like the fix is not the right one.

According to Smadar Ben-Natan, an attorney working for the Gun-Free Home Coalition, there are 40,000 firearms in the possession of private security guards in Israel. The number keeps growing as the demand for security at schools, commercial establishments, entertainment venues and other places constantly increases. There are more guns in the hands of security guards than there are in the hands of Israel’s police force.

In 2008, the government banned security guards from taking their weapons home with them. However, there is a loophole that allows security firms to make exceptions, and according to the report, most guards routinely take their guns home at the end of their shifts.

Ben-Natan asked why security firms have not installed safes at the guards’ places of work so they can safely store their guns before heading home. Research into the price of the purchase and installation of small safes showed that such a move would not be financially prohibitive for the private security firms, which Ben-Natan accused of being motivated more by profit margins rather than by public safety.

In what seems to be a kind of compromise move, the government has mandated that as of this month, a safe be installed in the house or apartment of every security guard so that they will be able to lock up their weapon when they get home. How this will prevent more domestic murders, when there is no way to ensure that the guns will actually be locked in the home safes, Ben-Natan wanted to know.

A safe salesman interviewed suggested that if a hot-headed husband or domestic partner had to go find the key to the safe or remember the lock’s combination, it would give him a few seconds to think again about what he was going to do. Maybe … but not likely.

The current heated debate in the United States about gun control legislation was proceed by quite a bit of post-Newtown talk about how Israel’s gun culture is relatively safer. It is important to highlight this particular exception.