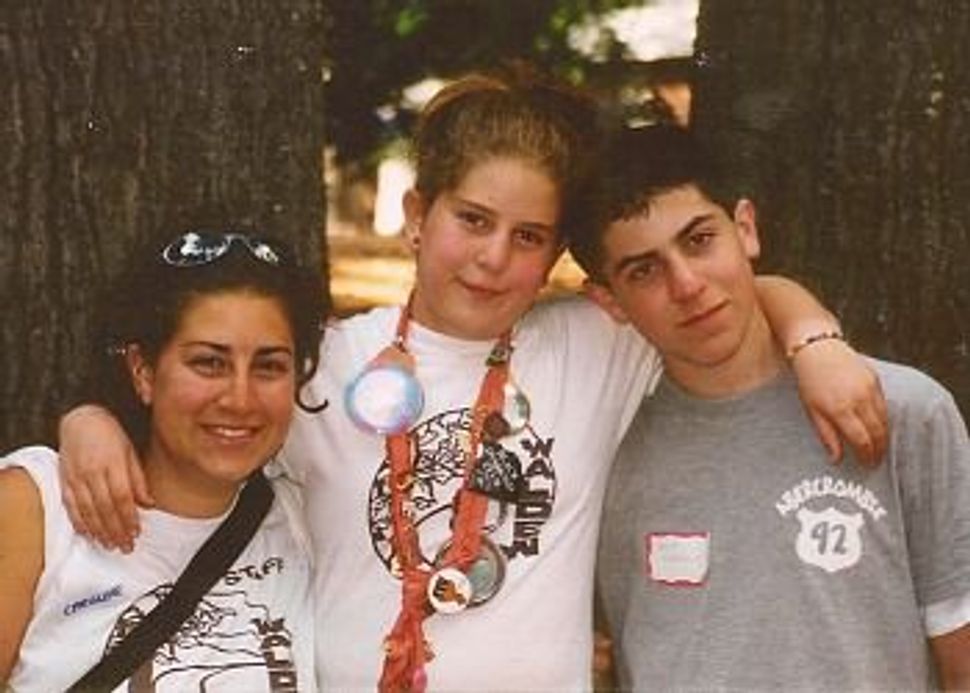 Sometimes I wish every week was Shiva with its unending support and ongoing hours, and days, of continual storytelling. For when loved ones die, the narratives we share help keep them alive. Shiva is the week before we must dance with reality, when the debate over how long it is supposed to take to reach acceptance in the stages of grief is not a spectrum, but a staunchly understood cavernous, amorphous abyss.

But all too often after Shiva, we forget. People are still mourning, but we forget. After the rugelach, fruit platters and babka have been laid on the kitchen counter and carried to the dining room table, then eaten, we forget. After the family members deepest in mourning — their loved one so recently a breath away — have cried, wailed and sat stunned in shock, we forget.

My brother, Joshua, died in October 2002, nearly 11 years ago. He was struck by a car while walking down a sidewalk in the Chicago suburbs; a senior from his high school pulled an illegal U-Turn and an elderly man struck Joshua, then 15, in an attempt to avoid collision with the teenager. The car flung Josh’s body into the side of a store building. Immediately left unconscious, he died the next morning in the Intensive Care Unit.

Recently, a friend lost a family member. I paid two Shiva calls, which I never questioned doing, even though I was traveling for work and moving apartments that week. Jews often say we do death and weddings well. We bring our love, our warmth and our food and we sit.

I am not suggesting we live our lives consistently consumed by grief and loss. But I am suggesting we could extend our sympathy a touch longer. There were friends who called me weekly, daily that first year after Josh’s death. There are friends who still call on Yahrzeit, or text on my brother’s birthday. That vital outreach after Shiva helped usher me towards a life beyond loss.

Most days, I live without grief. I was 19 years old when Josh died, two months into my freshman year of college. I am now weeks shy of 30. Most days, the trauma of losing a brother — the hard work my sister and I have done to create an impenetrable bond as we are now two after a childhood of three; the unexpected familial and life shifts that resulted from his death — does not overwhelm. I live grateful. I live optimistic. I live with joy.

But when I wish it were still Shiva, I want to mourn with my whole body. I exist further and further away from a reality when Josh was alive, and I wish it were still Shiva so I could incessantly tell Josh stories, tears stacking in my eyes, the corners of my mouth arching upwards into a crescent moon, to transform potentially devastating tears into an apex of homage and reverie.

This past April 10 was National Siblings Day. Photographs of friends with their siblings adorned my Facebook Newsfeed. I didn’t plan to post anything. Then shortly after dark, after reporting for an article and sitting down to a solo dinner at a sushi restaurant on Manhattan’s Lower East Side, I received a text message from my sister — a screenshot of a photograph of she, Josh and me in the early 1990s. We lay in a line from oldest to youngest, wrapped in snowsuits, nuzzled in the snow in our then backyard. Clad in earmuffs, propped up by my pre-teen arms, I gaze down towards my younger siblings. Josh rests his head — warmed by a Ninja Turtles hat — in my lap, smiling directly towards the camera. My sister, Natalie, her little head cloaked in a white hood rests against Josh’s torso, cries.

In between slurps of miso soup — one of Josh’s favorite foods — I posted the photograph on Facebook with the caption, “It is like National Siblings Day or something. So here is a Rothstein classic from back in the day — big Sis, little Sis, and our beloved Josh in the middle. Gets me a little choked up looking at it, not gonna’ lie, but Nads and I hold it down, and it’s good to remember that day and all our days in the Illinois snow.”

Sixty-three likes and eight gracious comments later, I knew that I didn’t post the photograph because I needed social media support in order to validate my moment of grief or beg for sympathy. Rather, I was honoring my reality. No matter how old my sister and I grow, no matter how many years pass from when Josh was last alive, he will always be our brother. And the pain that wrestles with our pushing through life triumphant and strong can never fully go away.

So when I wish it were still Shiva, when I think about how necessary, crucial and fundamental that seven-day period was to my ultimate healing and journey, I contemplate ways we can all continually support each other and our communities after the mirrors uncover, the black clothes returns to hangers, and the last tray of food shrivels to crumbs — remnants of this brilliant outpour of support we call tradition and automatic not as easily built into the fabric of the grief that may still need holding.