Being Jewish in Berlin 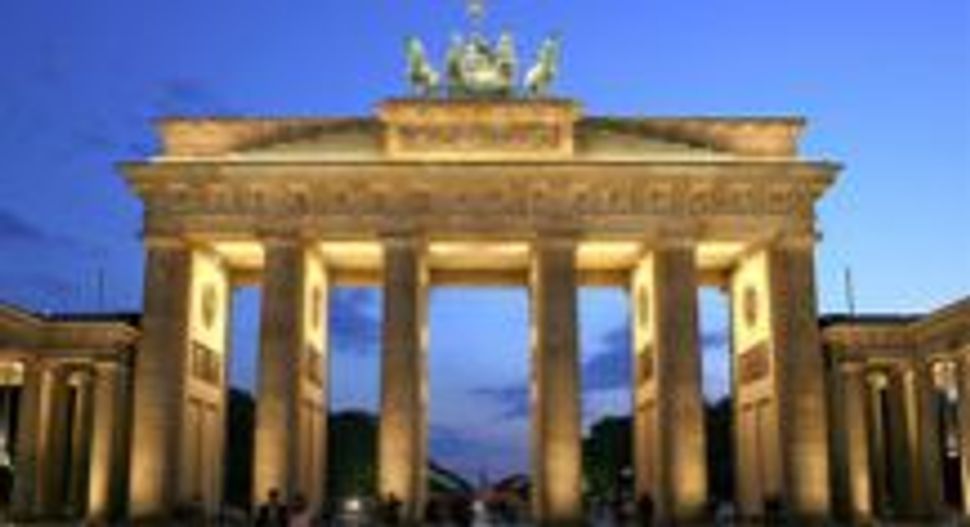 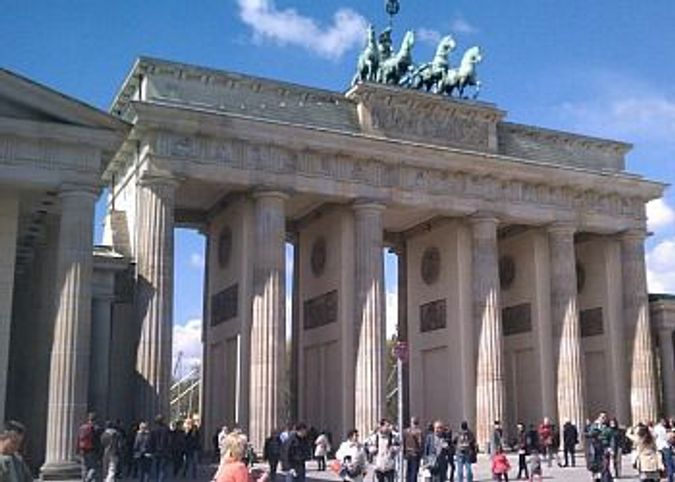 For years, I skirted around Berlin. Trips to Europe took me to Denmark, Holland and France, but never to their neighbor. When a friend finally convinced me to visit this spring, I got one of two responses from all of my Jewish friends: “Oh, I love Berlin! It’s like Brooklyn. I’ve been thinking about moving.” And then there was, “Oh, I could never.”

Until now, I’ve been firmly in category two. It isn’t personal. My family was lucky enough to have already been in the United States when the Shoah happened. My beef’s with the Ukraine, who chased them out (and which I still won’t visit), not with Germany. But the Holocaust is all over every Jewish kid’s curriculum, and it’s full of German people and German words. I keep thinking of scenes from Eytan Fox’s movie “Walk On Water,” which is basically the German/Jewish conflict illustrated on an individual scale. In fact, one of the reasons I’m in Europe right now is to attend an Austrian friend and former roommate’s wedding.

But as the plane circled Tegel airport, I felt a shadow crawl into my stomach. In the Customs line, I watched an elderly German couple and thought Were they there? What did they do? I was convinced that everyone could look at me and tell, like those guys in the New York City subway who always stop and ask if you’re Jewish.

The next day, I signed up for a walking tour that went past almost every major landmark in central Berlin, from Checkpoint Charlie to the Brandenburg Gate. It was impossible not to talk about the war and Jewish people in the city. My tour guide pointed out the Neue Synagogue and gave us 10 minutes to “interact with and react to” the Memorial to the Murdered Jews of Europe, which was designed by the American Jewish architect Peter Eisenman. The memorial is made up of large gray blocks that look like coffins, although the artist who designed them refuses to give an explanation of his work. Though people are sitting on them, smoking and eating their lunches, I notice that there is no graffiti. My tour guide explains that they were all coated with a special graffiti-proof paint. About two-thirds of the way into the process, it was discovered that the company who manufactured the paint had a large ownership stake in the company that manufactured Zyklon-B. They went ahead and finished the project. Eisenman refuses to say what the piece means or represents.

Suddenly, I heard a German woman shouting at her kid — who was about to run into traffic, so she had a pretty good reason — but I yelped audibly at the sound of her angry voice using German words, even though they weren’t directed at me. Later, in the History of Berlin exhibit, the piped-in breaking glass sound effects in the Kristallnacht exhibit were so vivid and realistic than I rushed into the next exhibit as quickly as I could. (Since the museum went in chronological order, you can imagine that the next exhibit wasn’t any more cheerful.)

In Berlin, I have been hyper-aware of my Jewishness in a way that I haven’t been since I was a teenager. I grew up in Raleigh, North Carolina; there are now two synagogues, but I was the only Jewish kid in my high school and felt it acutely. Every week, my school friends went off on church retreats and Fellowship of Christian Athletes meetings, and whenever I walked past the prayer group that met in front of our school every morning I felt all my hairs begin to prickle and a giant invisible Star of David glowing on my forehead. On the block in front of my hotel, there is a tiny gold square, the size of a few postage stamps, that reads “Here lived Max Laske, Born in 1903. Murdered August 8, 1942 in Sachsenhausen.” I wonder how many times I stepped on it before I noticed.

Berlin is a city still wading through its own history. Watching giggling tourists pose and smile next to remnants of the Berlin Wall, I think about how many more of the locals walking past were alive when the wall came down than during World War II.

A few years ago, I was sitting with an Israeli friend in a Tel Aviv café. He works for an international company, and one of his German colleagues was in town for a couple of days and asked if she could join us for shakshuka. “A German, an American, and an Israeli sitting together and having tea in Israel,” my friend said. “It’s beautiful.” And here I am, alive and Jewish and wearing a pair of hamza earrings, walking alone down the streets of what used to be East Berlin. That is beautiful too, I think.

Being Jewish in Berlin