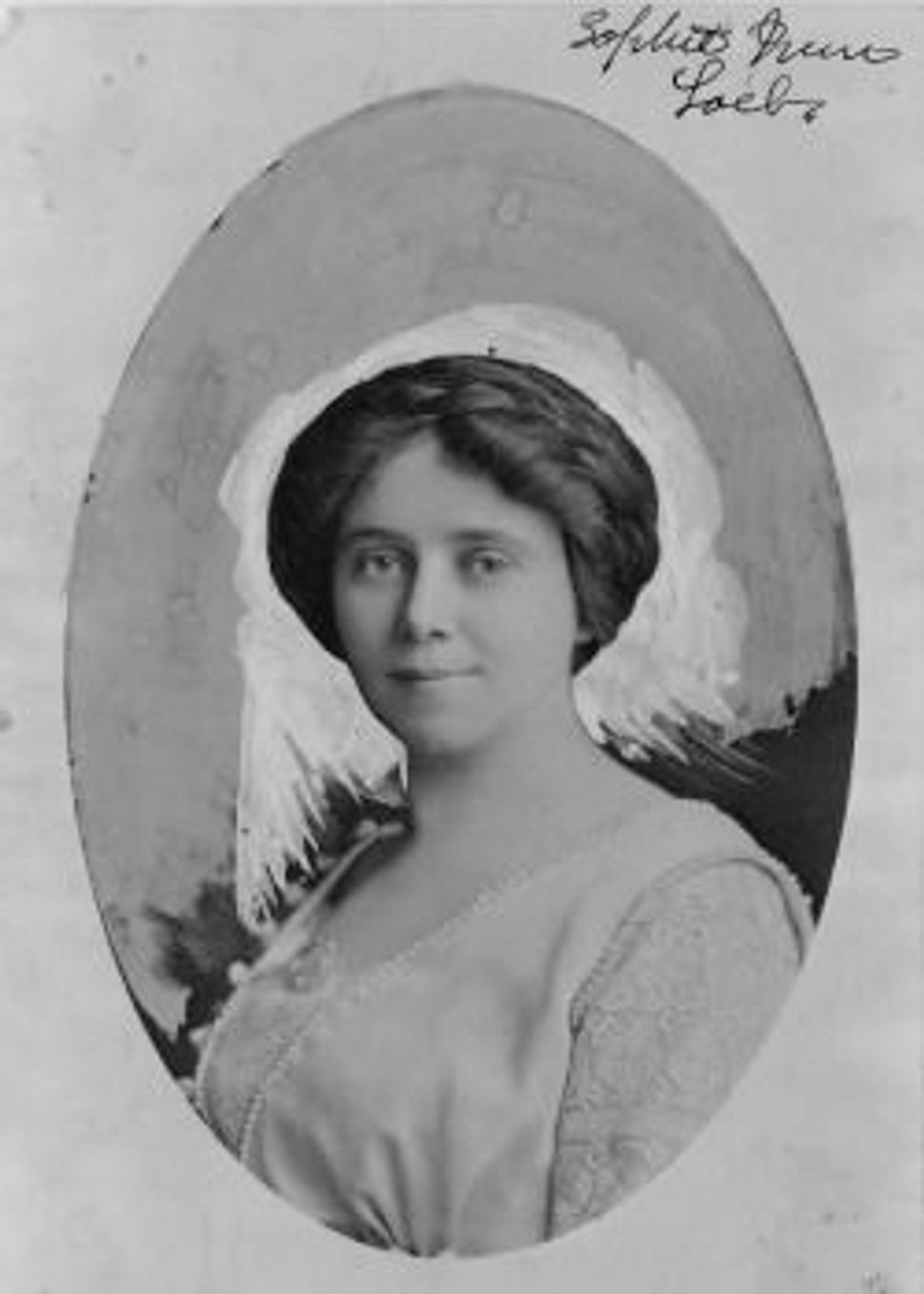 May, I recently found out, is Jewish American Heritage Month. (It also happens to be Mental Health Month and National Salad Month.) I don’t know how the existence of JAHM eluded me until now; it was first proclaimed by President George W. Bush back in 2006. (Representative Debbie Wasserman Schultz and Senator Arlen Specter introduced the resolutions in Congress.) Even the fact that this year’s White House reception recognizing the month was a victim of sequestration did not bring Jewish American Heritage Month to my attention.

I normally take a rather cynical view of “history months.” I don’t like the idea of confining any group’s history and heritage to a 30-day period, implicitly excusing the ignoring of that group for the rest of the year. As I recall, schoolchildren see a pre-packaged theme curriculum (2013’s is “Jews in Entertainment”) as a signal to dismiss a topic they might otherwise have engaged with. But when I typed “Jewish American” into my browser’s search box, the first suggested result was “Jewish American Princess” and the third was “Jewish American Princess Jokes.” Could a special month for American Jews make things any worse?

Since I’d missed out on the first week or so of May, I looked through the JAHM resources for important people I might have similarly overlooked. And since this is the Sisterhood, I looked for women.

I learned about Annie Fisher, born in Russia in 1883, who came to Hartford as a young girl and, after attending Wesleyan on a scholarship, spent her career improving public education for immigrant children and children with special needs. She became Hartford’s first female superintendent and principal.

There was Edna Ferber, who wrote a Pulitzer Prize-winning novel as well as the book that became the musical Show Boat. And Florence Prag Kahn, the first Jewish woman in the U.S. Congress, was born in Salt Lake City, served on the House Military Affairs Committee, and was elected to six terms: the first to replace her husband, who had died, and the next five having proven herself as an individual.

I knew that a Jewish woman, Ruth Mosko Handler, was the creator of the Barbie doll, but not that two other Jewish women were behind the modern bra and chemotherapy. The former was an spin-off of Ida Cohen Rosenthal’s business sewing dresses for flappers; the latter came from Gertrude Elion’s wish that no one should suffer from cancer as her grandfather had.

Then, on a page of educational posters, I found Sophie Irene Loeb.

She came to America as a child, settling with her family near Pittsburgh. Her father died when she was a teenager, and at 20 she was a teacher, married to the older man in whose store she had worked in high school. She began writing essays for the New York Evening World, and when she and her husband divorced — the year was 1910 and she was 34 years old — she moved to New York to write for the World full-time. Her reporting led her to poor widows struggling to raise their children, and their plight made her an activist. She went to Europe to study welfare policies for the State Commission on Relief for Widowed Mothers. She served on New York City’s Child Welfare Board, including eight years as its president. She was a strike mediator (the first woman to hold that position); she wrote a book on child welfare, and she befriended Governor Alfred E. Smith. Her advocacy for government aid for children stretched across the country and around the world. In 1925 she went to Palestine to report on the Jewish population there. Her articles for the World, supporting the Zionist movement, were soon published as a book titled “Palestine Awake: The Rebirth of a Nation.”

There is a New York playground named after her, on Market Street between Henry and East Broadway, and a fountain dedicated to her in Central Park. I must have walked past both without thinking, without reading the plaques, probably numerous times.

I still maintain it would be better if it didn’t take a contrivance like a special month to raise awareness of Jewish American heritage. (Or, for that matter, mental health — or salad.) But this May, I’m glad to have stumbled upon JAHM, and the lives it helped me discover.