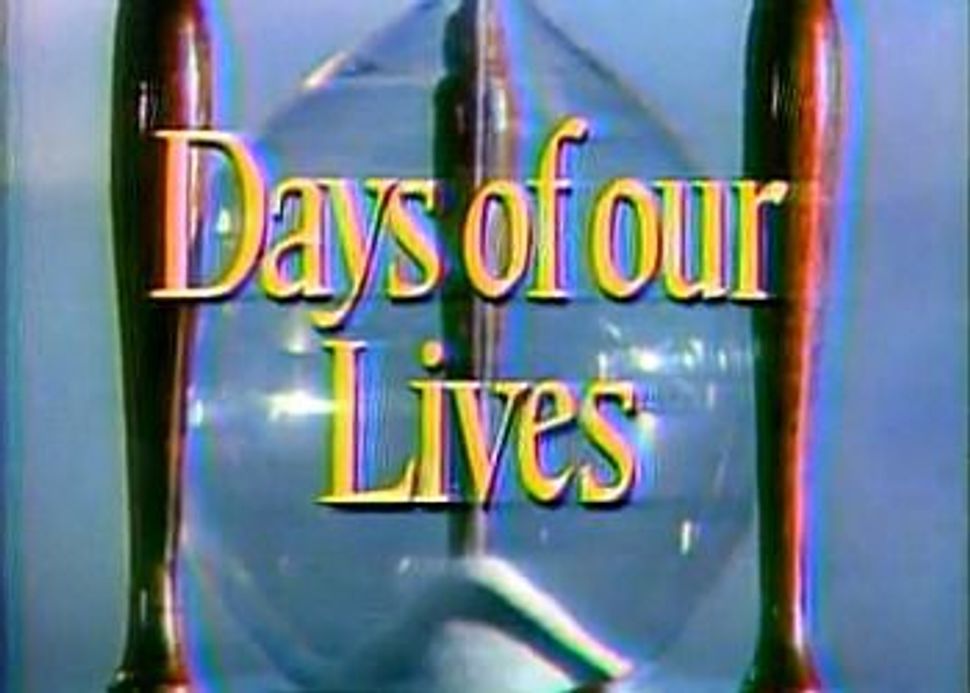 One of my clearest memories from childhood is peeking around the doorway from the kitchen to the den as my mother ironed and watched “Days of Our Lives.” A couple lay in bed, the woman in a negligee, the man bare-chested, a patch covering one eye. I was a little scared — what if he lifted the patch! — but more than that, I was totally enthralled, both by the scene and that I was watching television at all.

My parents placed strict limits on what shows my sister and I could watch. Had my father known that we were sneaking peeks of soap operas, he would have been massively displeased. The knowledge of just how illicit my action was, combined with my immediate fascination with these people and their stories, left me wanting more.

Over the next several years, my mother gradually allowed my sister and me to watch soaps with her during school vacations. Maybe she was bored, maybe she was tired of coming up with ways to entertain us, or maybe she simply wanted to carve out some time to do what she wanted. But whatever the reason, I was too happy to bother thinking about it too deeply. I couldn’t get enough of the outlandish plots and intricate family trees, and eagerly listened to all the backstories that my mother could offer.

I thought that these shows were something that only we watched, until the summer that my mother, sister and I spent a week at my aunt’s beach house in Florida. The sun was so fierce that we had to stay inside from late morning to early afternoon, and on the first day of our visit I learned that my mother’s younger sister was an avid “Days” fan too, as were her daughters. Every day at lunchtime we would gather in front of the TV to watch the show. I remember thinking that this was a distinctly female ritual, and how special that felt.

I didn’t know at the time that we were also watching a genre whose very existence could be credited to a Jewish woman. Irna Phillips was the youngest of 10 children; her father died when she was young, and her mother raised Irna and her siblings alone. Strong female matriarchs were a staple of many of the soap operas that Phillips helped create, which included not only “Days” but also “Guiding Light,” “As the World Turns” and “Another World.”

Neither Phillips’ shows nor other soap operas could ever shake their dismissive designation as “women’s entertainment,” but in truth many of these shows tackled controversial topics far earlier than their more respectable prime-time counterparts. In 1964, “Another World” became the first TV show to deal with abortion; storylines exploring issues like divorce, adultery and cancer were also common. In the 1980s, a “Days” plotline focused on Holocaust survivors and an interfaith romance.

I didn’t watch that storyline, but the thousands of others that I’ve seen have given me more than just a way to pass long summer afternoons. Twenty-plus years of charting the intricacies of the Brady and Horton families make remembering hundreds of minute details about my friends’ and relatives’ lives a snap. The concept of weaving multiple storylines together to connect disparate characters has influenced my own writing, and my interest in controversial social issues stems in part from watching how soap operas have dealt with them.

But most importantly of all, soap operas have given me a unique link to my mother. They provided a common ground completely separate from my father and my sister, whose interest in soaps waned by the time she was in high school. Yet for my mother and me they remain a language only we speak, a way in which only we bond, story by story, one grain of sand through the hourglass at a time.