Where Did My Friends Go? 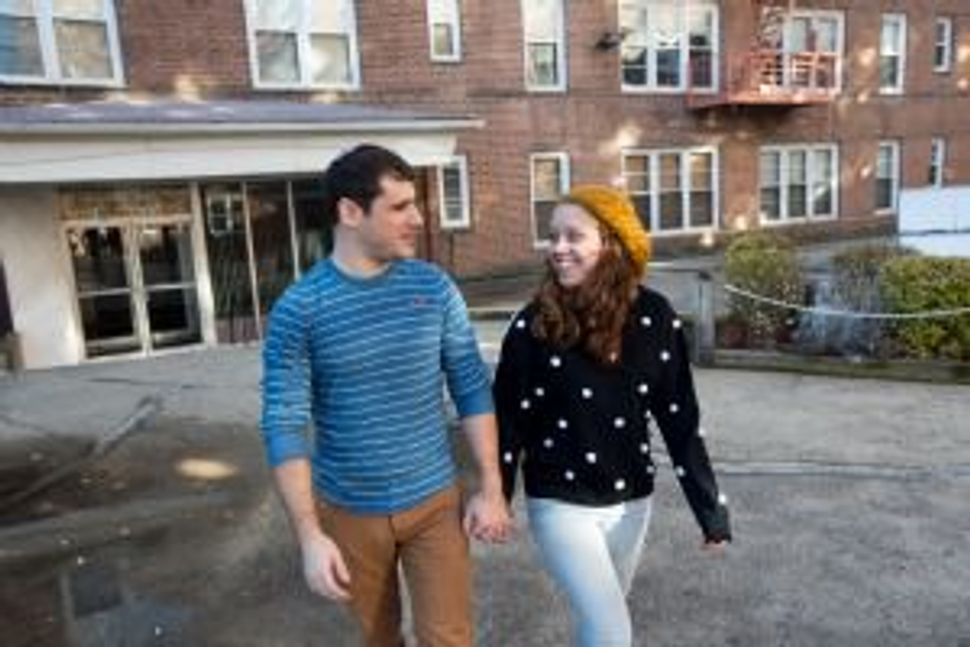 Calling All Friends: Simi and Jeremy are looking for friends in their new neighborhood. Image by Claudio Papapietro

In college, friendships were ripe for the plucking. There was a veritable buffet of potential best friends; hundreds of men and women of my own age were just waiting for me to confide my secrets to them or to watch a movie or go dancing with them. All I needed to do was jump into the pool and find them, the other somewhat-odd nerds who were also fond of books and alcohol.

But now I’m old. The articles I’ve read about the changing nature of friendships in adulthood tend to focus on the late twenties and early thirties as the pivot point, but we Orthodox Jews like to get a jump-start on adulthood by marrying early. So now I’m old, and I live in the suburbs and my buffet of friends is gone, or at least a bridge or a tunnel away. 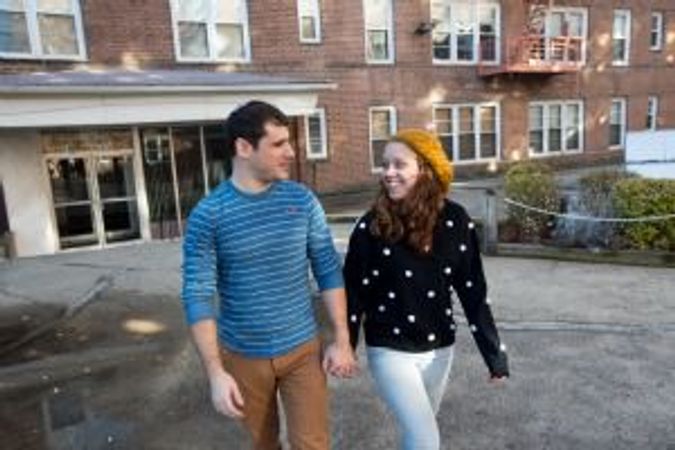 Calling All Friends: Simi and Jeremy are looking for friends in their new neighborhood. Image by Claudio Papapietro

When you’re young and Modern Orthodox and living in New York, you typically live in Washington Heights. I, on the other hand, live in New Jersey, in a small Jewish community that until a year ago I’d heard of only once. I don’t go to grad school, so making friends there is not an option and, as I’m sure everyone is sick of hearing, I won’t have children for some time, a change that, on average, adds nine new friends to a woman’s social circle. I got married and I suddenly found myself best-friendless, feeling a bit like I was holding up a friendship bracelet with no one to give it to.

Of course, my husband is my best friend and all that, but not having a friend I could gossip with from time to time made me realize how much I need estrogen-fueled companionship. Sure, my husband completes me, and I can talk to him about anything, but complaining to someone about lady stuff is entirely less fulfilling when they can’t complain back. There are certain things I need friends for, and not just friends on Gchat.

When we were first married — a whole five and a half months ago — this was much harder for me. Jeremy saw how sad I was living so far from my college friends and he offered to move. “Let’s give it a year,” I bravely told him. We had friends over for Shabbat, and had frequent meals with the one couple we knew in town. We Facebook friended everyone we met in the community, hoping they would turn into real-life friends.

As weeks passed, the urgency to find a new BFF nearby diminished. Nothing changed, except for my own mindset. I realized I was so desperate for friends — couple friends and a female soul mate — that I wasn’t letting it happen naturally. And, importantly, I was terrified of becoming a quiet married couple without the active social life I enjoyed in college. But we’re slowly becoming just that, and it’s simply part of growing up. I wasn’t prepared for that when we got married, but with Jeremy’s patient support and a few bursts of frenzied socializing in the city, I’ve become happier at the thought of spending time just with my husband. And when he’s not there? Well, I do things that I enjoy: writing, reading, even napping.

Jeremy and I are lucky in that we’re Orthodox and have a natural community built around our synagogue. Someone mentioned that you have to actually go to shul on Shabbat to make grown up friends, and we became more diligent about waking up early on Shabbat mornings to do that. We still have friends over for Shabbat, but we also focus on having quiet weekends with just each other. We have the couple we knew when we moved here, and we see them every few weeks. We have kind-of-friends that we’ve met in the area, and over time, I’m sure, we’ll become real friends with some of them and stay kind-of-friends with the others. And I remind myself that even in college, it took me a year to find the niche I’d been looking for. It wasn’t as simple as walking into a room and pointing; it took time.

My birthday is coming up and if I do have any sort of party with friends it will probably be with the friends I have from high school or college; I don’t have anyone else I feel close enough with yet that I’d want to celebrate with. If I wrote this post a few months ago, I would have cried at the thought that I’m months out of college and don’t have any new friends to party with, but now I’m okay with that. I have my friends from college and high school, and though I might not live near them, they’re always there when I need them.

Where Did My Friends Go?