Why Do Teens Today Love Prom? 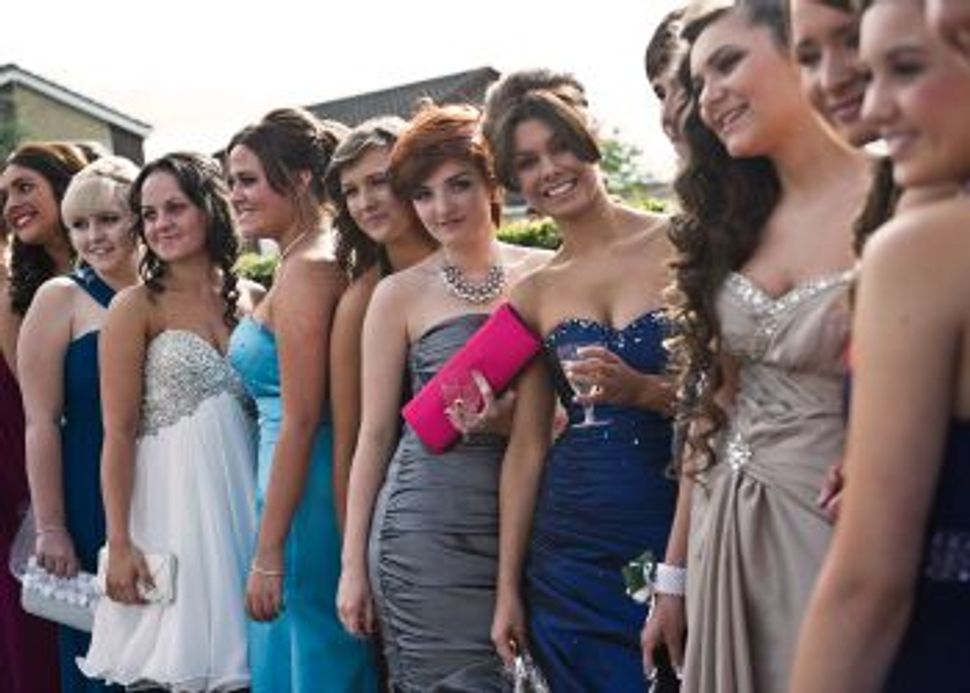 Remember the good old days, when everyone hated prom? Okay, maybe everyone didn’t hate it, but for a long time there was a deep and widespread cynicism of this (forced) rite of passage— and those who took it too seriously were considered out-of-touch or uptight. (See basically every high school movie from the last 25 years.)

Well, luckily for local florists and limo drivers, and unluckily for all of us who prefer our teens a little angsty and anti-establishment, prom has a made a major comeback.

The reports from this prom season have been rife with tales of teenagers really loving — and spending big money on — prom. The New York Times had a story on teenage boys seeking out increasingly complicated and expensive ways to ask dates. Some are even paying companies upwards of $400 to help them with their “prom-prosals.” Even boys at Jewish high schools are getting into the spirit, as evidenced by the elaborate prom-posal by Jake Davidson of Milken Community High School in Bel Air, CA. in which he asked actress and model Kate Upton via Youtube. The video earned him a 2.5 million hits and a “no thank you” from Upton.

And a new study from Visa shows the cost of prom continues to rise. The nationwide average for prom spending is $1,139, a five percent increase from 2012. Perhaps most interestingly, parents in lower income brackets spend more on average than those who earn more.

So where is this surge in love for prom coming from? Unlike bar and bat mitzvahs, where the extravagance tends to come more from the parents desire to impress their friends with imported calla lilies or a ten-piece band, this seems very much rooted in the kids’ desire to make prom as big, and expensive, a deal as possible.

I suspect it is at least in part due to the US Magazine-ification of America. Our collective fascination/false intimacy with celebrities is likely inspiring young girls across America to Pinterest their way to a red carpet moment of their own.

Though there might be a sadder undercurrent to prom mania, too. When I was a teenager in the late 90s I had full confidence that life would improve after high school. I knew that the second I left my parents’ house in the suburbs, I would have the ability to create the life I wanted to live. For the most part, I was right.

But today’s teenagers have only roadblocks up ahead. Those opportunities I could count on are scarce now, and the competition is fierce. They have seen the coolest and brightest of the generation before them return to their parents’ houses and settle for jobs outside their passion or training. What, really, can they count on?

Maybe this generation of teens thinks that prom will be their last shot, for a while at least, to live it up Diddy or Gatsby style. Prom is their little escapist fantasy before entering the big, bad world as a late millennial.

Why Do Teens Today Love Prom?