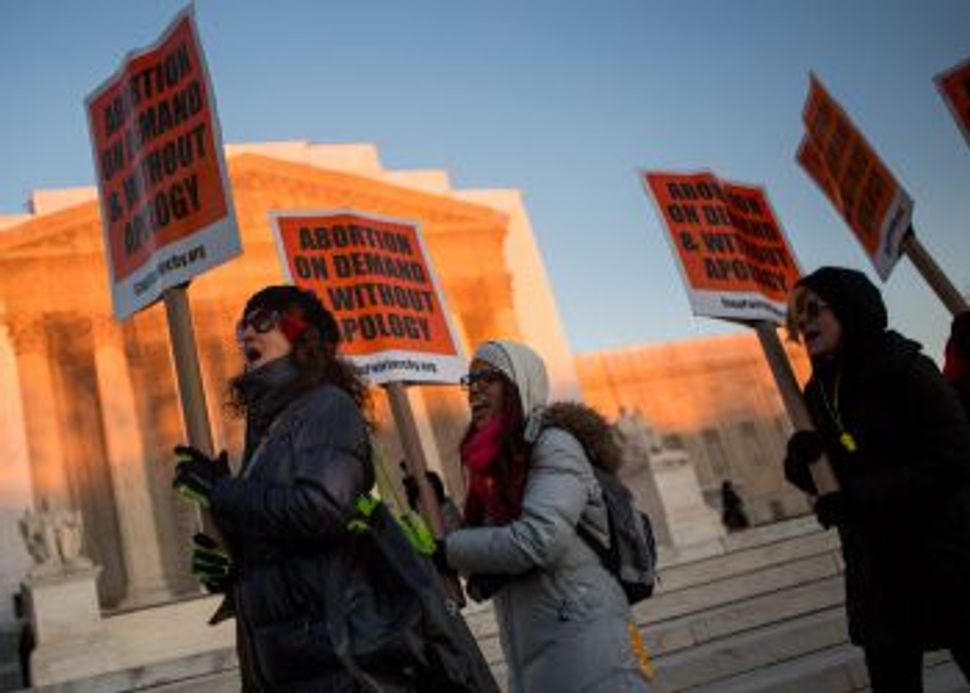 “It’s so common,” she said. “I just think people should know that.”

After this friend’s disclosure, another friend told me she had had the same experience. And then another. Miscarriages are common, which was something I knew theoretically, but not in a way where I could attach the experience to a face. It made me wonder how many of my other friends had had miscarriages and just never said anything — because of the pain, the shock and the fear of sharing it with people. Suddenly, it felt like an avalanche: women telling stories of miscarriage so that people would know that it really did happened, so they would feel less alone, and so silence didn’t perpetuate stigma.

Right now, I know more women talking openly about miscarriage than about abortion. This could be for a variety of reasons. First, I have a lot of friends under 30, and the statistic on abortion is that 1 in 3 women in the United States will have an abortion in her lifetime, meaning that my friends have many years left in which to get abortions. Another reason? Abortion stigma.

Abortion stigma is an insidious beast. It impacts what we do and say and feel and believe about abortion as a medical procedure, as well as about the people who have abortions. It dictates how we respond when we learn of someone’s abortion. Finally, the prevalence of abortion stigma prevents folks from talking about abortion.

There are many examples of abortion stigma: abortion is dangerous, dirty and performed by people who weren’t good enough to be “real” doctors. Those who have abortions are “bad.” Abortion will damage you forever. You will feel ashamed and guilty. If you talk about your abortion, no one will love you. How do you smear a female political candidate in South Carolina? Insinuate that she might have had an abortion, or just say the word “abortion” and her name in the same sentence.

There are some intense similarities between the stigma around abortion and the stigma around miscarriage. Most notably is the idea that in both cases, women have thwarted their natural role. In a recent gchat conversation I had with some other reproductive justice folks, I wrote, “As women, we’re told that we have one job and that is to carry a baby.” If we look at this through the simplistic lens of stigma, miscarriage means our bodies have failed us and abortion means we have willingly opted out of our dictated role. In both cases, we’re blamed by larger society and ourselves. And in both cases, women are seen as having failed to do what “real” and/or “good” women do. We do not deserve comfort, love, validation, and to be listened to?

The idea of transgressing the identity of the “real,” “good” woman isn’t confined to those who experience abortion and miscarriage. If we carry babies to term but don’t breast feed; if we breastfeed but “not for long enough”; if we put our children in day care; if we are single parents or if we are not parents at all, we fail.

I have had neither an abortion nor a miscarriage, and I’m not saying that everyone who has an abortion or a miscarriage has a responsibility to talk about it. That’s a personal decision. But everyone has had contact with stigma around both, which impacts how and if we disclose our experiences, how we receive those disclosures, and how we take care of each other.