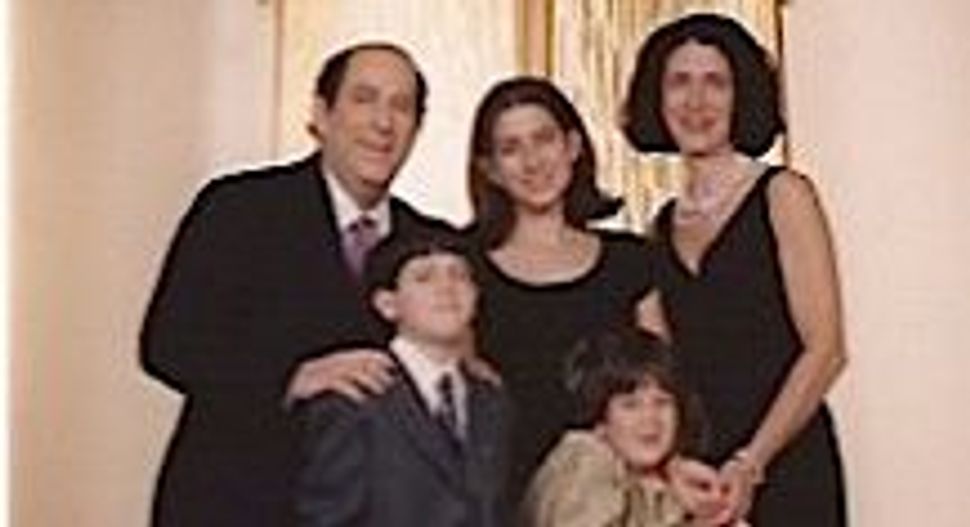 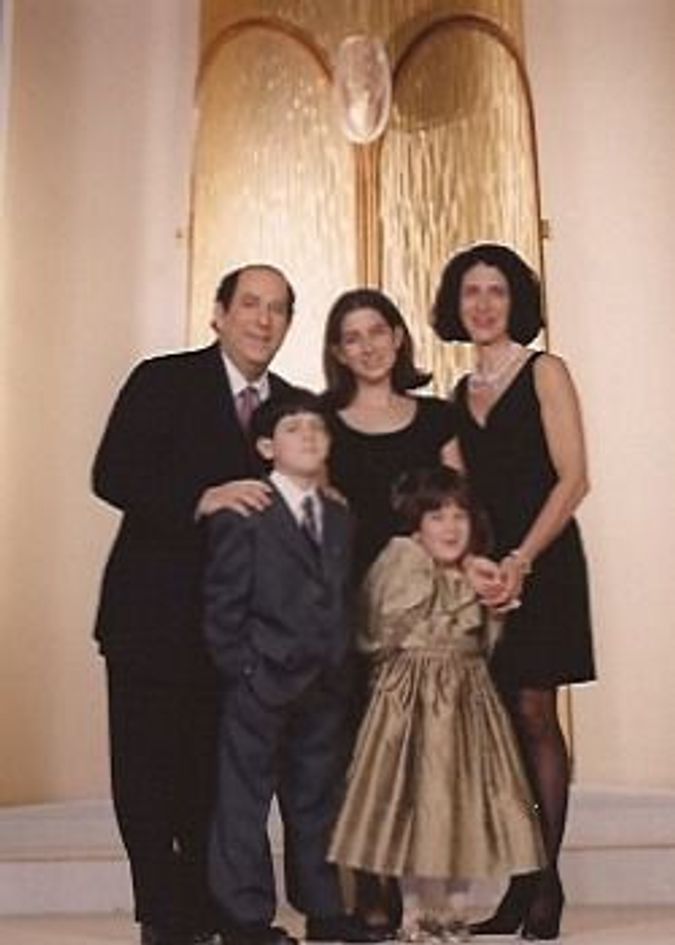 Resting on the butcher block in my Brooklyn kitchen are seven black and white napkins with the name “Caroline” written on them in a cloud of polka dots. I found the napkins — leftovers from my bat mitzvah — four years ago while combing through the attic as my parents prepared to sell my childhood home. My boyfriend and I used most of the napkins the following year. Two apartments later, we have seven left, all tangible remnants of the day I became a Jewish adult. Seven reminders my parents threw a kick-ass party organized by a top-notch party planner, who I didn’t realize was also a top-notch wedding planner until he kissed me on the cheek at my friend’s wedding.

I’m concerned that 17 years later, these napkins are the primary reminder of my becoming a bat mitzvah — the day I chanted 40 verses of Torah and led the service, an overachieving upgrade from the usual eight verses read, not chanted, at my Reform synagogue.

In the United States, especially amongst Reform and Conservative Jews, we all too often focus on the party and on ourselves, rather than the actual responsibility of becoming a Jewish adult. In the past few months, video invitations to Jorel and Daniel’s bar mitzvahs went viral on YouTube. While the videos are adorable testaments to the boys’ precocious playfulness, as well as their parents’ deep pockets, they epitomize the ongoing clash between American and Jewish values.

My mom says I used to tell anxious bar and bat mitzvahs that if they got nervous on the bimah, their call to the Torah was between them and God, not their loved ones in the seats. Somehow, I cultivated a theory that community was dismissible.

“Judaism is not a religion of individual rights, it’s a religion of communal responsibility,” my friend Megan Goldman, a rabbinical student, recently told me.

In my long-cultivated version of the ultimate bar and bat mitzvah service, there was no community. My great-great-grandparents came to the United States in the late 1800s. I’m part of the fourth generation — on both sides — to graduate college. After over a century’s legacy of being Jewish in America, are my values more American than Jewish? How much of all of our Jewish values have we abandoned in order to be American?

In his book “To Do the Right and the Good: A Jewish Approach to Modern Social Ethics,” Conservative Rabbi Elliot N. Dorff discusses the primary contrast between American and Jewish values. “The Jewish conception [of the individual], with its assertion of the mission to improve life and one’s ability to act with God in carrying it out, directly and strongly promotes social action,” he says. On the other hand, “The American secular tradition, with its own individualistic vision of people with rights, treats social action either as a pragmatic step to accomplish one’s own ends or as a duty that stems from one’s previous relationships or promises.”

“If you take the community out and just leave you and God, it’s not really Jewish,” Megan told me about bar and bat mitzvahs, beckoning my misguided idea about this simcha.

Jews in the United States are the product of both the American and the Jewish culture, each with a radically different understanding of community. Am I, as the Declaration of Independence proclaims, a creature born with inalienable rights within a community that exists only at the pleasure of those who give up some of their rights? Or am I, as Deuteronomy would have it, a person born into a host of obligations that are as ‘unalienable’ as the Declaration’s rights?

According to Dorff, we Jews are defined by our relationship to and within the Jewish community, an involuntary membership, not terminable by will, “a metaphysical fact over which those born Jewish have no control.” Our American identity, he explains, is revocable, and it is not — like our Jewish identity — indicative of how we relate to our American community at large.

Consider the vast spectrum on which we Americans foster value, from staunch right-wing conservatives who discriminate against non-white or queer people, to radical liberals who equally despise said right-wing bigots. That’s not community. That’s each of us defined by our individual beliefs. As Americans, we can love or loathe our community as much or as little as we want. We become adults when we can vote, drink or go to war. Sure, the ability to fight for our country is profoundly communal, but that it is a choice so many of us never even consider exercising says a lot about our American values as we come of age.

As Jews, we become adults when we become obligated, when we can count in a minyan and say Kaddish while mourning the dead. We become responsible because our actions fulfill obligations for other members of our community. Our actions are between God, the community and us.

My idea that bar and bat mitzvahs are between God and the young adult called to the Torah was utterly American, like the 13-year-old YouTube stars, who are albeit inspiring in their fearlessness sharing their animated selves with hundreds of thousands of strangers on the Internet. But when the napkins are used, tossed into garbage cans — whether it takes a few hours at the party, or many, many years — will we chant more verses than anyone else at our suburban Chicago synagogue to prove to God we are high-achieving Americans? Or will we welcome adulthood, embrace our obligations and prove to our community members that we are with them, that they matter — that we all matter together: a people of membership, a people of support, a people of egalitarianism?