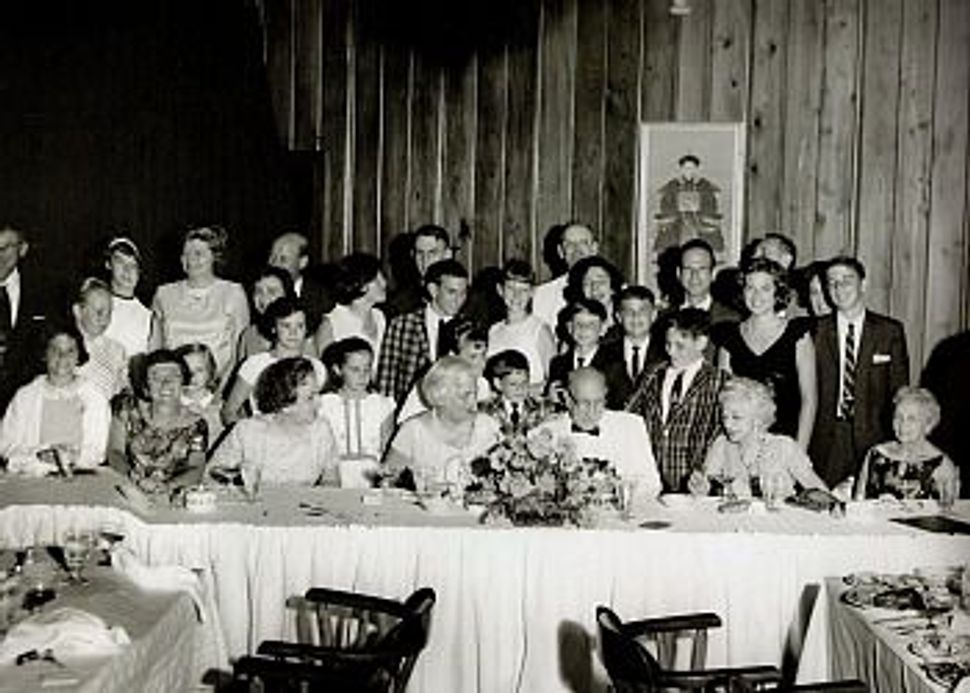 When my husband and I were dating and first began talking about having children, he said that he wanted three kids.

“Yeah. That’s what my parents had,” he reminded me, “and I like having two siblings.”

“I like having one,” I replied. “Maybe we have two biological children and adopt the third? Or just two kids, either bio or adopted?”

“Maybe,” he agreed, and the conversation moved to what we would name our very hypothetical offspring. I argued for Jack, he cast a vote for Tino and we were even further apart on our preferred names for girls.

Still, we eventually got married and began talking in more seriousness about having children.

It was after many brutally honest conversations that we decided to have only one child. There was a long list of reasons why this made sense, including finances, age and my impressive collection of chronic health problems. Indeed, it is a continued source of amazement to both of us that my pregnancy was completely uneventful and our daughter was born healthy. Neither my husband nor I want to see if we’d be so lucky a second time around.

I do not want another child, but sometimes I look at my daughter and feel a twinge of sadness that she won’t have a sibling. This feeling is heightened by the knowledge that she also won’t have any first cousins on my side of the family; my immediate family is very small, and my extended family is scattered around the country. In contrast, much of my husband’s large extended family lives in the same town. Unlike me, who only saw aunts, uncles, cousins and grandparents a few times a year (if that), my husband grew up with various family members constantly around, their presence expected and routine. This was the kind of family I used to wish for when I was a child, the kind I thought existed only in books and on TV.

This is also the kind of family I would like my daughter to have, especially since she is going to grow up as an only child without many relatives nearby. So even before she was born, my husband and I worked to create what Armistead Maupin termed a “logical family,” comprised of close friends who consider themselves our daughter’s aunts and uncles. Yet despite all this, it’s hard not to worry that at some point in the future my daughter will wish for more biological family, more people who can share stories about the same cherished great-grandparents or eccentric second cousins.

Recently I had coffee with my friend Ellen. She and I met in graduate school 11 years ago, and though we only see each other every few years, we’ve stayed good friends. On this particular afternoon I happened to be in Ellen’s city for work. It had been months since we’d talked, and the first hour passed in a flurry of catching up on the minutiae of our lives. Then the conversation began to drift, and I began a story about a trip I’d taken to Indianapolis for a distant relative’s memorial service.

“What was her name?” Ellen asked. “My dad grew up there, maybe we’re related.”

“No, I’m serious,” she said. “Think about it — how many Jews are there in Indianapolis?”

She had a point, so I told her the name of my relative, including her maiden name. Ellen’s eyes widened in surprise.

“I’m pretty sure that that was my dad’s stepfather’s last name.”

Later that day, my mother’s sister emailed me a picture from their great-uncle’s 85th birthday party, and I forwarded it to Ellen.

“My parents are in the third row,” she wrote back. “And my sisters are at the front.”

Since finding out that my close friend is also my third cousin-once-removed, I’ve worried a lot less about my daughter’s extended family, or lack thereof. And that’s because I now think differently about my own extended family. I still wish that more of them had been around when I was growing up, and that I knew many of them better.

But my newly-discovered connection to Ellen has been an important reminder that one day my daughter will find a third community, as I have: the one formed by the friends she will make throughout her life. The ones that, if she’s lucky, will make up her own “logical family” — and as my experience with Ellen shows, may even be more than that.