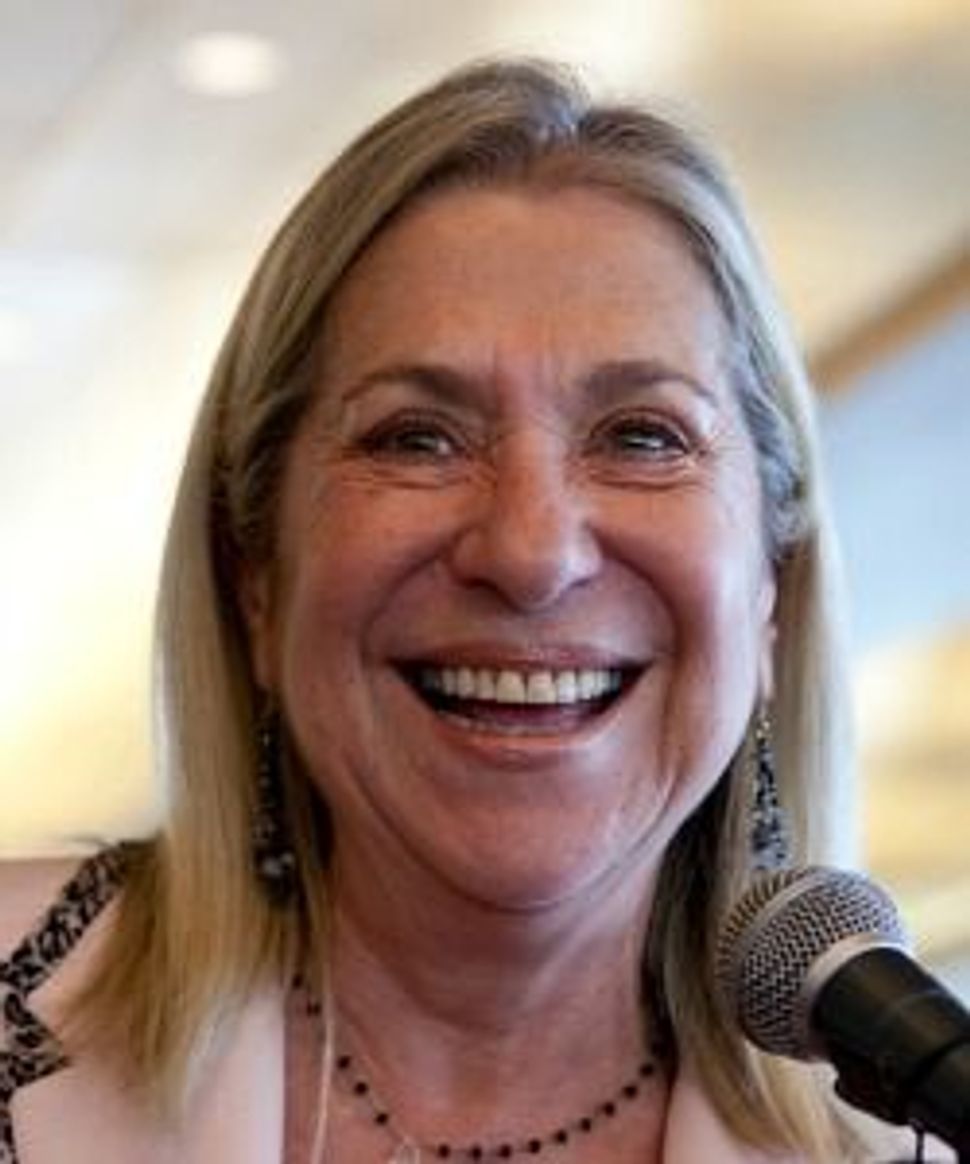 Letty Cottin Pogrebin, a legendary figure in the women’s rights movement, has embarked on a new crusade on behalf of sick individuals and the people who care about them.

Her new book, “How To Be a Friend to a Friend Who’s Sick” (PublicAffairs) pinpoints the awkwardness and inadequacy that many people feel when trying to comfort their sick and bereaved loved ones. “Illness is friendship’s proving ground,” she writes. Yet why do so many of us fail that basic test?

Pogrebin, 73, came up with the idea for a book about “illness etiquette” while she was being treated for breast cancer at Memorial Sloan-Kettering Cancer Center in Manhattan. In the waiting room, she conducted dozens of interviews with her fellow patients about the ways their friends and family both supported and failed them during their illnesses. These interviews, plus Pogrebin’s reflections on her friends’ responses to her own diagnosis, make up the backbone of the book, a “dos and don’ts” of comforting the sick that includes her mantras: “act and ask” and “ask and act.”

Pogrebin talked with the Forward’s Naomi Zeveloff about her policy of total transparency, her relationship with her mother and Judaism’s conflicting messages on caring for others.

NAOMI ZEVELOFF: Why are people inadvertently insensitive to their sick friends?

LETTY COTTIN POGREBIN: We don’t really get beyond a kind of basic illness etiquette in this culture. We say things like, “I’m sure you’ll be okay” or, “God only gives you as much as you can handle,” or all the clichés that you and I have probably said and have certainly heard that aren’t helpful. You say them because you are at a loss for words; you are afraid of being too positive because that is fake. But you are afraid of being too honest; how dare you ask questions about their test results or symptoms?

My bottom line in this book is to hope that there is a new illness etiquette that simply goes straight for the candor and says from the minute someone is diagnosed and they tell you about it, that you ask that you can establish a policy of absolute honesty. You say to your sick friend, “Tell me what you want and what you don’t want, because if I am going to have to guess I am going to get it wrong and it may become burdensome to you.”

For example, Jewish people are taught to visit the sick, bikur cholim. But what if bikur cholim is in conflict with Hillel, who says do not do unto others what you would not have done unto you? What if you don’t want to be visited because you are in a funk and the idea of seeing anyone is anathema or you are feeling hideous or you are oozing and strung up and in bandages and you don’t want to be seen? If you have established this honesty policy you won’t visit inappropriately. The person won’t feel they have to receive you because otherwise it looks unfriendly. You will be on a plane of absolute sincere communication from the start.

Did you worry that publicizing the way your friends reacted to your diagnosis would jeopardize your relationships?

Well I already had one reaction that was very amazing. This friend of mine wrote me an email that she was reading about the friend in the book who didn’t ask me anything about myself after I told her I had breast cancer. [In the email she said,] “I am so horrible. I am so awful. How can you stand me? How can you forgive me? I saw myself in your book. I didn’t do this, I didn’t do that. I am so terrible. We have to talk.” And I mean, it was like, bleeding. She was so upset. She is not that person. She is a different person, but she identified herself as that person, which proves to me that we are all so unsure of ourselves we are so quick to feel guilty about how we behave.

The subtext of this book is your relationship with your mother. She died from cancer at 53, but her illness was kept a secret from you up until the end.

I think I became a writer because of that. There were many secrets in my family. Two of my other books are about them. I don’t like secrets. I don’t like things to be hidden. I don’t like duplicity. I consider things like that to lead to betrayal.

Hence the notion about being honest about what you need and what you can give to others.

Right. Think of how many things I might have done or said if my mother had been given the opportunity [to say goodbye]. I mean, this whole business of protecting me from her illness cheated me of a proper farewell. And cheated her of a chance to say what she wanted to say.

It used to be that there was a lot of shame surrounding illness. Today, dozens of celebrities have come out about their health problems. Have we really come so far?

Men are so ashamed of being sick. They are really worried about losing their jobs and their masculinity and appearing weak or feminized by having health assistants. You are put in that hospital gown; there is nothing that makes you feel more like a baby. You feel powerless and stupid and [you wonder], “What are they going to do to me?”

You framed this book as a “consciousness-raising” effort. Have you been getting a lot of feedback?

I have, from people who read it and seemed to love it. It is a prescriptive book that is not didactic. The chapters say, this is what works, this is what made some people feel good, this is what made some people feel horrible. It sticks in your head; you won’t do these things, you won’t say these things. You will think twice. You won’t come in and put your feet up on the hospital bed or use the bathroom. You will remember that someone felt imposed upon. That is what I mean by consciousness raising. [That phrase is from] the women’s movement; we revealed the truth about our own lives. Once you hear it you can’t get it out of your own head.