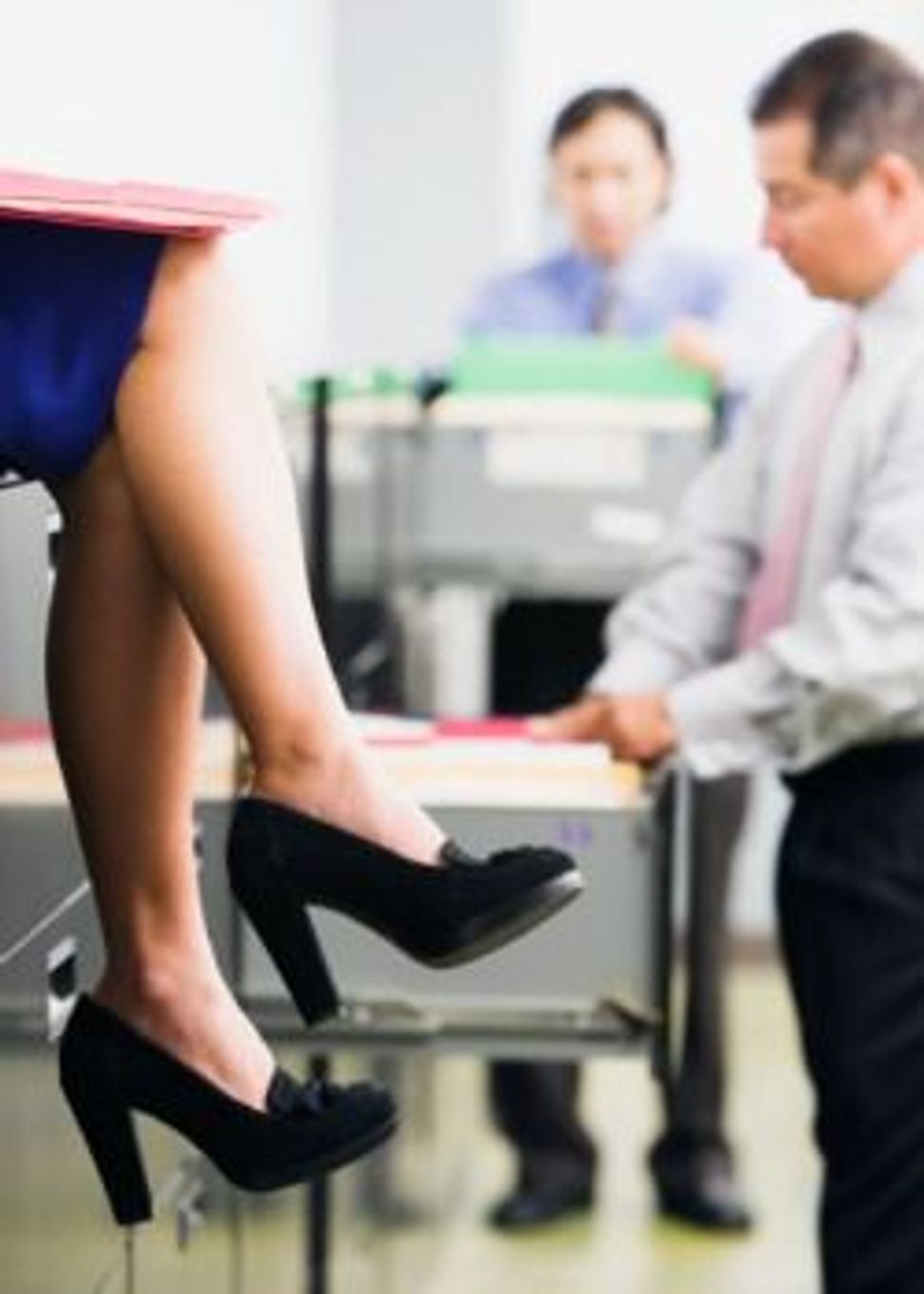 In a recent post on Slate’s DoubleX, Katherine Goldstein provides tips for female summer interns on what exactly is appropriate to wear to a workplace. The advice on how to avoid looking like a “skintern” includes avoiding see-through anything, concealing undergarments and leaving the four-inch heels at home. Goldstein ends the post by telling women that by following these rules and focusing on impressing everyone with their “hard work” and “keen intellect” they will be sure to break the glass ceiling.

Sure, this is set of codes and rules that only apply to young women, or more specifically, their bodies. It told them that some parts of their bodies are considered vulgar and that wearing a pair of high platform heels might give others the wrong idea about their, well, purity. It is putting the responsibility on them to cover up, instead of on men to stop gawking. As another DoubleX contributor put it a few months ago in response to a call for longer skirts at a middle school, “If you don’t want girls judged by their hemlines, stop judging them by their hemlines.”

I see the logic here and can remember, almost viscerally, the deep embarrassment I felt as a teenager when my breasts went from barely existent to ample in a matter of months. I wish someone had helped me understand that young women shouldn’t feel overly conscious of their bodies or think about them in exclusively sexual terms. None of the boys felt that way.

But with all this said, I think there is still a conversation to be had with young women on how to dress, especially in a time when fashion seems almost uniformly inspired by Julia Roberts in “Pretty Woman.” “I choose-my-choice” feminism sometimes leads women to empowerment, and other times leads them to choose “choices” from a patriarchal or, worse, misogynist culture.

Take the intern who wants to wear a miniskirt and four-inch platforms. She might be able to convince herself that these fashion choices are truly her own. That she is proud of her body and not ashamed of her sexuality. That if a male colleague can’t take her seriously while simultaneously bearing witness to her upper thighs, that’s his problem, and not hers.