A Week in Rape Culture 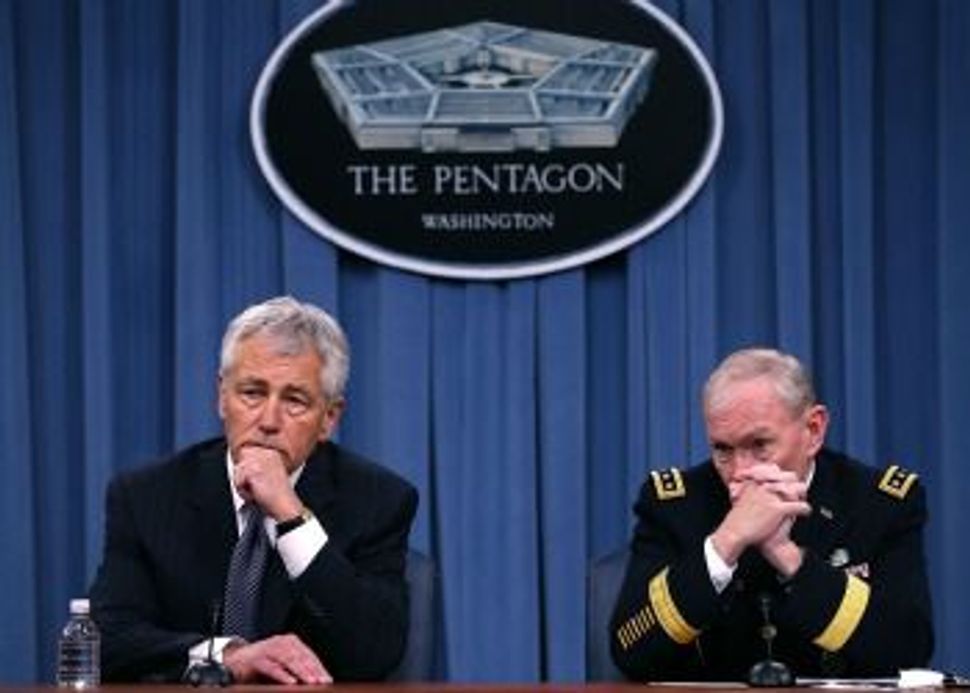 Secretary of Defense Chuck Hagel and Chairman of the Joint Chiefs of Staff Gen. Martin E. Dempsey listen to questions during a media briefing at the Pentagon on May 17. Secretary Hagel spoke about sexual assault in the military. Image by Mark Wilson/Getty Images 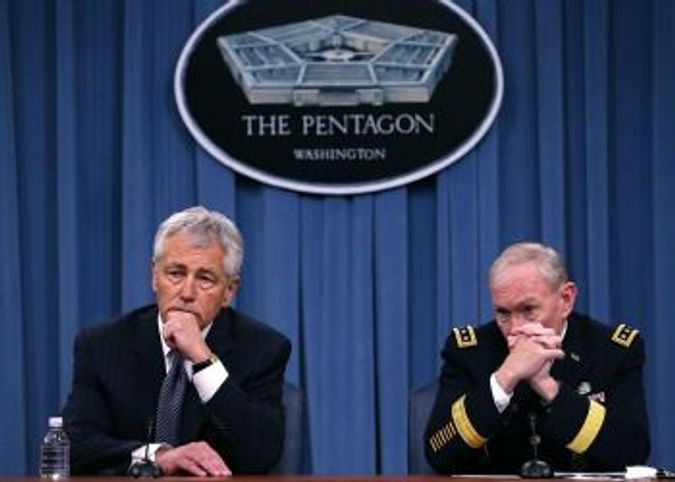 Secretary of Defense Chuck Hagel and Chairman of the Joint Chiefs of Staff Gen. Martin E. Dempsey listen to questions during a media briefing at the Pentagon on May 17. Secretary Hagel spoke about sexual assault in the military. Image by Mark Wilson/Getty Images

Teens arrested posting a gang-rape video to the web. A prominent sports figure tweeting the name and contact information of his rape accuser. Military officials videotaping female cadets in the shower without their consent. All of these stories broke within days of each other during this last dismal week, inundating us with depressing headlines.

In the last few weeks, I’ve written about military sexual assault and high-profile gendered kidnapping and rape cases, discussing how they fit into a broader pattern of rape culture in which women are treated as commodities and sex a transaction.

But last week’s shocking stories show how rape culture has seeped into tech and online culture, adding a gross violation of privacy to the inherent violation of sexual assault.

● Baseball player Jose Canseco Tweeted the personal information of his supposed rape accuser. Outing the names of victims or rape accusers, particularly when the accused is famous, creates a deterrent for victims stepping forward in the future. It also opens the gateway to harassment and threats to the accuser.

● At West Point, an army sergeant who was supposed to advise cadets was caught videotaping them in the shower instead, adding to our military’s dossier of assault-related scandal.

● A group of teens are being prosecuted in Chicago for uploading video of themselves raping a twelve-year-old girl to Facebook.

Such news, piled on in short succession, can be too grim for words — with crimes of the most heinous kind now routinely trumpeted on the internet as trophies of power and aggression. Our rapid-response online culture amplifies the humiliation victims experience. It exists on the extreme end of a continuum where rape is seen as funny and acceptable, and casual references to rape a shortcut to proving dominance.

Even on Facebook, rape-glorifying is common, anti-rape activists note.:

Pages currently appearing on Facebook include Fly Kicking Sluts in the Uterus, Kicking your Girlfriend in the Fanny because she won’t make you a Sandwich, Violently Raping Your Friend Just for Laughs, Raping your Girlfriend and many, many more. Images appearing on Facebook include photographs of women beaten, bruised, tied up, drugged, and bleeding, with captions such as “This bitch didn’t know when to shut up” and “Next time don’t get pregnant.”

This group is trying to strike a blow against online rape culture. Several activists have banded together with an open letter and a media campaign asking Facebook to treat rape threats and pro-rape pages as “hate speech” the way it does with racist pages.

Facebook prohibits hate speech and your moderators deal with content that is violently racist, homophobic, Islamophobic, and anti-Semitic every day. Your refusal to similarly address gender-based hate speech marginalizes girls and women, sidelines our experiences and concerns, and contributes to violence against us.

It’s exciting to see such strong pushback (full disclosure: I am a member of the media wing of WAM!, one of the activist groups, but have not been involved with this campaign).

Facebook is far from the only entity exacerbating this massive problem, but it would be nice if it became part of the solution. Sending the message that glorifying rape is hate speech would help change a climate that felt, this week, like it was totally out of control.

A Week in Rape Culture