Stop It With the Millennial Stereotypes Already 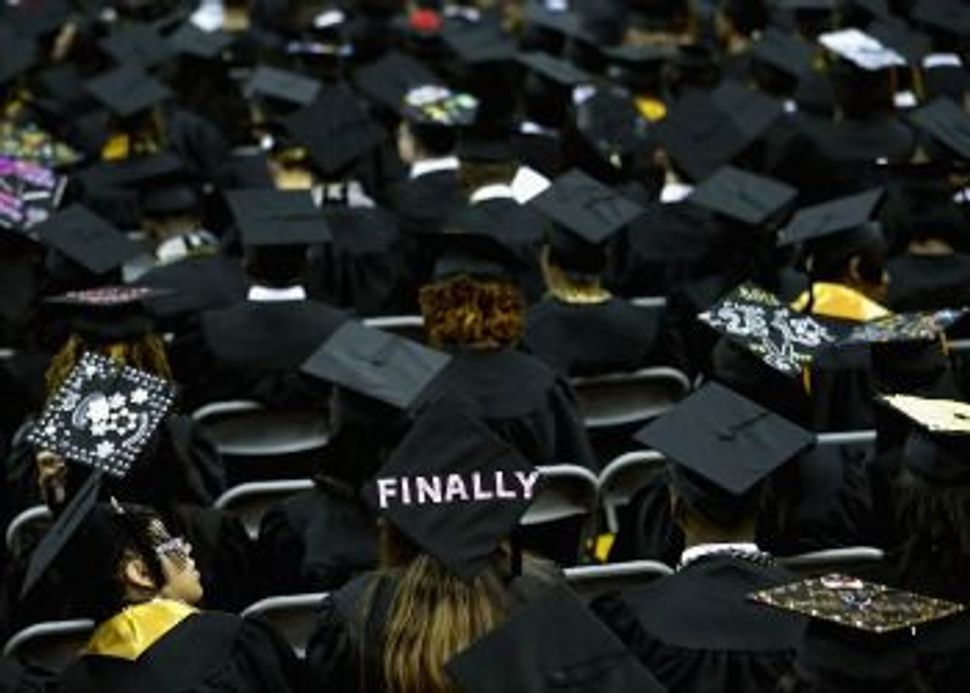 Everyone is talking about me. They’re analyzing my behavior and criticizing my attitude (namely my narcissism). They’re pitying my inability to connect with people in a “real” way. They’re worried about my job prospects and financial future, but they champion my optimism and are in awe of my resiliency. Oh, and by the way, I mean the royal “me” of my generation, the Millennials.

Since the media seems to think everyone born between the early 1980s and early 2000s share the same exact traits and lifestyles, it seems fitting to take all of their chastisement and praise very, very personally.

I don’t know what exactly has gotten me so defensive about being a Millennial. If I could give all the credit to Joel Stein’s already well-lambasted cover story in Time, I would. However, there’s been a recent obsession with both tearing down and raising up the Millennial generation.

Stein wrote about how obsessed we are with ourselves and sharing every drippy, mundane detail about our lives, but that we’re also incredibly optimistic and ambitious about our futures. To give credit where credit is due, he didn’t pull that out of thin air, and articles, parents and co-workers tend to talk about us in the same terms.

Another popular Millennial stereotype often discussed in this season of commencement speeches is how tech-savvy Millennials are, but how much trouble we have forming “real” connections. Or, as Professor Jennie-Rebecca Falcetta wrote, we have great SAT scores, but are too focused on A’s to have any intellectual curiosity — or to like John Hughes’ “The Breakfast Club.”

So, let me drop some knowledge and clarify a few assumptions. First and foremost, I LOVE “The Breakfast Club.” Millennials pretty much all adore John Hughes. I’ll pay you to find one that can’t quote at least five lines from “Ferris Bueller’s Day Off.”

Also, we don’t all love taking “selfies” and tweeting about what we’re eating for breakfast. When it comes to online social interactions, I am about as hesitant and neurotic as Woody Allen circa any 1970s romantic comedy of your choice.

And even though my generation by and large tweets a lot more than others, so what? Stein himself brags about how many Facebook friends he has. That’s just as narcissistic (and it’s both obnoxious and creepy coming from anyone over the age of 12).

Pretty much all commentary about Millennials’ desire to share personal information misses an important pattern: Each generation indulges in a little more self-exposure than the previous one. I’d bet plenty of Boomers were scandalized or at least perplexed by the Gen-Xers airing their sex lives and political views on “The Real World” when it premiered in 1992.

But I digress, because generations have been stereotyped into neat boxes of uniformly annoying characteristics for, well, generations. I know that endless ink was spilled in the 1960s and 1970s about how Baby Boomers were spoiled, overprivileged runts who were too weak and deluded to defend their country or respect national traditions. In fact, Baby Boomers faced much harsher attacks, so neither I, nor I doubt any Millennial, feels that offended by the critiques lobbed against us.

I’m not protesting the fact that reporters and pundits who aren’t Millennials tend to homogenize us. Rather, I wonder what they think this exercise in futility will achieve? Do they feel better trying to analyze, but in actuality just weakly stereotype us? Why do they want to write about how we’re the worst? Or the best? Is it something I’ll have to wait and understand when I’m their age?

Especially as a journalist, I am left asking why anyone bothers wasting time with these pieces. As Elspeth Reeve at The Atlantic Wire noted, there’s a pretty well-established pattern of older generations complaining that the current teenage-to-twenty-somethings are the most rotten group of brats that ever roamed the United States. Then these rotten brats grow up and do pretty okay and mature and don’t turn out as horrible (or as great) as people thought they would. I feel like there should be a “Saturday Night Live” “Weekend Update” skit of “Really with Seth and Amy” about this sensationalist generational journalism.

This cyclical obsession with generational jabs is also fascinating to me as a Jew. According to the laws of Judaism, you cross the threshold to adulthood at the age of 13 (12 if you’re a girl in Orthodox circles) — and that’s it; you’re an accepted grown-up. You don’t constantly obsess and compare yourself to the people who come after you; you don’t bash them over the head with how much better or smarter or more hard-working your generation was. In fact, it’s not about generations. My conception of adulthood in Judaism has centered on holding yourself, the individual, responsible to a community that transcends generations.

Which is why after reading a piece about Millennials, I can take neither the criticism nor praise of my generation seriously. I hope the Millennial reporters and pundits will know enough not to repeat the cycle when the next generation is rising up. And I’m narcissistic enough to actually believe we’ll be better than that.

Stop It With the Millennial Stereotypes Already