What Are Female Friends For? 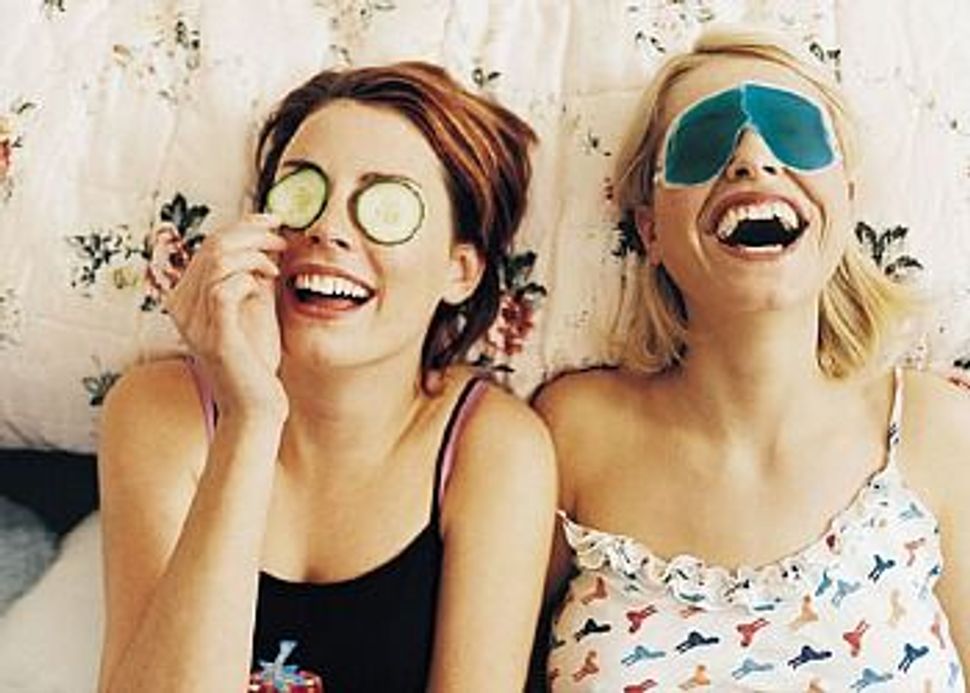 I heartily agreed with Elissa Strauss’s skeptical take on Ann Friedman’s widely-circulating friendship advice. Boiled down, Friedman argues that we should figure out what attracts us in the women who provoke our envy, and befriend them. I concur, of course, with the article’s basic premise that we should cultivate these folks instead of covet their lives — but I also cheered at Elissa’s assertion that what we should be looking for in friendships is actual friendship. I would hope that genuine warmth and interest would be a better impetus for companionship than insecurity. But I learned from the excited reaction to Friedman’s article that I should never underestimate the ever-whirring engine of the latter, the way it fuels so much of success and connection-building.

The thing is, I have formed female friendships based on mutual insecurity in every stage in my young life, and they all failed when that stage was left behind. Since we were using each other to make up for what we each lacked, it follows that such utility inevitably came to an end. Bye-bye, coffees and convos. Hello awkward run-ins.

So here’s my own advice on female (and male) friendship that augments rather than contradicts Friedman’s. Yes, we should all befriend traditional mentees and mentors and peers, people who will support our careers. I am incredibly grateful to have met other women writers, including some at the Sisterhood, who have formed a cohort I can trust. But for heaven’s sake, we should look for relationships with at least a few friends in totally different fields than ours, who have no direct competition with us. You know, people we have to relate with based on — gulp — traits like our personalities. People we can bond with over movies, shopping, hobbies, books, social justice, complaining or praising our other friends and families, and bitching about our bosses. Whether we do this bonding over stereotypical sugary drinks or on the basketball court matters very little.

Some of my most treasured friendships, both old and new, are with people who look at feminist journalism like it’s a foreign creature and have no interest in talking about what the patriarchy means today. Thank goodness. When I sit and start blabbing to them about something I saw on Twitter and blogs and their eyebrows raise to indicate they have no idea what I’m talking about, I actually get overjoyed. They’ve reminded me that they are spending time with me not because I have use to them or they hope my achievements rub off on them, but because they actually just like to be in my presence, even when I bore them with tales of the patriarchy. Now that’s a confidence-builder. It also means if I face setbacks in my professional life, they will not be invested in anything but my happiness. That is the kind of relationship — one impervious to life’s vicissitudes — that makes me feel most secure in the world.

If we’re lucky, we can parlay the conditional friendships that arise out of our careers into this second, deeper kind of friendship. And that deepening work means taking the plunge into revealing ourselves to each other, raging insecurities and all.

What Are Female Friends For?