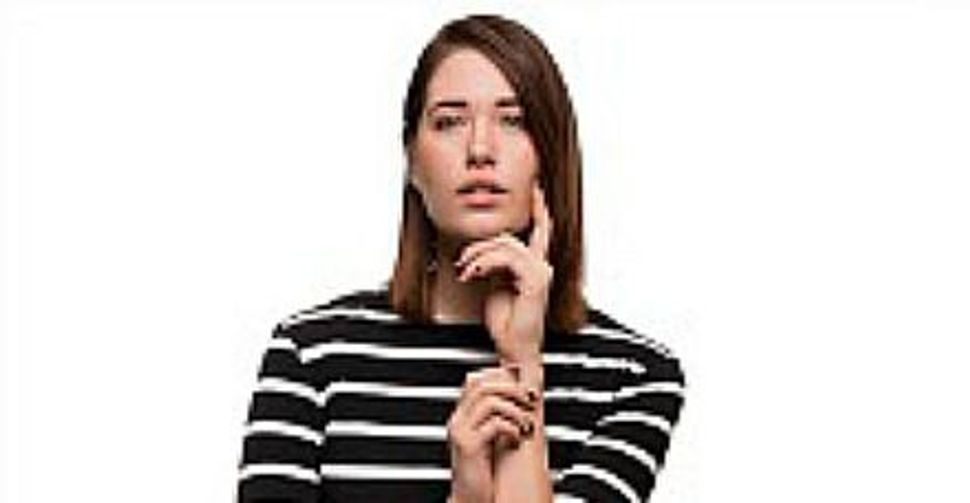 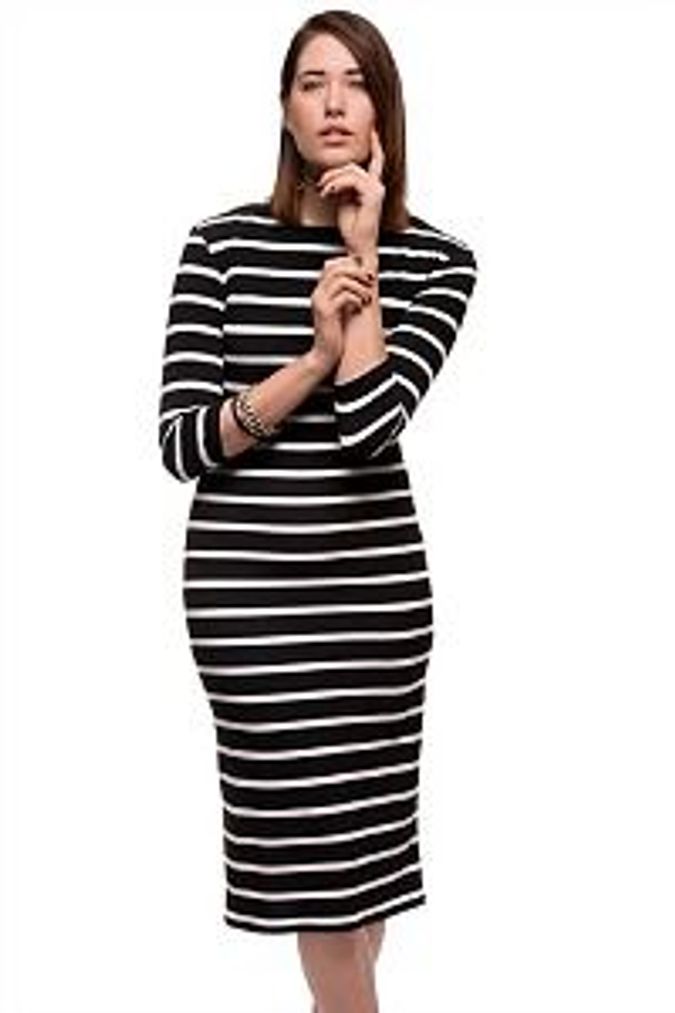 Esther Goldberger’s fashion philosophy sounds almost sexy: “We should enjoy our clothes to the point we forget we’re wearing them.”

But designs for Dellasuza, her three-month-old Montreal clothing label, take a less sultry approach. An Orthodox convert from Brazil, Goldberger creates clothing that fits specifications for tzniut, or modesty — with what she calls a “trendy” twist.

“We value your femininity while maintaining your mystery,” Dellasuza’s Web site promises.

Tzniut standards can vary, but the most widely accepted rules mean covered arms, legs and torsos. “All women and girls, married or unmarried, must cover all parts of their main body (torso) plus parts of their arms and legs when in public or in the presence of individuals outside their immediate family,” writes Rabbi Pesach Eliyahu Falk in “Modesty: An Adornment for Life,” considered an authoritative treatise on the subject.

Goldberger’s entering a crowded category. Sites like Tznius.com, KosherCasual, ModestWorld, and Leelach hawk modest clothing that ranges from nouveau-Amish to neo-Jersey Shore. Dellasuza’s web site touts a range of simple, patterned shells and dresses from about $50. An unscientific survey of women at Forward HQ, however, deemed the designs “awful,” but Goldberger’s seeing orders from around the world.

With summer approaching, the Forward checked in with Goldberger about modesty, comfort, and style.

THE SISTERHOOD: You’re a convert to Judaism who emigrated from Brazil to Montreal. Was there an “aha” moment that led to the founding of Dellasuza — something you saw or heard, for example, that sparked the idea?

ESTHER GOLDBERG: I love spending summers in Miami because it reminds me of Brazil. Walking during summer in places like Israel, Brazil and Miami is way better if we’re comfortably dressed. That’s how my idea was born.

How do your clothes address that? Most “modesty” clothing looks heavy.

Wrinkle-free, easy to fold, comfort and practicality. Fast to wear and get out of the house without delays. No waistbands, zippers, buttons, layers or shells underneath. A relief for the female traveler, especially for the female car-traveler.

Your Web site says “We value your femininity while maintaining your mystery.” Is that something typical “modest” clothing doesn’t do?

Most typical “modest” clothes are more concerned with the measurements than with the personality of the woman who will wear [them]. The austerity of the black skirt is a safe bet, but does not reflect our dreams and wishes.

Although I am an Orthodox Jew, I also believe that modesty is more related to the behavior than to the clothing. Saying a woman is modest because she covers her knee is a concept that needs to be re-evaluated. That’s why I don’t use this word in my Web site.

Carolina Herrera, Anna Wintour, Kate Middleton and so many others are all women who behave with modesty and beyond that, in their environment, dress modestly too.

You also emphasize that the clothes are “trendy.” Are there designer looks you emulate?

I am a good observer who pays attention to everything. I research a lot about current and future events and love doing my own trend forecasting. Also, I’m a Fashion Week stalker. After watching so many Fashion Weeks throughout the years, we start to understand a certain pattern of fashion behavior.

How do your clothes differ from what’s available on sites like Tznius?

Have you seen business from non-Jewish women who just like the idea of “modest” clothing?

Yes. Many non-Jewish women are religious or have professions that require discreet clothing. Besides, many women also prefer vintage clothing, dressing in ‘50s and ‘60s style. Since 2009 we’ve also seen “modest” wear in all fashion shows, coming from all types of influential designers and fashion houses.

Is your customer a Montrealer, New Yorker, Israeli or all of the above? Are “modest” styles different from market to market?

My customer is a woman on the go who wants to walk around with freedom — not pulling skirts down or tops up, upset with harassment — meaning my customer is everywhere.

Does a rabbinical authority or body have to approve you designs before they go to market?

Do you think “modest” clothing might eventually cross over to a mainstream Canadian retailer like The Bay or Holt’s?

The Bay needs to meet me yet but Holt Renfrew is already full of modesty wear. From 2009 to now, big fashion houses have adventured in the ‘50s and ‘60s wear, which have longer lengths. Have you seen Louis Vuitton Summer 2013 collection? Is that Chassidish wear or what?