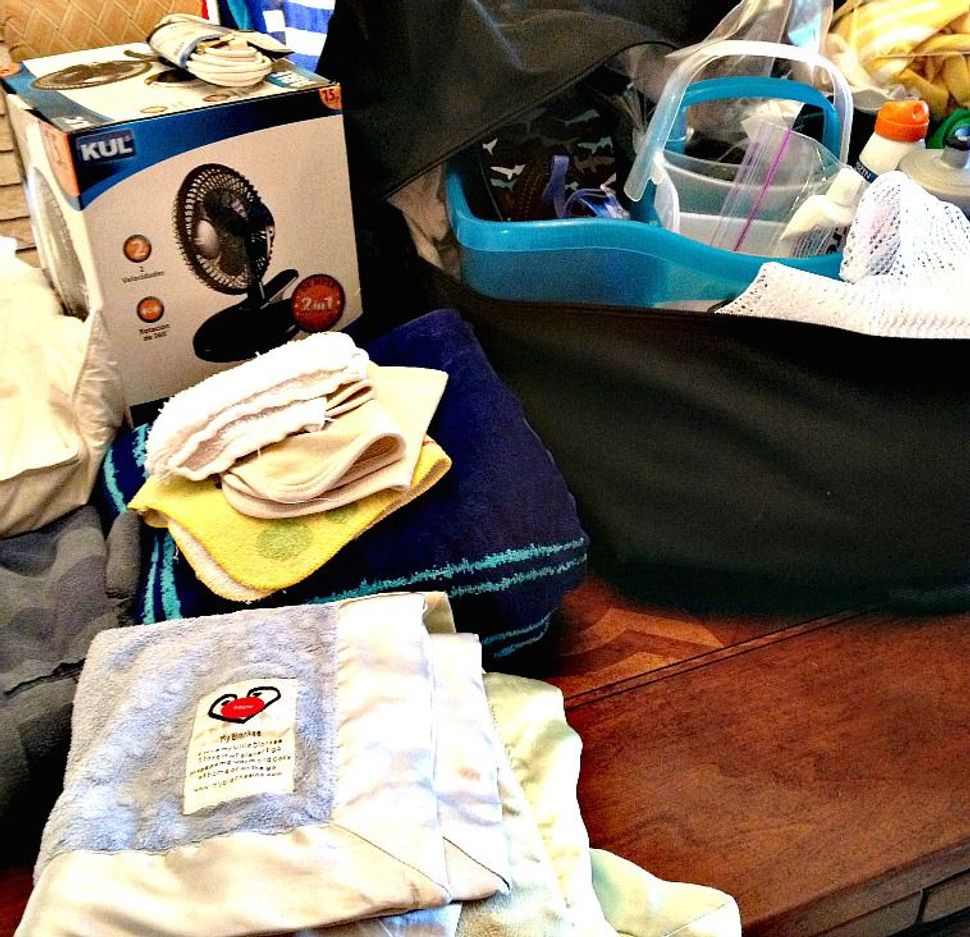 Packing for camp in the Badzin home. Image by Nina Badzin

There’s a popular hashtag on Twitter called #FirstWorldProblems. People vent about issues lacking true urgency then toss the words #FirstWorldProblems at the end to acknowledge that their problems are the “problems” of the fortunate. 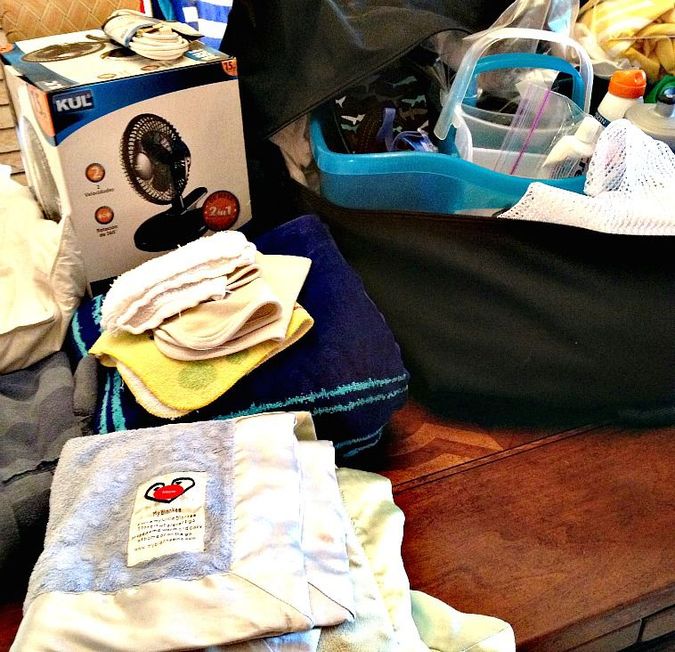 Packing for camp in the Badzin home. Image by Nina Badzin

The most blatant #FirstWorldProblem of the summer arrives in the form of parents worrying about the details of overnight camp. What to pack? How to avoid lice? Will the kids end up in cabins with their friends? How many care packages to send? (As if the camp experience is not gift enough?)

I’ve been as guilty as anyone, not on Twitter, but in my real life. Preparing my almost-nine-year-old son (our oldest child of four) for camp has brought out the two mothers that live inside of me. On any given day I have been both the helicopter type and the Dr. Wendy Mogel “Blessing of a Skinned Knee” type who preaches creating resiliency in our children. You never know which mom will dominate. More than any other decisions I have made for and with my children, the entire camp process has come to symbolize the tug I feel, often, between micro-managing my kids and letting them learn and grow without my constant intervention.

After I had determined Sam was ready for an overnight camp experience, (a somewhat Mogel moment considering Sam is not yet nine) I worried that choosing the camp in Webster, Wisconsin beloved by Minnesota Jews since the 1940s was making camp too easy for him. Wouldn’t his knee be more effectively skinned and his level of resiliency more thoroughly blessed if he were forced to meet all new kids? (We chose that camp anyway.)

On the flip side, from the way I carried on about the packing process, you would think Sam was departing for a tour of duty in Afghanistan instead of seven nights (yes, only seven) with some kids he has known his entire life. How can the child that I thought on one hand needed a more a challenging camp experience be the same child for whom I went to three stores to find the “perfect” shower bucket?

I’d like to say that I quickly gained some #FirstWorldProblem perspective and treated the rest of the camp decisions with a light touch and even a sense of humor. I usually got to that point eventually, but not before some hovering instincts tried to push the reasonable version of me aside.

When the camp forms were due, for example, I wasn’t sure whether or not to edit Sam’s “tell us about yourself” section in which he made himself sound like a chicken-finger-eating, Sponge-Bob-watching recluse. He does like chicken fingers and Sponge Bob, but he also likes to play every sport imaginable, go boating, play games, and more—none of which he thought necessary to share with the powers that be who put cabins together. (I did edit the form to include his other interests and moved Sponge Bob from “favorite hobby” to “favorite TV show.”)

When it came time to pack, I heard that other parents of the youngest campers were putting daily camp outfits in Ziplock bags complete with socks and underwear. My knee-jerk response was to do what I thought “everyone else was doing.” I admit it, I purchased the special, larger plastic bags. But my Mogel-mind prevailed. I knew Sam could dress himself and differentiate his art shirt from his Shabbat shirt. I placed the unopened box of bags in my return pile, and I forcefully pushed away the fleeting and ridiculous worry that Sam would not think I loved him as much as the moms who had taken the time to pick out the matching shorts and tops.

In less successful news, in the few days since Sam left I’m pretty sure I have become the living embodiment of Xtranormal’s “Sleep Away Camp” cartoon mother who keeps refreshing her child’s camp website looking for new pictures. Unfortunately, I know too many other parents can relate.

First. World. Problems. I know that. I do.