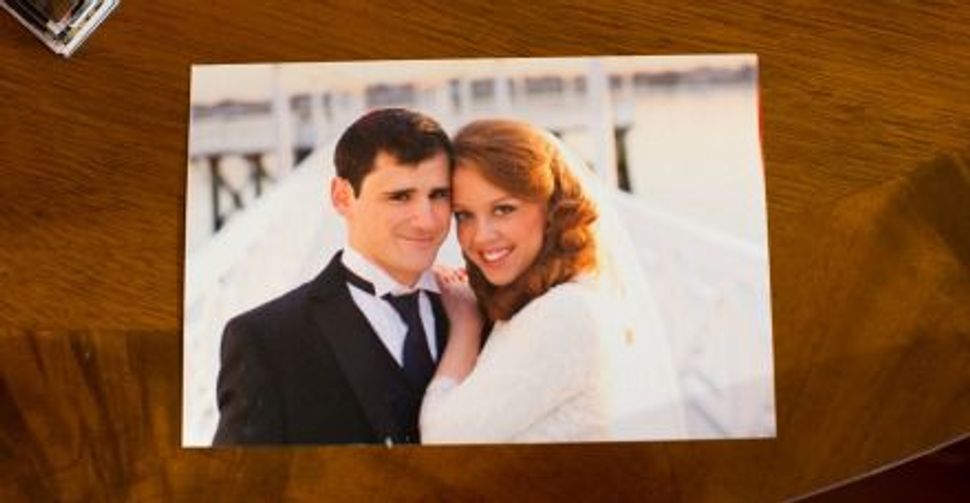 I believe that the Bible comes from God, and I believe in the commandments within. However, I also believe that homosexuality is not a choice, not a lifestyle, but simply a natural way of loving for many people. Gay men and women deserve the same happiness and love as heterosexuals. 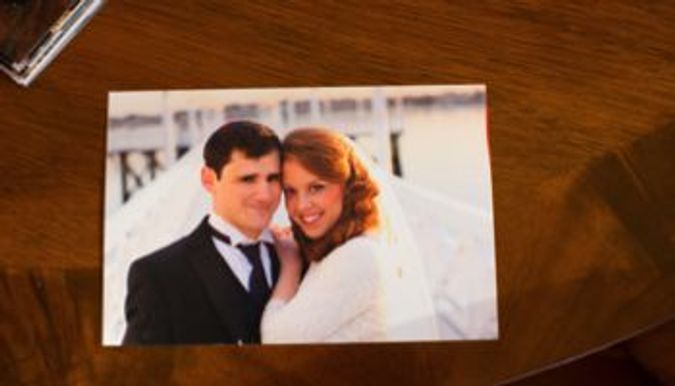 Simi and Jeremy on their wedding day. Image by Claudio Papapietro

So how do I integrate my two beliefs? The question haunts me, and so far in my life I have not come upon a satisfactory answer. Instead, I choose to employ heavy cognitive dissonance and believe in both, separately. I feel for my Orthodox gay friends who continue to strive to live an Orthodox life, because they are the ones who must live with this huge tension, every day.

This morning, I rode the train to work with Twitter open for most of the hour-long ride. The Supreme Court ruling would be announced at 10 a.m., and I was counting down the minutes along with millions of Americans. Of course, my train was late so 10:00 came as we were trundling through the tunnel to Penn Station, where I always lose service for about 5 minutes (thank you for that, AT&T). I was tapping my food impatiently until we finally made it to Penn. Refreshing my Twitter feed I read, “DOMA ruled unconstitutional.” I wanted to jump up and down, grab the nearest stranger and hug him and dance a mini jig. Instead, I smiled and posted the news straight to Facebook, the closest thing to celebrating with others without being arrested for harassing strangers.

You see, as much as I believe in the Torah, as much as I believe in Jewish laws, I don’t think those laws apply to the United States government. My religious beliefs are my own, and they shouldn’t influence the government. (Or, as a sign I saw read, “Claiming that someone else’s marriage is against your religion is like being angry at someone for eating a donut because you’re on a diet.”) The government’s promise to uphold equality for all is the reason my own “lifestyle” is accepted in the first place — because my religion, like others’ sexualities, should not cause me to be treated differently. As Jewish people, we should be especially sensitive to the American belief that all people are created equal.

One of the greatest tweets I saw this morning was, “Well, as a heterosexual married person, I feel my union has been cheapened. #not.” We’ve all heard that idea that allowing same-sex marriage will ruin the sanctity of marriage, destroy the tradition of a religious union, etc. In my opinion, being married (heterosexually) has only increased my desire to see same-sex marriage recognized in this country. Now that I’m married, I can understand what marriage is, how it changed my life for the better. I can’t imagine being told that I can’t marry the person I love. Marriage is the greatest thing that has happened for me, and I see no reason why everyone else doesn’t deserve the same happiness — in fact, I strongly believe everyone else does deserve that happiness, should they choose it.

As an Orthodox Jewish heterosexual married woman, I celebrate this new ruling. My only question is why it took so long.