Why I Love My Modest Bathing Suit 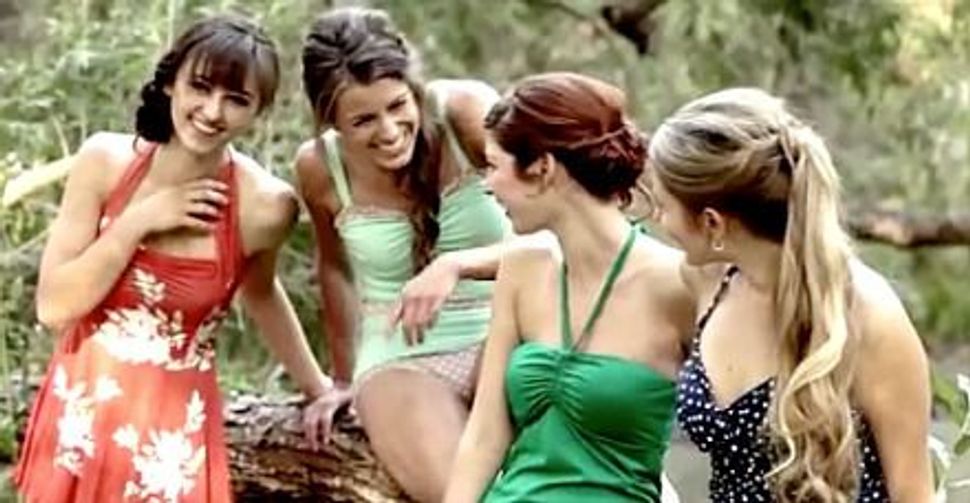 And now for a piece on dressing modestly that, at least at first, seems to have nothing to do with disrespect for women and the continuing war on women’s personal and civil rights and freedoms…

I just bought my first swim dress. In other words, this summer I’ll be wearing a lovely dark purple bathing suit with an attached skirt that helps hide my tummy and covers the upper part of my legs. Oh, and it has underwire bra cups, too. I figured it was time to take the plunge, because as a 40-something with a widening midsection, I no longer feel comfortable out in public in a regular bathing suit (we’re talking a one-piece—I’ve never dared wear a bikini).

I can’t deny that this whole swim dress thing has something (…a lot) to do with my body image issues. Sometimes I ask myself what my deal is. After all, I often see women much older and much bigger than me lolling on the Tel Aviv beach (where I and my swim dress will be spending some time this summer) in itsy bitsy bikinis. If these women don’t give a you-know-what about letting it all hang out, then why should I? Good for them, right?

Well, no, not good for them. There’s something to be said for a sense of propriety and modesty. Women should not have to wear burqas to the beach (God forbid!), but covering up a bit is an admirable thing, and not only for the sun protection it provides.

It turns out not only middle-aged moms like me think so. I was pleased to come across a swimwear line by Jessica Rey, an actress with an MBA, which features only pieces that fully cover the torso. Some are even swim dresses resembling my new purple one. Inspired by Audrey Hepburn’s style, they all have a classic, vintage Hollywood glam look.

The best thing of all is that these suits are modeled by and appear to be marketed to young slim women. See—you don’t have to be old and a bit overweight like me to be averse to exposing your midriff! As Rey’s motto tells us, “Who says it has to be itsy bitsy?” What’s not to like about this modesty for the masses (and not just for devout Jewish, Muslim and Christian women)? 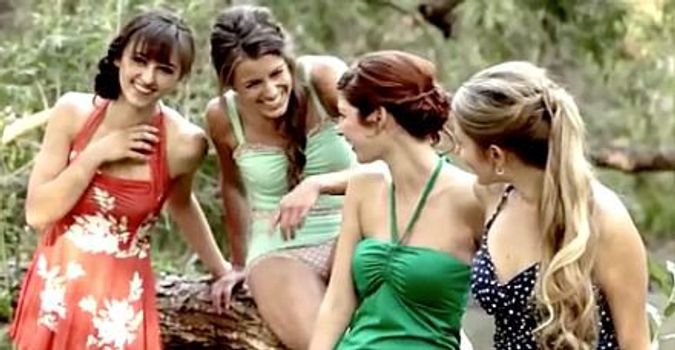 It turns out that what’s not to like is what Rey says in a much-viewed video of a presentation she recently gave about the history of women’s bathing suit design. After explaining how women went from wearing a house (almost literally—you’ll understand after watching the video) to a tiny bikini so small it can be pulled through a wedding ring, Rey goes on to cite brain studies claiming that men objectify women who are scantily clad. This, of course, isn’t really news. But Rey recommends that women regain a sense of self and power by covering up a bit more (say, with one of her designs) at the pool and beach.

Just when I thought I could consider modest attire without having to be automatically reminded of tsnius patrols, I was sucked back into the usual arguments about how men can’t control themselves. For the latest on this, just check out this very recent and inflammatory post by Elad Nehorai on Pop Chassid.

As much as I am an advocate of more conservative dress—on the beach and off—I am also in favor of letting each woman decide for herself how much of her body she wants to show…or not.

I’m going to enjoy my new modest swim garment—built-in bra and all—but I’m not planning on letting men off the hook for how they view and treat women, however they are dressed.

Why I Love My Modest Bathing Suit