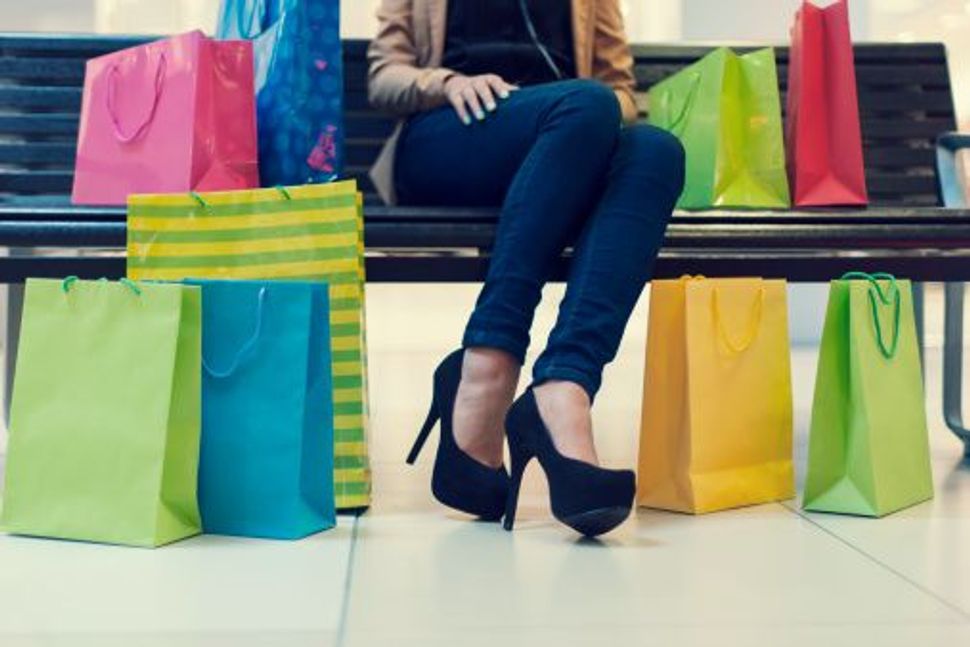 Ever since I’ve discovered the site Betches Love This (thank you, New York Times and your lack of sufficient “trend pieces” for theThursday sections), I’ve been trying to figure out what exactly irks me about the website so much. Or, in “betch” terms, why is it that whenever I see its homepage, I totes want to get off of my diet-skinny Lululemon-covered ass, stop texting my sorority sisters about her hookup with a ZBT bro, and chuck my “sugar-free, hazlenut soy iced coffee” at my computer screen.

For those who haven’t stepped foot into a sorority house in the past two years, Betches Love This is a site dedicated to promoting a community of, well, “betches”: young women who are proudly addicted to designer handbags and calorie-free beverages and essentially all aspire to fit into the Plastics from “Mean Girls.” Started by three girls who attended not only Roslyn High School, but also Cornell University together and (shocker) were sisters in Alpha Epsilon Phi, Betches Love This has become a mecca for Greek-loving girls looking to laugh at their gossiping, dieting, and spending daddy’s money.

“At its heart, it’s satire,” Jordana Abraham, one of its founders, tells the Times. The site (claims) to lampoon betches’ most annoying, offensive, and damaging habits and predilections. Fans admire its boldness, as one Northwestern student claimed Betches Love This says “the things that most of us are thinking, but would never say out loud.”

These brave insights into betch culture range from the relatively benign (their love of Equinox and expensive iPhone cases) to a host of horrifyingly offensive ways to not eat and make fun of people betches deem as fat. There are WAY too many to list in this article, but here’s a pretty telling quote from the site on diet:

No matter how skinny a betch is, she will always claim to be on a diet. The marginal 1% of betches, the fat ones, are kept around to make the others feel good about themselves, and to eat their leftovers to dispel the eating disorder rumors.

Wow, Betches, thanks for saying all the things I wish I could admit out loud, namely that I only remain friends with girls who eat solid food to assuage my own insecurities about my superficial, but nonetheless proudly bony ass!

I’d like to say that dieting comment was a one-off, but the amount of references to acting “ano” (anorexic) or lines like “salads are the only acceptable food a betch can eat other than sushi and air” are all over the place. In fact, according to the Times article, the site had to take down a post on “How To Get People To Accuse You of Having an Eating Disorder” when so many people complained and one girl said her friend hadn’t eaten in two weeks because of it.

At least in a super classy move, founder Samantha Fishbein took ownership for the impact of her words, saying “I can’t feel responsible for every girl who feels like she needs to be 90 pounds because we made a joke.”

Yet, as much as their content regarding weight and dieting disturbed me and their disregard for their readers’ wellbeing made me want to rip their iced coffees out of their well-manicured claws, the blurred line between satire and validation is what kept nagging at me.

In reading through the website, I was wondering why I had to keep myself from purging (and no, betches, not in the good, “I really want to lose three pounds” kind of way), but felt really meh towards Princesses: Long Island. In theory, since both showcase the materialistic, vapid women—and the latter in an exclusively Jewish way—I should be equally revolted and enraged by both, if not much more so by Princesses. (A side note: Betches Love This specifically does not limit betches to any race or ethnicity. Of course, referring to the “token Asian betch” doesn’t exactly make them UN diplomats)

After speaking to (okay, it was actually texting) a college friend who braved the betches of Long Island, as I had of Westchester, I realized what bothered me so much. “It thinks that by being clever it’s not serious. But these girls actually are what they write,” she said/texted of the site. The fact that these girls seem to live more than mock the betch lifestyle is what’s so irritating about it.

While Princesses operates on the premise that these women are ludicrous caricatures of real people (whether Bravo admits it or not, we, the audience, are meant to be entertained by their ridiculous lifestyles), Betches Loves this validates such a culture. It glorifies the superficialness, the narcissism, the total dependence on Daddy or the doorman.

For one, the founders seem to be living the life they claim to be mocking. The Times article describes them as having “sleek brown hair, a penchant for leggings and shared dialect littered with ‘like’” and bragging “If you want some empowerment, go read Lean In.” And their readers too often appear to take their “jokes” as the emiss. For example, on their list of things that make you a betch, one is “Getting Shit for free.” One commentator wrote “I pride myself on the fact that random girls try to buy me drinks. If that means I’m going to hell the so be it.”

Yeah, that’s not really satire when the fans see it as a guidebook and, worse, a source of validation.

Or, as Katie J.M. Baker at Jezebel writes, the three founders “seem to think they’re rising above by making fun of themselves. Are they, really? Hell, no. But they’re making bank.”

And making bank is not necessarily a bad thing. Better they be paying for their Soul Cycle classes and juice cleanses than their daddies, right?

But it’s not without consequences. After Baker’s own review of the racial insensitivity and completely vapid incompetence illustrated on the site forum, she concludes: “Self-aware betches may be entertaining for some, but their impact on oblivious betches is horrible for everyone.”

Even if the founders of betches are attempting satire (which is a claim that seems about as genuine as $50 Louis Vuiton knockoff sold outside Grand Central station), it saddens me that so many of their readers find encouragement for their betchiness. Maybe with a little more solid food in their systems, they’ll realize it was all a joke.