Paula Deen and the Oppression Olympics 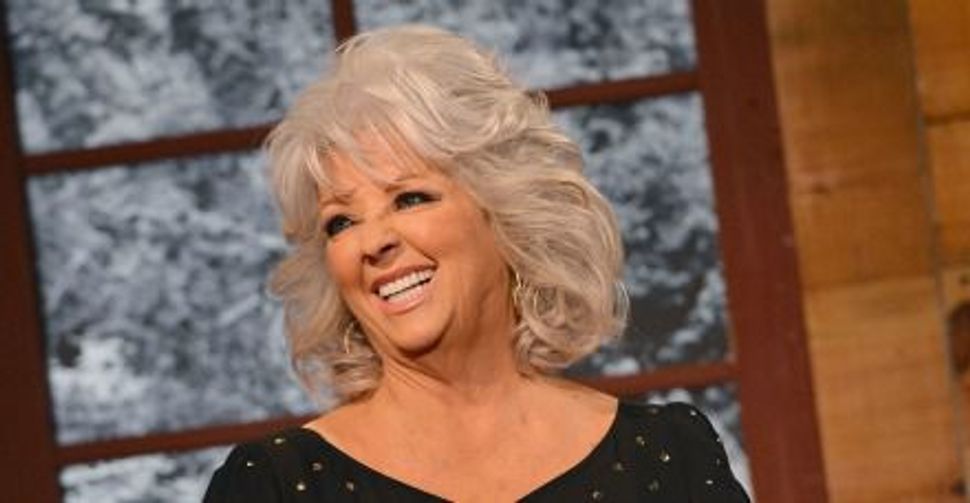 The website XOJane.com published a post by one of its regular contributors, India-Jewel Jackson, entitled “Let’s Talk Paula Deen and Apology Culture – Should Celebrities Be Forced to Apologize In Spite of Their Beliefs?”

However, it wasn’t Jackson’s post on June 24 that caused controversy among the blog’s devoted followers – it was one of her comments. In the comment thread on the piece, Jackson compared slavery to the Holocaust, arguing that black people had suffered more from slavery than Jewish people had from the Shoah.

“BUT, with the slavery vs. holocaust debate, it’s a bit different, as it was ultimately based upon race vs. religion, as in, Blacks were enslaved for hundreds of years, because they were Black. They couldn’t change or alter the appearance so as to escape and fly under the radar. Jews were exteriminated [sic] (@peachgrenade’s words–not mine) for not being blonde + blue and because of their religion–the hair and the religion, they could change,” she wrote in response to another commenter.

The thread then turned into what might be called the Oppression Olympics, with people complaining that certain groups had more right to victimhood than others. Turning systematic oppression into a contest where minority groups vie for the title of “People who had it the worst” serves only to diminish all of our experiences. The post racked up 421 comments, with commenters debating everything from whether Jewishness is a choice to whether Native Americans actually beat both black and Jewish people in the carnival of suffering. The original subject of the post, Paula Deen, was long forgotten.

Jackson’s remarks were picked up by Get Off My Internets, a blog devoted to picking apart blogger culture and pointing out foolish behavior online. Not long after, XOJane shut down further comments on Jackson’s post. Today, the website offered up a tepid apology. “Last week, one of our contributors expressed some extremely troubling and downright offensive ideas in comments. We were all shocked and upset by what was said,” read the opening paragraph. That’s a great start, but the post never mentions who the author was, what was said, or why it was offensive. Perhaps XOJane assumes that all their readers are hardcore enough to follow every single post and comment thread, but a more casual reader coming to the site would just be confused.

It may be that XOJane, who made a big deal of hiring Jackson on as a contributing beauty and health editor when she won a contest sponsored by the site, doesn’t want to call any more attention to controversial and divisive comments. But the vague apology makes it look like they’re avoiding the issue. As I learned on Yom Kippur, a true apology isn’t just a hastily thrown out ‘sorry’ – it’s a clear assertion of what exactly you did wrong and why you’re sorry about it. Instead, XOJane made a half-hearted mea culpa and buried it under a pile of comments about how they’re ‘working on’ changing their contributor guidelines at some point.

On one level, I commend XOJane for not simply deleting Jackson’s comment and pretending that nothing happened. But making a wishy-washy apology and then not following it up with specific actions is a waste of an opportunity to educate. For a site that claims to love honest discussion, they owe their readers – no matter what race or religion they may be – an honest account of what happened and why.

Paula Deen and the Oppression Olympics