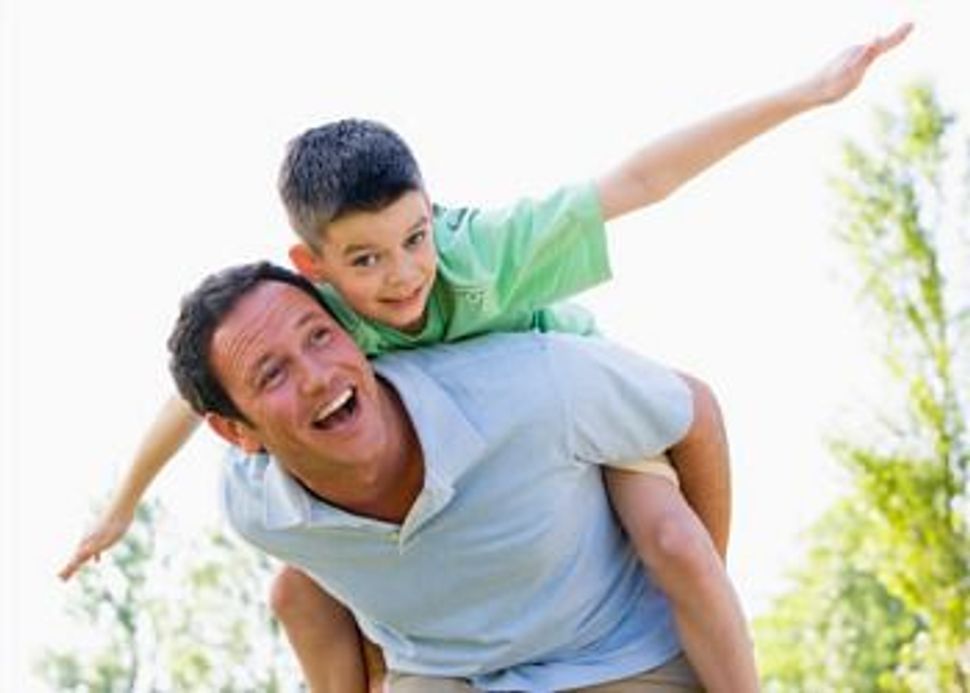 On Monday, the New York Times ran a now heavily criticized story about working moms whose lean-in fantasies involve baking cookies and softball games instead of professional achievements. The article mostly focused on one woman, Sara Uttech, an agricultural association executive who is more interested in flexible scheduling and sick leave than promotions.

For mothers like Uttech, “the ultimate luxury for some of them, in fact (though not for Ms. Uttech), would be the option to be a stay-at-home mother. ‘I never miss a baseball game,’ said Ms. Uttech, uttering a statement that is a fantasy for millions of working mothers (and fathers) nationwide.” Unfortunately, fathers remained, literally and figuratively, parenthetical throughout the piece, leaving readers with the old-fashioned notion that, when it comes to the house and kids, mom is on her own. When fathers are left out of the work/life conversation it sends the message that it shouldn’t be their concern.

Thankfully, some dads have begun to speak up about this on their own, and what they are saying sounds a lot different than what the Times was saying with all those parentheses. Believe or not, fathers actually want to father.

As Bryce Covert over at The Nation pointed out, when men are offered paternity leave, they take it. California has a paid family leave program that 76% of fathers in the state take advantage of. Also, men appear to be feeling as conflicted about balancing work and life as women do.

Men have a thirst for this shift as much as women do. Rampell notes that less than half of workers of either gender are actually striving for a job with more responsibilities. The fathers interviewed by Boston College placed a high importance on flexible work arrangements, valuing it over good advancement opportunities and high income. One study reported that fathers in two-earner couples feel significantly greater work-life conflict than mothers, a trend that has been rising rapidly. Half of the working fathers Pew recently polled said that it is difficult for them to balance their jobs and their families. It found “no significant gap in attitudes between mothers and fathers.”

Tom Stocky, a Facebook employee, shared some of this thoughts on his four months of paid paternity leave on his, um, Facebook page. He talked about how it wasn’t until he felt good at parenting that he began to really enjoy doing it, and also how surprised he was by the double-standards for men and women when it comes to childcare.

An example of [these double-standards] is the ridiculous praise I often get for changing a diaper or buying groceries with my daughter. To channel a more politely-worded Chris Rock, of course I take care of my kids, I’m supposed to, you low-expectation-having (yet well-intentioned-and-undoubtedly-nice) person. It also still gets under my skin when people call it “babysitting” or “daddy daycare.”

He finished the post by saying how sad and even guilty he felt for having to go back to work.

If you have ever ventured into the mommy blogosphere, these sentiments will feel awfully familiar. What Stocky understands, like many other men and women but not the New York Times, is that solving the work/parenting puzzle is something we are all straining to do, mommies and daddies.