Swimming for Maccabiah Gold at 70 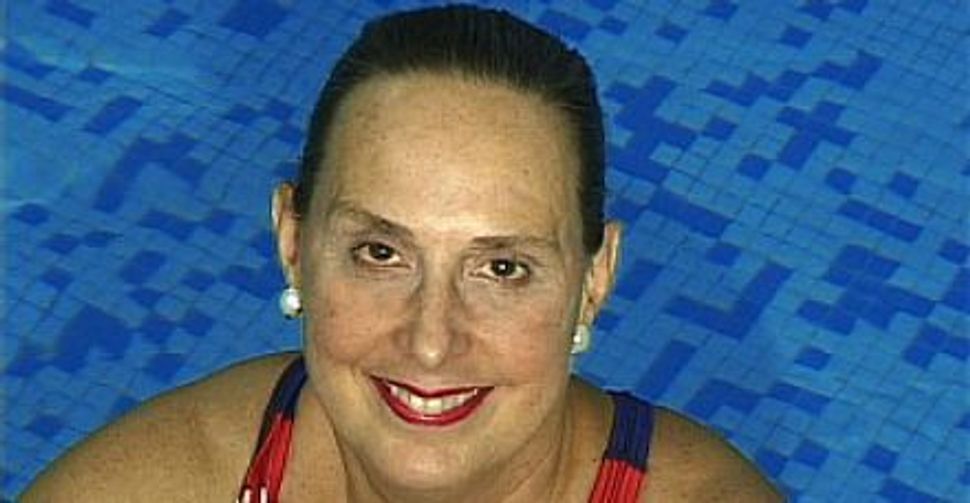 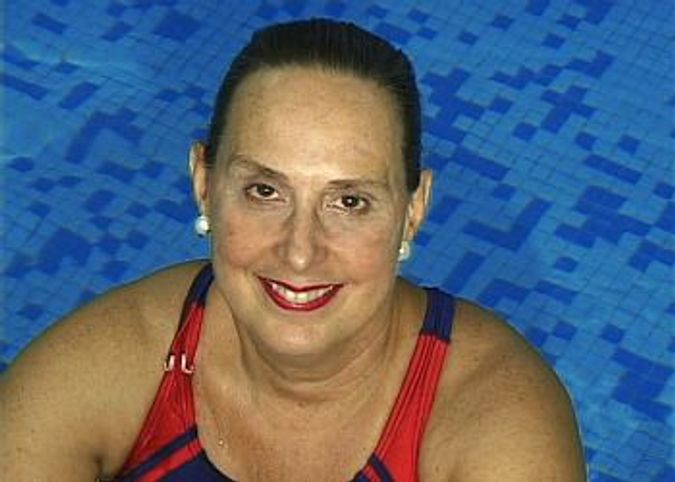 There are over 900 American athletes competing at the 19th Maccabiah Games currently taking place in Israel. Among them is swimmer Dr. Jane Katz, who broke a record before even getting in to the pool. Katz, 70, is competing in an amazing 14th consecutive Maccabiah Games. While many Jewish athletes have been coming to the “Jewish Olympics” for many years, only Katz can date her first appearance back to 1957.

Katz, who grew up on the Lower East Side and still lives in New York, was just 14 years old at her first Maccabiah Games. At that time, she could never have imagined that she’d still be at it 56 years later. She swam in the open competition as long as she could, and then she served as a coach or manager for four games. When Masters level competition (age 35 and up) was introduced in 1985, she got back in the water — where she has been ever since. At these games, she plans on swimming an ambitious 13 events over three days in the women’s 70-74 age group.

Katz has made a splash far beyond the Maccabiah movement. She has been teaching water fitness at City University of New York since 1964 and is a professor at John Jay College in the Department of Physical Education and Athletics. She is an American and world champion Masters swimmer and synchronized swimmer, and has received many awards and recognitions, including her induction to the National Jewish Sports Hall of Fame in 2011.

She spoke with the Forward’s Renee Ghert-Zand, sharing her memories from her first Maccabiah Games and thoughts on how being part of the Maccabiah movement has influenced her life.

How did you start swimming, and why have you continued with it all these years?

My father volunteer taught Lower East Side kids how to swim. (He learned to swim after almost accidentally drowning at age 14). That’s how I got started. I was a klutzy kid, but graceful in the water. If you do well with something, especially as a child, you continue with it … I love sharing the wonders of the water.

What do you remember from those first Maccabiah Games in 1957?

We were in Gal Gil Pool in Ramat Gan. I was 14 and it was just incredible. I had never been on a plane before, and I’d never been away from home before. It took two days to get there — prop jets were very basic. My parents didn’t come with me, because we didn’t have the money for that. I had relatives there who I met. I remember the lines were oddly diagonal on the bottom of the pool — you can even see them in the picture of me that was on the cover of the Israeli youth magazine.

We had a wonderful time. I met people I still see in New York, Israel and elsewhere who still swim.

At the Maccabiah Games, I’m more concerned about speaking with other people, getting people on board. We have a fabulous Masters team this year — a dozen swimmers. The fun and the pride that you feel are overwhelming. It’s not that you shouldn’t train, but that is not the primarily purpose. It’s a cultural experience, a life-changing one for many people. When I am in Israel I feel like I am home, because I am. That is key. You don’t feel like that at a local meet. You may have a good swim – but it’s not the same.

I never thought about it because Masters didn’t exist then. When you were 18 or 21, you’d hang up your suit because there was no place to go, especially for women … Having the opportunity at the tender age of 70 to be back is a privilege. Hopefully the swimming keeps you going and your quality of life is better and more fun. You can continue doing what you love and share it with other people and meet new friends. Our Masters group complains and kvells at the same time.

How have the Maccabiah Games changed since those early years?

In the beginning it was put together the best that they could do, and it was fine at the time. In 1957, we [the US swim team] were just three swimmers and a diver who we taught to swim. There was no women’s clothing, so they gave as small men’s sizes and cut them up and tried to make them work. We lived in tents and used outhouses.

Now we have sophisticated, tremendous teams consisting of the best Jewish athletes in the States and the world. The U.S. team has 1,100 members [athletes and supporters] and is very strong, but we are not the only game in town. There are a lot of famous athletes … We have great warm ups and super outfits. We have bags, hats, super bathing suits — we didn’t have that the first time.

How have your changed as a person and as a swimmer because of your longstanding involvement in the Maccabiah movement?

I hope that people will support the effort (it goes beyond the games in Israel every four years), so that the whole world will know about and learn about us. Hopefully it will create a more peaceful world. Sports are the common denominator. That’s what these games help to do.

As a swimmer, now I like backstroke and freestyle. Earlier on I did butterfly. Part of it is upper body strength and training. Every season your muscles have a different muscle memory and you have to go with the flow, but no matter what, the water is always there for you.

Swimming for Maccabiah Gold at 70