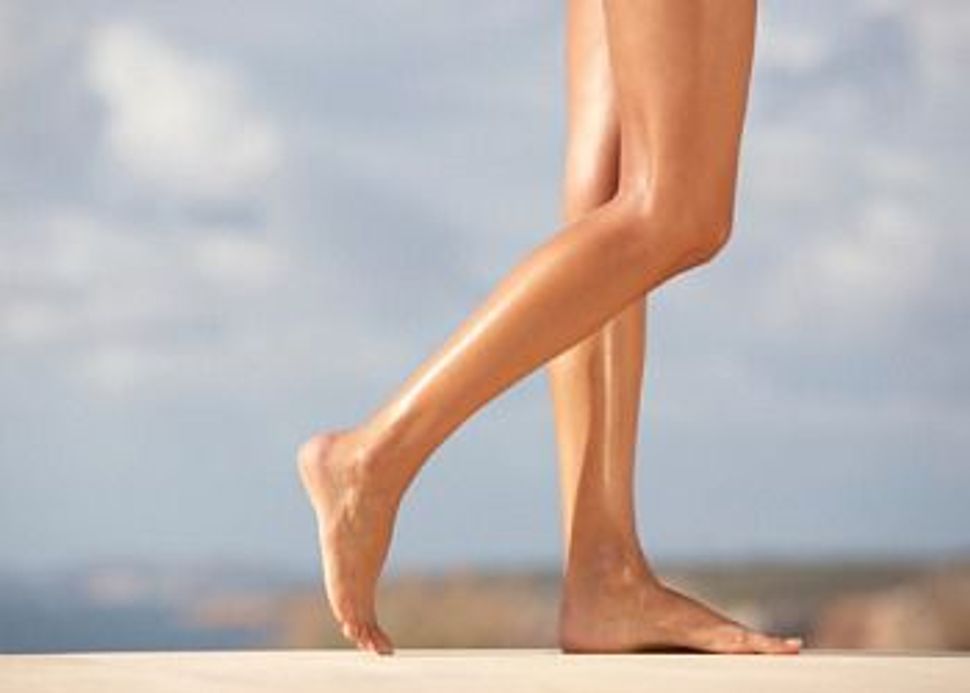 I don’t tan. Actively or passively.

I mean, I don’t put on a bikini and spread myself out on a towel in the path of the sun, nor does my skin turn to bronze should it be exposed to the sun.

For years, for most of my life really, I saw this as a problem. A Jewish problem. Well, my Ashkenazi Jewish problem. Come summers end, I was always embarrassed by my pale legs. I felt as though they were so 19th century shtetl. So wimpy. The legs of a native Yiddish speaker, an introvert, or worse, a pariah. I looked like a girl who just didn’t know how to summer.

As legend has it, Coco Chanel single-handedly made tanning vogue. Up until then, tan skin belonged only to those who labored outside, so the posh, in order to emphasize class difference, stayed as pale as possible. (This is still the case in Asia and elsewhere.) Then Coco came back bronze after a summer in the French Riviera and the rich realized that, shucks, a tan doesn’t just say you spent all summer picking tomatoes as a farm laborer, but can also mean that you are part of the leisure class, the type who might summer with Chanel.

My parents, upwardly mobile second-generation American Jews, gave me everything I needed to make like Chanel and get a tan. This meant a comfortable suburban childhood in Southern California with a swimming pool at home and enrollment in a day camp in the Santa Monica mountains. I did what I was supposed to do with what was given to me. I played Marco Polo and tennis, hiked the local hills and set-up lemonade stands. And I enjoyed it. Still, come summers end, I wasn’t tan. At all.

In my eyes, tan skin was much bigger than looking good. It was about looking weathered, literally and symbolically. By the summers end, I too wanted proof that I had submitted myself to the elements. That I was experienced. Social. Unafraid. I could talk about my adventures, but, still, my skin said something else.

You’d think that today, with all the warnings about skin cancer and the clothes with built-in SPF, that tanning would have somehow lost its cache. It hasn’t. A tan is as prized as ever, still a symbol of leisure, pleasure and a willingness to let go.

Now that I am older, and a little wiser (I hope), I have outgrown my insecurities about being pale as vanilla soft-serve. This is probably because I no longer feel as reliant on the semiotics of skin color to transmit the fact that I am the kind of person that being tan might suggest. Still, I would love to see what its like to turn carmel by Labor Day, an American dream that will never be mine.